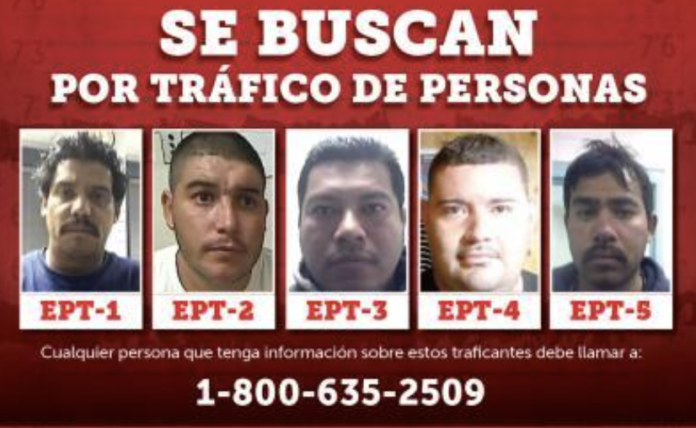 First launched in 2016, this initiative identifies individuals associated with transnational criminal organizations wanted for crimes associated with human and drug smuggling on both sides of the border. The ‘Se Busca Información’ initiative promotes unity and encourages the public to anonymously report information about wanted individuals.

“Transnational Criminal Organizations exploit migrants and treat them as a commodity as smugglers continue to place their lives in danger,” said Acting Chief Patrol Agent Peter Jaquez of the El Paso Sector. “Through this initiative, community members on both sides of the border will have an opportunity to provide us with information to capture these dangerous smuggling criminals who exploit vulnerable migrants for profit.”

Those who believe they have information about these criminals can confidentially report this information to law enforcement in El Paso by phone at 1-800-635-2509 or by ‘WhatsApp’ at (915) 314- 8194. The phone lines are open 24 hours a day to a special ‘Se Busca Información’ intelligence center.

It is important to note that an arrest or criminal complaint is merely a charge and should not be considered evidence of guilt. Subjects are presumed innocent until proven guilty in a court of law.

U.S. Customs and Border Protection welcomes assistance from the community. Citizens are encouraged to report suspicious activity to the U.S. Border Patrol while remaining anonymous by calling 1-800-635- 2509.