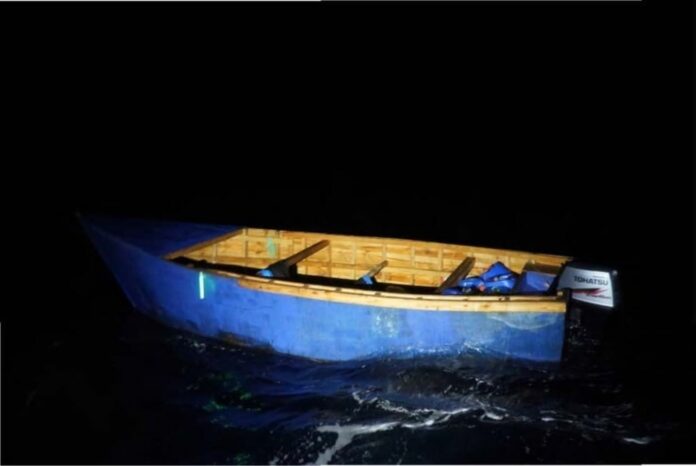 Among the group of migrants interdicted, a Dominican man is facing potential federal criminal immigration charges for attempted illegal reentry into the U.S., while two Brazilian men are awaiting further interviews by U.S. immigration authorities.

“The resolve and efficient coordination between Coast Guard and Caribbean Border Interagency Group partners operating daily to identify maritime threats in our area led to the detection and successful interdiction of this overloaded and unseaworthy vessel,” said Lt. Cmdr. Michael Vega, Sector San Juan chief of enforcement. “Each interdiction helps secure our maritime border from illegal immigration and deters the smugglers who put the lives of these people in jeopardy from taking to sea in unsafe boats.”

During a routine patrol in the Mona Passage Thursday night, the crew of a U.S. Customs and Border Protection aircraft initially detected a group of migrants traveling aboard a 20-foot wooden and overloaded makeshift boat, approximately 46 miles northwest of Aguadilla, Puerto Rico.