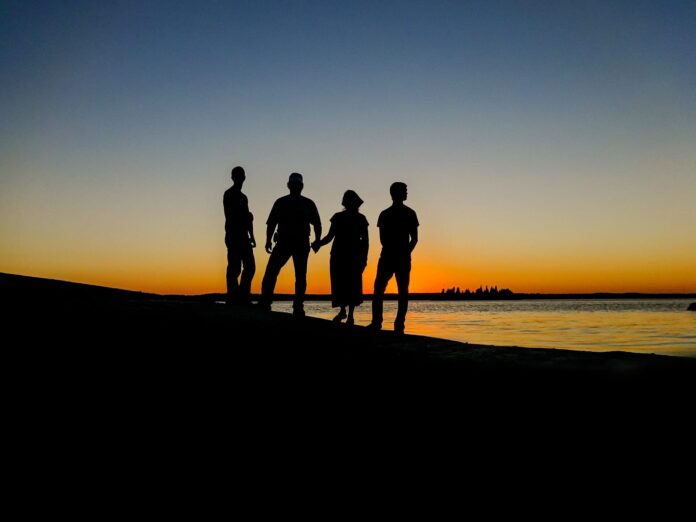 COVID-19, and measures being taken by countries to control its spread, are impacting crime around the world, including migrant smuggling and human trafficking.

While some of the preventive measures have effectively hindered certain criminal opportunities in the short-term, smugglers and traffickers, as well as their victims, have sought and found ways to overcome them.

Migrant smuggling and human trafficking are particularly affected by geo-political and socio-economic factors which vary greatly by region and in the ways they drive vulnerable communities in those regions to migrate.

The COVID-19 pandemic is, and will continue, influencing these factors across the globe. The economic consequences will significantly impact peoples’ desire and ability to migrate, as well as the incentive and opportunities for criminals to profit from illegal migration which is also expected to increase.

An INTERPOL report, which is for law enforcement only, provides a global overview of the short, medium and long term impacts on migrant smuggling and human trafficking.

“We see misinformation being used by human traffickers to convince desperate people to use their services, and at an even higher personal and financial cost because of increased difficulties in completing a journey due to travel restrictions.

“It is essential that law enforcement continues to cooperate and communicate internationally to maintain our vital work in protecting desperate men, women and children from potentially becoming victims of human slavery,” concluded the INTERPOL Chief.

For example at the end of March, 64 male migrants were found dead, likely from asphyxia, inside a shipping container loaded on the back of a truck, while crossing into Mozambique from Malawi. Fourteen surviving migrants, who were also travelling in the container, were rescued and treated at a local hospital.

The near cessation of international travel in March and April meant that migrant smuggling by air, notably intercontinental smuggling, stopped entirely. Restrictions on the maritime sector also had a short-term impact on smuggling routes by sea, such as those crossing the Mediterranean from North Africa to Europe.

Despite these immediate declines, migrant smuggling by land and sea continues around the world, and in ever more perilous conditions.  Key land migration routes, for example those connecting Central America to North America and the Horn of Africa to South Africa, have remained active as smugglers monitor border management in order to evade controls.

Europe and North America, the most frequent destination countries for irregular migration and migrant smuggling, have also been amongst the most heavily impacted by the COVID-19 outbreak. Information strongly suggests that migrants have not been discouraged from reaching, or attempting to reach, these destinations despite the risks of contagion.

Overall, while border closures and lockdowns may have temporarily stalled or stranded migrants en route, these same restrictive measures have also opened opportunities for smugglers and traffickers willing to take on the increased risks for increased premiums.

Due to its covert nature, the effects of the COVID-19 pandemic on human trafficking are harder to assess with certainty. It is highly likely that the pandemic and the ensuing global economic consequences will only increase the pool of at-risk persons and the likelihood of their being deceived, exploited, and ultimately, trafficked in the mid-term.

In Central America, several countries have seen a steep fall in the detection of irregular migrants. One country went from detecting an average of 150 irregular migrants per day to zero during the last week of March.

Migrants stranded in South and Central America are likely to converge on Central American countries, such as Guatemala, where organized crime groups involved in smuggling remain responsive to the demand of migrants to move north. Despite border closures in destination countries, human trafficking in the region continues, and INTERPOL cautions that law enforcement should be ready for an expected surge when restrictions are removed.

Most African countries have implemented some travel restrictions on their borders to prevent the spread of COVID-19, however, these have not been sufficient to dissuade smugglers or migrants in certain regions.  The land route from the Horn of Africa to South Africa continues to show signs of activity where the evasion of border controls has, in some cases, taken a fatal toll on the lives of migrants.

Migrants are still arriving in smuggling hubs in the Sahel region, and with deteriorating humanitarian conditions in Libya due to ongoing conflict, it is almost certain that attempts to migrate to Europe will continue in spite of the pandemic.

With access to desired destinations being increasingly difficult, smuggling networks will be likely seeking new means of entry and charging premium prices for their so-called services.

INTERPOL’s report warns that Increased militia activity in Libya is likely to see an increase in smuggling activities. Further, increased demand, and higher prices, for smuggling activities is expected in response to greater difficulty to enter destination countries.

Migrant smuggling along one of the west-bound routes from South Asia into Africa, South America, Europe and the Middle East Gulf countries, rely primarily on air travel.  For this reason, these routes have been largely interrupted.

Within the Southeast Asian region, migrant smuggling incidents involving Rohingya refugees from Bangladesh to Malaysia by sea increased threefold from March to April 2020. The sudden increase was likely due to the fear of COVID-19 contagion in refugee camps fostered by migrant smugglers to boost demand for their services.

Nearly all the estimated 23 million migrant workers in the Gulf Countries are employed in sectors which are very likely to be disproportionately impacted by the economic effects of COVID-19.

A new wave of irregular migration from Asia and the Middle East is likely to hit Europe in the mid-term as the post-pandemic economic crisis comes into full force.

Similar to other regions of the world, travel restrictions enforced across Europe to prevent the spread of COVID-19 have impacted and largely disrupted migration flows by air, land, and sea in the short-term. The number of detections of migrants illegally crossing all external borders into Europe fell by 85 per cent from March to April 2020.

Smugglers are now using smaller boats to cross water-borders, such as the English Channel, and migrants are being dangerously concealed in the compartments of trucks, freight vehicles, and cargo trains to cross land borders.

Migrants departing mainly from Western Sahara have continued to arrive in the Spanish Canary Islands along the highly perilous Atlantic route in unseaworthy vessels.

INTERPOL says as long as the travel restrictions remain in place and authorities mobilized to enforce them, the number of irregular migrants arriving, particularly along Eastern and Western land and maritime routes, is likely to remain low.

Human trafficking, whether for sexual or labour exploitation, is already complex to detect in ‘normal’ times. The novel coronavirus pandemic has only pushed human trafficking deeper into the dark and its victims further from possible detection and assistance.