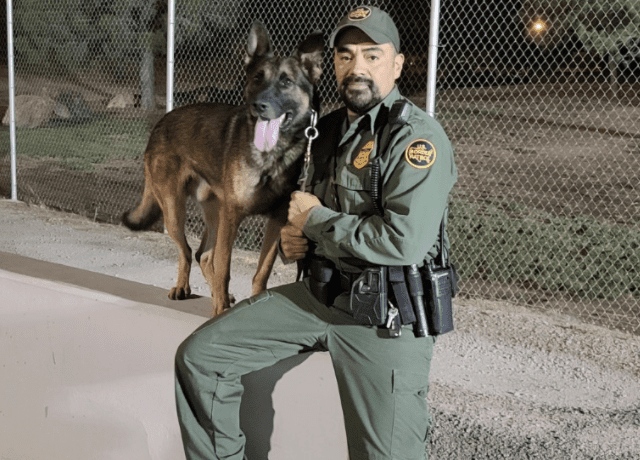 Border Patrol agent and K-9 handler Freddie Vasquez was being laid to rest today with full Border Patrol honors after dying from COVID-19 on May 8.

Vasquez, 43, entered on duty on June 16, 2002, as part of the 515th Session of the Border Patrol Academy. He served in the Border Patrol for nearly 19 years and for the last three years of his career he served as a USBP Canine Handler.  At the time of his passing, he was assigned to the El Paso Station, El Paso Sector, Texas. He earned two medals of valor for saving two drowning migrants last summer.

Vasquez is the tenth CBP employee to pass away in the line of duty this year. Acting Commissioner Troy Miller told a House committee today that more than 8,700 CBP employees have tested positive since the beginning of the COVID-19 pandemic.

The Los Angeles Times reported in April that Vasquez contracted COVID first in March 2020 and again this February, when he was hospitalized and placed on a ventilator. His wife said he had delayed getting vaccinated.