HSToday: What made you so passionate about giving a voice to human trafficking?

Mehlman-Orozco: So I first learned about human trafficking while I was at graduate school and I thought I was a pretty well-educated graduate student, but I had never heard about the concept of trafficking before and the idea that slavery still existed in the United States and internationally – it was just appalling to me. And pretty much I took a course on it and started writing about it, and it was just one of those things that every time I saw a victim talk about her victimization or his it would just kind of evoke these passionate emotions out of me. And they say that if you love what you do you never work a day in your life, and I really do truly love it and volunteer and give a lot of my time, effort and energy into this issue because I think that these are marginalized populations that are being abused and used. And they really don’t have a voice, and so they need somebody that can give them a platform to let them know that this still exists. Really kind of bring that crime and that victimization out of the shadows and let advocate — we’re here, we need help, and how do we get to that point? Or we’re actually eradicating slavery for good.

HSToday: Was there anything that surprised you or that you learned when writing Hidden in Plain Sight: America’s Slaves of the New Millennium?

Mehlman-Orozco: Well, the concept of this book actually came from my interviews with human traffickers, and what surprised me from them was I kind of had this ivory tower understanding of how human trafficking existed. Sort of what the public believes, as well – that people were being physically kidnapped, that the guys were just evil and mean and just heartless and just awful people. And you can really tell that from the reactions, but the reality was when I was interviewing them – they’re extremely intelligent. Very cunning. One of the traffickers I interviewed spoke four languages, would quote philosophers from memory. He was smarter than many of the people I went to graduate school with. And that was what was shocking to me, to know how intelligent they were and how well-spoken and how they can really be a chameleon and interact on par with whoever they were conversing with. And that was what was most shocking to me and that’s what I wanted to put in the book. You know, take readers behind the headlines and show them what human trafficking actually looked like. In addition to human traffickers, the fact that the men purchasing commercial sex services were educated men. They’re mostly married. They were professionals, they had master’s degrees or above and that we likely associate with in our daily lives without knowing the fact they are fueling this type of sexual exploitation. So the narratives of who was being used, who was using these services – who were the abusers were just really shocking to me and I don’t think that was something I really truly grasped until I did the research for the book. 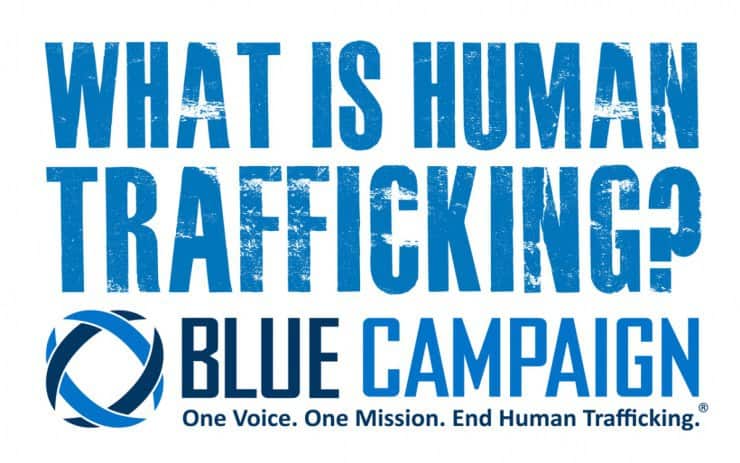 HSToday: What was your most memorable case in human trafficking?

Mehlman-Orozco: Each and every one of them is very emotional, as far as hearing the accounts of who’s being abused and the abuser, but the most notable ones recently ended over this past summer. The human trafficker’s name was James Joseph and his pimp name was “Spider,” and that one sticks out in my mind because he was actually on America’s Most Wanted, on Investigation Discovery years before I got involved in the case because he had gotten …or he was arrested for sex trafficking and was arrested for kidnapping and all of these other things, but he pled down to lesser charges. I think he only ended up serving eight months in federal prison. And so he got back out and allegedly, I was writing on the case, he kept on doing the same things. So then I testified in the second case. I didn’t testify in the first one but in the second one he was convicted and I think he’s facing a very heavy sentence right now.

HSToday: Are there any indicators that someone is being trafficked or looking to traffic …like the perpetrators? What can we look out for?

Mehlman-Orozco: I think it’s really hard to tell who is a potential human trafficker just because they come from different backgrounds, from different walks of life. And also it depends on the type of human trafficking. As far as populations or victims who might be at risk – I conceptualize it off of Maslow’s Hierarchy of Needs and so if somebody has a need or a void in their life, they are at risk of being exploited by a criminal enterprise. Any criminal enterprise including human trafficking. So for example at the very base level – you know Maslow was talking about what we’re motivated by, what kind of motivates our decisions and choices. At the very base level we’re looking for food, shelter, water, so kids that are runaways or homeless or food insecure, you know, they could be at risk of being trafficked. At the very next level we all search for safety. So a child who’s a victim of child sexual abuse or any other type of harm in the home could be at risk of being pulled into a trafficking situation. After that it’s love and belonging, self-esteem and self-actualization and really human traffickers are able to read those needs. So I guess the biggest thing for sex trafficking… I’m sure you ladies have dated guys right? If a guy kind of within say the first week was like ‘I’m in love with you, you’re the most beautiful thing. I give you my life,’ I feel like that’s a red flag for me. (Laughter) Just because it takes time to build up those relationships. But sometimes I think some women can just kind of be swept away by someone who’s being really romantic. Because there is this concept of the fairytale love at first sight. If some guy is being overly generous with his time or emotion or affection, you want to believe that it’s genuine. But I think for me it’s a red flag just because I think that that’s an exception rather than a rule – and also, for the Romeo type of pimp or the Romeo type of sex trafficker, that’s a very frequent manipulation they use. Like focusing on love and relationships.

HSToday: What is your message for the public generally and do you have a different message to law enforcement?

Mehlman-Orozco: For the public, generally, I think it’s to educate themselves in addition what they see on the internet or what they read in media. I think what I’ve found is that the narrative behind the headlines is very different so don’t think that, you know, they’re seeing a story about a rescue or rescues that that victim isn’t being re-victimized or erroneously criminalized or hurt post rescue.

For the traffickers, even if they’re arrested, that doesn’t mean that they’re going to be convicted. And they need to understand where the gaps lie in order to advocate for the victims – I’d be very careful about where you donate your time and money. Because I think that some of the funds can be re-allocated, I think there’s a lot of duplicative services and we need to kind of be more strategic and we’re kind of volunteering our time and energy.

As far as law enforcement is concerned, I would say advocate – what they believe privately should be what they advocate for publicly. And the reason why I say that is there is a very popular piece of legislation right now called the Stop Enabling Sex Traffickers Act. They’re advocating for it because they’re saying websites such as Backpage “facilitate sex trafficking.” That is not true. It is absolutely not true. The internet has facilitated sex trafficking as a whole but not one particular website. And, in fact, privately, law enforcement and prosecutors – they say, and have commented to me on numerous occasions that Backpage has been a useful tool. It’s like shooting fish in a barrel. They know where to look, they know how to get it. They put up fake websites and actually Backpage has been extremely responsive and cooperative to law enforcement, testifying in cases and all sorts of things.

Why would you go after that website? And they’re saying if we go after that website it’s going to address sex trafficking, it’s going to reduce it. No. There’s no evidence to say that’s true. I mean, they know it privately but they just don’t speak out because how that website’s been vilified in the public. So what will happen is if this legislation’s passed, those advertisements are going to get displaced. They’re going to be displaced to non-cooperative websites, to password-protected websites …and others that are going to inhibit the ability of law enforcement. So there’s going to be a displacement and also something called dispersion. Instead of it being at a centralized location where we all know where to look. It’s going to be in like 10 or 15 or 20 different or a hundred different websites. It’s going to be unmanageable for law enforcement to provide capable guardianship. So for law enforcement and for the public it’s pretty much just advocate for evidence-based policies. If you are truly committed to addressing this issue, don’t just do something because it sounds good. Or because it’s easy to get the public involved as far as like symbolism. Do something that actually works.