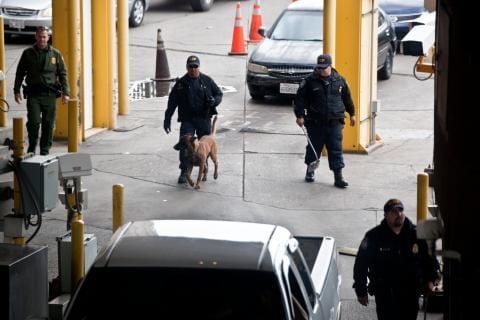 A GAO report has found that DHS and HHS could still take more steps to improve the transfer and monitoring of care of unaccompanied children who illegally cross the border.

The agencies have agreed to establish a joint collaborative process for the referral and placement of unaccompanied children, but the process has not yet been implemented.

ORR is responsible for coordinating and implementing the care and placement of unaccompanied children, or children who enter the United States with no lawful immigration status. The number of these children taken into custody by DHS and placed in ORR’s care rose from about 6,600 in fiscal year 2011 to nearly 57,500 in fiscal year 2014, many coming from Central America. Though declining somewhat, the number has remained well above historical levels. In fiscal year 2017, DHS referred 40,810 such children to ORR.

In 2015, GAO reported that the interagency process for referring unaccompanied children from DHS to HHS’s Office of Refugee Resettlement (ORR) shelters was inefficient and vulnerable to error, and that each agency’s role and responsibilities were unclear. It  recommended that DHS and HHS jointly develop and implement an interagency process with clearly defined roles and responsibilities, as well as procedures to disseminate placement decisions, for all agencies involved, and in February HHS said the agency was reviewing a draft of the DHS-HHS joint concept of operations.

In 2016, GAO reported that ORR relied on grantees to document and annually report on the care they provide for unaccompanied children, such as housing and educational, medical, and therapeutic services, but documents were often missing and ORR was not able to complete all of its planned visits. It recommended that ORR review its monitoring program to ensure that onsite visits are conducted in a timely manner, that case files are systematically reviewed, and that grantees properly document the services they provide. Since then ORR has reported that its grantee monitoring has improved, with more timely completion of on-site monitoring of all its grantees.

GAO also reported that most unaccompanied children from certain Central American countries were released to a parent or other relative, in accordance with ORR policy. In 2016, GAO reported that limited information was available on the services provided to children after they leave ORR care, and recommended that HHS develop processes to ensure its post-release activities provide reliable and useful summary data. Since then, ORR reports that the number of children receiving these services has increased from 10 percent in 2014 to 32 percent in 2017.