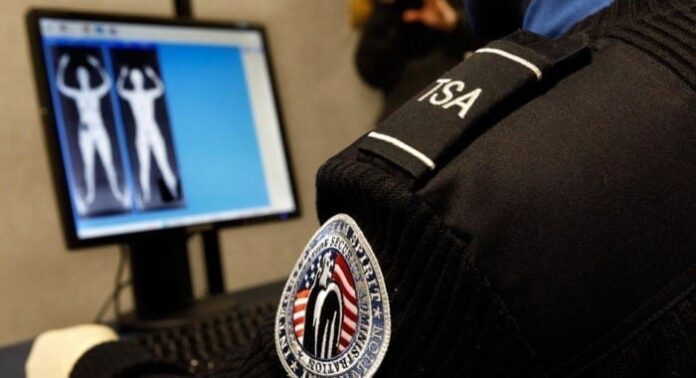 Inevitably, airport screening technologies can become less effective over time, making regular performance testing crucial. However, a new report from the Government Accountability Office (GAO) says the Transportation Security Administration (TSA) does not continue to fully test screening equipment after it has been installed.

The TSA Modernization Act includes a provision for GAO to review TSA’s deployment of detection technologies and their standards. Detection standards specify the prohibited items (e.g., guns, explosives) that technologies are to detect, the minimum rate of detection, and the maximum rate at which technologies incorrectly flag an item. TSA operationalizes these standards by adapting them as detection requirements, working with manufacturers to develop and test new technologies (software or hardware), and acquiring and deploying technologies to airports.  For the standards GAO reviewed, this process took between two and seven years, based on manufacturers’ technical abilities and other factors.

GAO found that TSA’s deployment decisions are generally based on logistical factors and it is “unclear how risk is considered when determining where and in what order technologies are deployed because TSA did not document its decisions”.

While TSA considers risks across the civil aviation system when making acquisition decisions, the review found it did not document the extent risk played in deployment, and could not fully explain how risk analyses contributed to those decisions.

There are of course challenges in designing a process to ensure that screening technologies continue to meet detection requirements after deployment. Conducting live explosives testing in airports would be costly and extremely difficult, and moving large equipment to a test facility on a regular basis is not feasible.

In fiscal year 2018, TSA determined that computed tomography is the best technology available to address rapidly evolving threats in the transportation sector, and plans to eventually deploy it to all checkpoints and replace advanced technology x-ray technology. TSA estimates additional life-cycle costs of $804 million to acquire, deploy, and maintain more than 800 computed tomography systems through fiscal year 2026. This cost estimate could decrease however, as the per unit cost for CT machines falls.

As part of the wider review, TSA officials told GAO that they operate under the assumption that every airport is a possible entry point into the aviation system for a terrorist, and they do not consider there to be a significant difference in vulnerability among airports when deploying screening technologies. However, GAO said TSA officials did not provide analysis or documentation that supported this conclusion. Officials noted the exception to this assumption is a handful of airports that are consistently considered to be the highest risk because of known threats and a high volume of international travelers.

Logistical factors are a primary factor in screening technology deployment. TSA uses modeling software to determine the most efficient number of units to allocate to an airport for each type of screening system. This analysis takes into account variables such as the number of flights at an airport, airport passenger volumes, items per passenger, and secondary search rates. Additionally, agency officials told GAO that the layout of an airport is a significant determining factor for the number of units it receives. For example, an airport that has centralized checked baggage screening areas will need fewer explosives detection systems than an airport that has checked baggage screening areas dispersed in different locations.

GAO made five recommendations, with which DHS has concurred. With regard to the first recommendation that TSA update guidance for developing and approving screening technology explosives detection standards, DHS stated that TSA has recently included updated guidance in its Requirements Engineering Integrated Process Manual.

DHS also concurred with the third recommendation that TSA document its assessments of risk and the rationale behind its decisions to deploy screening technologies. According to DHS, TSA has instituted an improved process for documenting elements that contribute to deployment decisions. DHS stated that TSA will continue to include a comparable level of documentation in future deployment plans for screening technologies.

GAO’s fourth and fifth recommendations – that TSA develops and implements a process to ensure that screening technologies continue to meet all detection requirements after deployment to commercial airports, were also agreed. DHS stated that TSA will develop recurring individual post implementation reviews (PIR) for all screening technologies, to assess multiple aspects of system performance, including detection over time. DHS also stated that TSA intends to examine the component performance of the detection chain rather than a direct measure of detection requirements, due to the limitations of using live explosives and simulants. DHS stated that because the detection chain for each technology is unique and will require individual reviews, TSA is developing a policy on the PIR development process, which it estimates will be completed by March 31, 2020. TSA plans to implement the review process on the first screening technology by December 31, 2020.

Shortly after 9/11, many airports were quick to acquire detection systems, but there was criticism from within the industry that in some cases these systems sat idle for too long before being installed and fully functional following operator training. Today, that is no longer an issue, but TSA must take care to ensure that these vital technologies continue to function fully and meet operational standards. It is not enough to install equipment and train users on technology that can degrade over time. There must be regular monitoring and preventative maintenance to ensure these life-saving and not inexpensive systems continue to do the job they were purchased for.