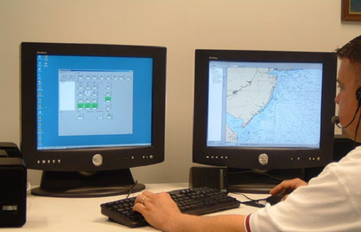 More than 75,000 life-saving search and rescue cases have been processed by the US Coast Guard (USCG) using the General Dynamics (GD)-built Rescue 21 system since 2009, GD announced today.

The system also supports Coast Guard missions on behalf of DHS including drug interdiction and the identification and pursuit of potential threats to national security.

The USCG also said in a declaration published in the Federal Register that “Sea Area A1”service in certain areas off the coast of the United States based on the performance of the Rescue 21 system. The declaration is in accordance with provisions of the International Convention for the Safety of Life at Sea, and follows testing and analysis by the Coast Guard, “validating that Rescue 21 provides more than 90 percent coverage for Very High Frequency (VHF) radio distress communications and digital selective calling,” GD said.

In addition, the Coast Guard said that, "While not related to Sea Area A1, the Coast Guard would like to inform mariners that the Rescue 21 System also provides VHF Coast Stations along the Great Lakes so that continuous Digital Selective Calling (DSC) alerting is available within 20 nautical miles offshore from more than 90 percent of USlocations along the Great Lakes."

The Coast Guard is also building Rescue 21 facilities along the Western Rivers and in Alaska.

“Rescue 21 is the Department of Homeland Security’s first national public safety network that has helped to save thousands of lives, millions of dollars in property, while providing emergency backup communications for local, state and national first responders following a disaster,” said Chris Marzilli, president of General Dynamics Mission Systems.

“The collaboration between General Dynamics and the Coast Guard continues to keep this system operating at peak performance, maintaining and continuously improving the system to reduce system cost while increasing its efficiency and highly reliable performance," Marzilli added.

Sea Area A1 comprises more than 215,000 square nautical miles including the nation’s eastern, western and Gulf coastlines (excluding Alaska) and extends 20 nautical miles out to sea. In addition to Sea Area A1, Rescue 21 also keeps watch over public and commercial mariners navigating national waterways and the Great Lakes.

The USCG’s declaration in the Federal Register said, “By harnessing state-of-the-market technology, Rescue 21 enables the Coast Guard to execute its search and rescue missions with greater agility and efficiency, which helps save lives and property at sea and on navigable rivers.”

The Coast Guard said it "defines Sea Area A1 as those areas where more than 90 percent of the area within 20 nautical miles seaward of the territorial baseline along the East, West and Gulf Coasts of the United States, excluding Alaska, and including Hawaii, Puerto Rico, Guam, the Virgin Islands of the United States and the Northern Mariana Islands of Saipan, Tinian and Rota, is within coverage of Coast Guard very high frequency (VHF) Coast Stations that provide both a continuous watch for Digital Selective Calling (DSC) distress alerts on Channel 70 and a capability to respond to distress alerts."

Fully operational in 2012, the Coast Guard said, "Rescue 21 is the Coast Guard’s advanced command, control and direction-finding communications system that was created to better locate mariners in distress. By harnessing state-of-the-market technology, Rescue 21 enables the Coast Guard to execute its search and rescue missions with greater agility and efficiency which helps to save lives and property at sea and on navigable rivers."

The Coast Guard’s Rescue 21 system is comprised of strategically placed VHF Coast Stations that provide a continuous watch on DSC Channel 70 for receiving, and responding to, digital distress alerts.