Part I: Homeland & Hollywood: A Partnership from Heaven or Hell? 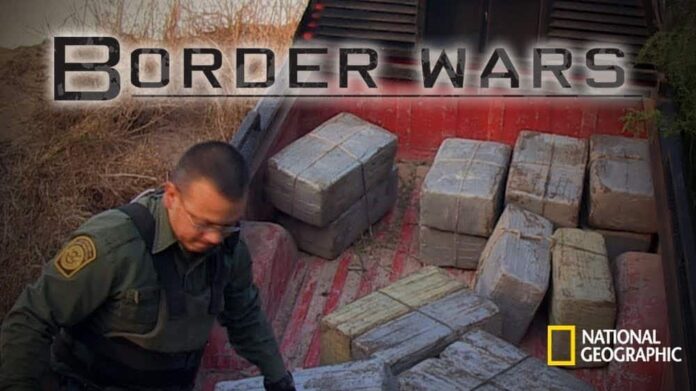 Anne Sittmann, head of the Television and Motion Pictures Division at U.S. Customs and Border Protection, joined Women in Homeland Security for a briefing and sat down with HSToday to discuss CBP’s strategy with Hollywood. Most recently, Sittmann worked with Netflix to produce Border Security: America’s Front Line in addition to Border Wars currently airing on the National Geographic channel.  This is the first of a three part series looking at Hollywood and the nexus between entertainment and education around homeland security issues.

HSToday: How does CBP interact with Hollywood? What’s the point?

Sittmann: Hollywood and the government are no strangers to each other ever since the great character actor George Kennedy established the first motion picture office under the command of Gen. George Patton during World War II. The purpose of that office so many years ago was to render technical assistance and advice in order to ensure accuracy in the portrayal of the Army, but also to aid in recruitment during an especially dire time for our country. This was not lost on other agencies, and it was none other than J. Edgar Hoover who worked hand-in-hand with Hollywood to ensure that the FBI became not only America’s best-known law enforcement agency, but also Americas best-funded. I’m sure many of you are familiar with the Canadian Mounties, the RMCP, which would not have been possible without the cartoon character of RCMP Officer Dudley Do-Right who, despite sometimes glaring ineptitude, “always got his man.”

It is from this historical perspective that CBP approaches what is arguably the most subtle and rewarding means of branding and communication. Millions of dollars, even billions, are spent every year on such small things as getting James Bond to switch from the martini (shaken, not stirred) to Heineken beer. In fact, in the first movie about CBP, The Terminal with Tom Hanks and Catherine Zeta Jones, Steven Spielberg made almost as much money on product placement as the movie grossed.

First and foremost, when Hollywood comes calling they can make a movie with your help or without it, and by cooperating one can influence what people see and how they react to it. For example, when The Terminal was initially pitched, the port director was written as evil and on the take. Spielberg eventually softened the character and made CBP employees among the heroes of the movie. But, just like a press shop, when you pitch a story to the media it is usually always better than if the media seeks you out.

HSToday: Are you “leaning forward” with any projects to support the CBP mission?

Sittmann: In addition to creating events and tours for producers, directors and writers of non-scripted, fictional television, which is an area we have not been dominant in, we are exploring virtual reality and other futuristic forms of visual communication. We completed our very first virtual reality program this past year and continually work with our Visual Communications Branch to find new, unique ways of conveying our message via technological breakthroughs.

HSToday: Do you find Hollywood generally supportive of your efforts?

Sittmann: Yes. Our efforts under DHS to connect with Hollywood are actually met with surprise and sometimes astonishment. There is an industry gathering twice a year where the top producers gather and one of the biggest hits was when I attended with a uniformed Border Patrol agent. We use conventions like this and certain DHS/CBP-sponsored events to pitch ideas — either priorities of leadership, or are just plain interesting — and to allow producers, directors and writers to pitch ideas to us.

HSToday: What’s the best thing that has come from your work with Hollywood?

Sittmann: When CBP dove full-time into the world of TV and motion pictures (circa 2007), very few people had any idea of what the border was like and fewer still had ever been there. Even if you lived on the border, chances are you never experienced the vast uninhabited swaths between the cities. Border Wars, our first really successful series, changed that and brought the border into homes all over our country and all over the world. The reality that we all have to deal with is that reality or fiction in TV and motion pictures shapes our perceptions and should be treated and pursued like a press organization pursues The New York Times, CNN or Fox.

Our Office of Field Operations (blue uniforms) has its own TV series currently airing on Netflix, Border Security, America’s Front Line, which is a perfect example of what I like to call “edutainment.” It chronicles the day-to-day operations at ports of entry along the Northern border. It was a huge success in Canada before Netflix bought the rights and is now prepping for its second season. The feedback has been tremendous. The public begins to understand why we do what we do and are better prepared to comply. These shows serve as an excellent recruitment tool.

HSToday: Have you been able to correct any misperceptions about CBP’s work? Was there anything that they thought about CBP that was patently false?

Sittmann: We don’t use TV or motion pictures to correct any misconceptions in today’s news, because today’s news is usually forgotten tomorrow. TV and motion pictures brand and leave lasting impressions of our mission and the strength of the men and women in our workforce. The reason our shows are successful is because we let the inner dedication and competence of our front line employees shine through. Television especially can be the beginning of a very intimate interaction between our employees and the viewers. After all, you often watch television in your living room or even your bedroom, and like anyone you make up your mind about an organization very often by the way you feel about the employees.

Through these television shows, we are slowly correcting that CBP represents three operational units. Everyone has an idea of what the Border Patrol does. People who travel are familiar with our blue uniforms at the Ports of Entry, the Office of Field Operations, and almost nobody knows that CBP has an “air force” bigger than some countries. Amongst their many missions, they patrol the skies during the Super Bowl, and assist with search-and-rescue efforts during natural disasters. Currently, they are featured on one of Smithsonian Channel’s top-rated programs, Aerial America.

One of the biggest areas we had to overcome was the often-repeated civil rights charges that the Border Patrol mistreated immigrants. Border Wars was on the border for five years with the same two producers and many of the camera and sound men. They were, for the most part, “Hollywood liberals” yanked from the beaches of Malibu to endure life on the border. Now, if we ever need someone with impeccable liberal credentials, we can count on any number of them to rise publicly to our defense.