“Over the last two years, Homeland Security Today has attracted the foremost leaders/practitioners in the nation who care deeply about the mission to protect the American people, uphold the laws of this nation, and thwart attacks by terrorists, bad actors, and mother nature,” said Kristina Tanasichuk, the Executive Editor, at the announcement. “The information, advice, and true expertise we are able to share with our readers through our site, webinars, and newsletters reflects a deep understanding of the challenges, camaraderie, hard work, and information sharing required for homeland security professionals across America – and the world – to understand, prepare, and respond to the best of their ability.” 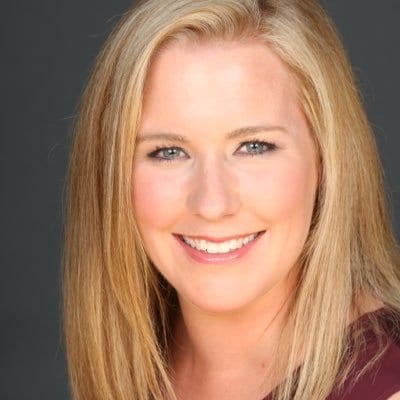 Elizabeth Neumann served as the Assistant Secretary for Counterterrorism and Threat Prevention at the U.S. Department of Homeland Security where she led eight teams addressing a wide range of programs and policy including combating human trafficking, Countering Unmanned Aerial Systems (C-UAS), identity management, screening and vetting, aviation security, Visa Waiver Program, and countering hostile nation states, terrorists and transnational criminal organizations. During her tenure, she expanded the Office’s focus to address emerging threats – such as the rise of domestic terrorism – and built partnerships with cybersecurity agencies to ensure a comprehensive, risk-based understanding of all nefarious actors and the new weapons they use that take advantage of our hyper connectivity and digital dependence. Leveraging 10 years of pilots and lessons learned from countering violent extremism efforts, she launched the Office of Targeted Violence and Terrorism Prevention (TVTP) and designed a prevention architecture that was codified in a department-wide strategy. Her efforts to champion domestic prevention efforts and galvanize bipartisan support among federal government executives, Congress, outside experts, and state and local partners resulted in a 1,200% annual budget increase.

For two decades, Ms. Neumann has created and implemented multiple government-wide reforms. She served on the inaugural staff of the Homeland Security Council, supported the Office of the Director of National Intelligence and authored many foundational homeland security policies. She has extensive experience working across multiple security disciplines including intelligence, law enforcement, emergency management, preparedness, critical infrastructure security and resilience, and cybersecurity. 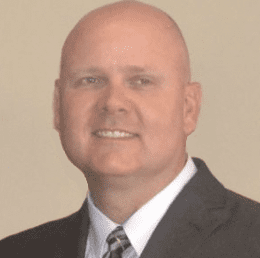 Dr. Mitchell Simmons, Lieutenant Colonel, United States Air Force (Retired) is the Associate Dean for Academic Affairs and Program Director in the Anthony G. Oettinger School of Science and Technology Intelligence at the National Intelligence University.  There he oversees three departments consisting of five concentrations: Emerging Technologies and Geostrategic Resources; Information & Influence Intelligence; Weapons of Mass Destruction; Cyber Intelligence; and Data Science Intelligence. Dr. Simmons has over 25 years of experience in acquisition, engineering, and program management within key agencies including the National Reconnaissance Office, Defense Threat Reduction Agency (DTRA), and multiple tours with the Defense Intelligence Agency with technical expertise in the physical and functional vulnerability of critical infrastructure from conventional explosives, nuclear, ground forces, and asymmetric threats, such as infectious disease. Dr. Simmons’ niche expertise is the exploitation of hard and deeply buried targets and he has personally collected intelligence in dozens of strategic facilities. Dr. Simmons is widely published in the classified and unclassified realm and his products have seen diverse readership, to include the national command authority and combatant commands. He is the author of the definitive DoD manual, published by DTRA, “Hard Target Field and Assessment Reference Manual” used to educate those on this strategic target set. Dr. Simmons holds a B.S. and M.S. in Mechanical Engineering from Ohio University, an M.S. from Central Michigan University, and a Ph.D. in Engineering Management from The Union Institute and University. 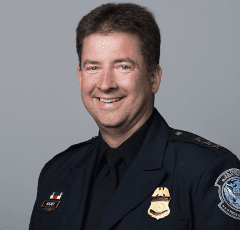 John Wagner retired in July as Deputy Executive Assistant Commissioner from U.S. Customs and Border Protection after nearly 29 years of service. Called the “Father of Global Entry” and a leader in biometrics, Wagner oversaw operations at over 330 ports of entry, and many programs that support the national security, immigration, customs, and commercial trade-related missions of CBP.  During his tenure, he created and deployed the strategy using facial recognition technology to implement a longstanding, contentious congressional requirement of collecting biometrics from departing foreign nationals from the U.S. – a key recommendation of the 9/11 Commission. He also extended the facial recognition strategy to include a token-less, touch-less, and hygienic international travel experience that met government requirements, airline business requirements, and passenger facilitation interests. Wagner also led a revision of the CBP officer hiring process to include re-engineering certain procedures, refocusing recruitment activities, refocusing job vacancy locations, and helping determine incentive pay for certain locations. He also led the CBP response to the Ebola crisis in 2014.

Wagner also served as Executive Director of Admissibility and Passenger Programs in addition to a number of years “on the ground” uniformed as a U.S. Customs Inspector, CBP Officer, and Program Manager working in the seaport/airport of N.Y./N.J. and the land border port of Laredo, Texas.

Homeland Security Today’s Contributing Editors served in senior positions throughout the homeland security and defense enterprise and join to share their expertise and leadership with the nation’s homeland security community. Contributing Editors focus on news, information, and resources for front-line practitioners, for the public, and for those interested in serious consideration of our nation’s challenges and the dynamic ways in which we must work together to meet them.

The Government Technology & Services Coalition purchased Homeland Security Today and relaunched the site in January 2018. Since then, the online media outlet has attracted the biggest names in homeland security to write, collaborate, and lead challenging conversations around how to protect America. The site has grown to over one million sessions in 2019 and tripled its users from 2018 to 2019.

A list of HSToday’s Contributing Editors can be found here, and Editorial Board here.