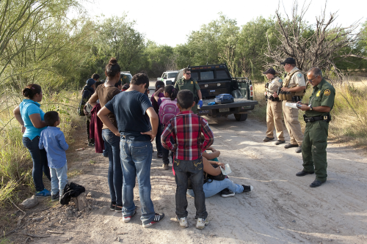 A bill that would ensure unaccompanied alien minors (UAMs) who illegally enter the United States are safely returned home was passed by the House Committee on the Judiciary by 17-13 vote.

For those UAMs who stay with a sponsor in the United States while awaiting their immigration hearing, The Protection of Children Act (HR 1149) would provide greater transparency and safety of these minors to ensure they are not inadvertently delivered into the hands of criminals or abusers, according to Judiciary Committee Chairman Bob Goodlatte (R-Va.) and Rep. John Carter (R-Texas), chief sponsor of the legislation and chairman of the Homeland Security Appropriations Subcommittee.

“The Obama administration’s immigration policies have given confidence to parents who are in the US illegally that they can stay and have encouraged them to bring their children, who are still in Central America and beyond, to the United States unlawfully,” Goodlatte said in a statement, adding that, “These children, often assisted by smugglers, face many dangerous situations as they travel through Mexico and then walk miles across a hostile border environment. We need to take action to stop these children from risking their lives to come to the United States unaccompanied and unlawfully.”

“The Protection of Children Act makes common sense changes to our laws to ensure minors who travel to the US alone are returned home safely and quickly,” Goodlatte said.

“For far too long drug smugglers have continually used loopholes in our nation’s immigration law to make billions, all while preying upon the weakest in our society,” Carter added, saying, “The Protection of Children Act of 2015 stops this abuse and removes a loophole human traffickers have used for years. Last year, we saw the effect these loopholes have on our country and southern border when tens of thousands of juveniles marched across the border and into our cities, all at the taxpayer’s expense. The great state of Texas has felt this burden, probably more than any other state. This administration needs to stop ignoring the obvious problem, burdening the American public and putting innocent lives at risk.”

The key components of the Protection of Children Act would: