Lawmaker Questions ICE Sec. on ICE Officers, Border Patrol Agents Being Ordered to Obey Policy Rather Than the Law 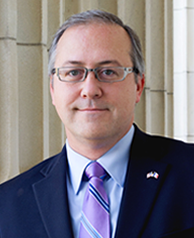 On April 15, during a House Committee on Appropriations Subcommittee on Homeland Security hearing, Immigration and Customs Enforcement (ICE) Assistant Secretary Sarah Saldaña engaged in a testy exchange when she told Rep. David Young (R-Iowa) ICE officers and Border Patrol agents should abide by President Obama’snew policy directives on immigration rather than the law.

The revelation came about during the hearing when Young brought up accounts of ICE officials and Border Patrol agents who’ve been instructed to follow the President’s new directives on immigration.

Young questioned Saldaña about the reports that if ICE officers and Border Patrol agents do not follow the President’s policy directives in lieu of the law, that they will face consequences for not doing so.

Young told Saldaña that, "If I had policies or directives that were contrary to the law, I would understand if my employees did not want to follow them. I would expect them to follow the law first."

Saldaña responded, saying, "That is where you and I probably have a fundamental disagreement.”

"Honestly, her answer shocked me,” Young said. “I initially could not believe a senior official was admitting that administration policy trumps the law. I decided more needed to be done, we must get to the bottom of this and get some answers."

Young said he’s concerned about policy trumping law because, "We have heard reports of agents who face retribution or threats for following the law. ICE agents are diligently working to enforce the laws of this nation. They should not be worried about facing disciplinary action for faithfully executing their duty.”

This past week, both ICE field officers and Border Patrol agents have told Homeland Security Today they’d indeed been given “policy” instructions on how to implement and follow Obama’s directives on handling illegal immigration.

“Yes, I know some of us who’ve been told there would be retribution for not following these new policies,” an ICE officer said.

As a consequence of such claims by agents in the filed, Young and four additional members of the House Appropriations Subcommittee on Homeland Security wrote Saldaña on May 15 asking her to provide specific answers to the questions put to her in their letter regarding ICE’s actions to implement the President’s policies.

“We are greatly troubled by this administration’s directives attempting to supersede immigration enforcement protocols laid out in federal law,” the lawmakers’ letter to Saldana stated. “Just as troubling is President Obama’s assertion that Immigration and Customs Enforcement agents who do not follow his directives will be held ‘answerable to the head of the Department of Homeland Security,’ and ‘there will be consequences to it.’”

“When questioned during the hearing about your actions to implement the President’s policies, you stated that you have a ‘fundamental disagreement’ that ICE agents should follow federal law if a superior has instructed them not to. We want to be clear: your agency is not above the law, andyou and your employees are expected to uphold the laws of this country, as you have sworn to,” the lawmakers wrote.

Young and his fellow legislators stated, “We have heard reports of agents who face retribution or threats for following the law. ICE agents are diligently working to enforce the laws of this nation. They should not be worried about facing disciplinary action for faithfully executing their duty.”

So far, "Secretary Saldana has not responded nor acknowledged the letter," a spokesman for Young told Homeland Security Today.

Young and the other signatories to the letter asked Saldana to respond to the following four questions by June 5:

“You are responsible for making sure these agents are equipped with the resources they need to do this, not threaten them with punishment for it” the lawmakers concluded their letter to Saldana.

“Congressman Young is going to stay on this issue; he is looking for greater clarity from Assistant Secretary Sarah Saldaña and the Obama administration on four specific questions,” a spokesperson said.