Maritime Industry Needs to be Watchful 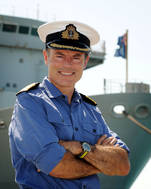 With many recent incidents of piracy in South East Asia, the Gulf of Guinea, the Caribbean and continued attempts in the Indian Ocean, combined with increased human trafficking out of Libya and between Yemen and the Horn of Africa, it’s clear security at sea continues to be a major area of concern for shipping companies.

The knowledge and resources to deal effectively with the threats facing seafarers has radically improved since Somali piracy made its mark in the Indian Ocean in 2008. Yet, at a time when the shipping industry needs to be watchful for threats that may derive from other forms of opportunist criminality and terrorism, there is evidence many shipping companies are putting cost ahead of security.

To put it bluntly, hulls and cargoes can be replaced, but sailors’ lives cannot. Seafarers do not deserve to be shot at, taken hostage and tortured while going about their lawful business. Yet, it still happens, and in most cases it is avoidable. While companies may be willing to take financial risks with their ships, there is an indisputable moral case that the industry should do all that is possible to protect their crews.

Maritime crime is a problem that needs engagement from all players – governments, law enforcement, the shipping industry and its associates which, of course, includes security providers. With many countries woefully under-resourcing the policing of their territorial waters and economic zones, the maritime domain remains largely un-regulated. This is compounded by events on land where the break-down of political order — at least in part as the result of increasing competition for resources and living space — is resulting in a spill over of criminality into the maritime domain. The consequent movements of people stemming from the general break down of law and order on land is undoubtedly creating opportunities for terrorists and criminals alike, with the maritime domain being both a conduit and an operations hub for activity.

Read the complete report in the Oct/Nov 2015 issue of Homeland Security Today.

Gerry Northwood is COO of leading maritime security company MAST, and an acknowledged expert in counter piracy. He commanded Royal Navy operations against Somali pirates in the Indian Ocean and narcotics smugglers in the Caribbean. He also played a key role in the creation of EUNAVFOR and MSCHOA, for which he was awarded an OBE.