Meeting the Requirements of the SAFE Port Act 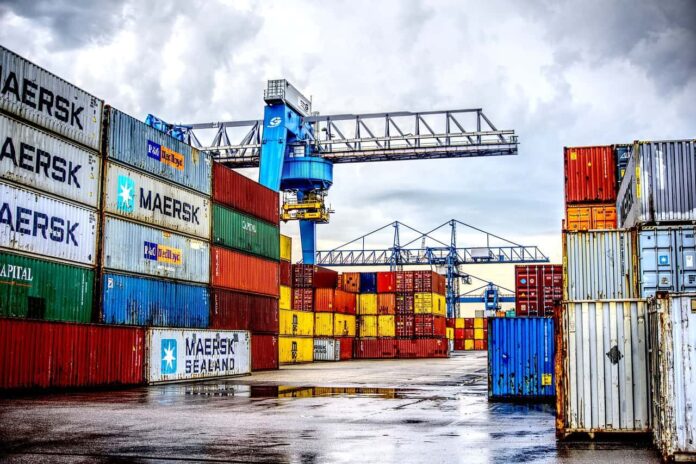 An old idea has been reintroduced that has the potential of meeting the elusive requirements of the SAFE Port Act without killing the economy in the process. The proposed solution, the Portunus Concept developed by Lawrence Livermore National Laboratory, proposes a set of offshore ports that are close enough to shore to support a vibrant hub-and-spoke cargo distribution system, yet far enough from shore to mitigate the threat from weapons of mass destruction (WMD). This offshore approach to cargo distribution may offer many-fold benefits to security and the economy, including protecting the homeland without the limitation of depending upon foreign country’s adherence to U.S. security policy.

Adversaries of the United States continue to work to obtain a WMD. As weapon technology and materials proliferate, the access to WMD increases over time, possibly resulting in a credible threat. While many counterterrorism and intelligence activities help offset this risk, they are far from certain and our forensics capabilities may not matter to an adversary bent on self-destruction. Couple this fact with the reality that a WMD event anywhere in the world impacts the U.S., and the necessity of addressing the risk of WMDs becomes paramount.

Ports are themselves a target for terrorism since they are critical infrastructure often near large population centers.  Yet we scan only 3-5 percent of inbound maritime containerized freight prior to entry to the U.S., as reported by the Journal of Commerce.

Based on a DHS pilot program evaluating the feasibility of 100 percent scanning, incorporating security in the initial stages of design may be the only way to achieve the goal of the SAFE Port Act — a reality that inhibits retrofitting current port systems. The Container Security Initiative currently covers only about 85 percent of the ports that send goods into the U.S. and only authorizes scanning targeted containerized cargo, which places an extensive burden on intelligence and diplomatic associations. Electronic manifest submissions assist DHS personnel in threat assessment, yet various government reports have identified weaknesses in these programs and none can meet the requirements of the SAFE Port Act, forcing DHS to seek multiple extensions of the implementation deadline.

Based on the success of recently established offshore ports (see Fig 1 below), offshore ports servicing U.S. markets are likely to be created by private industry due to compelling economic factors, if not by the government. This presents an opportunity for DHS to inject security requirements to take advantage of this development. As a trans-shipment hub, offshore ports seek to combine the efficiency of waterway transport allowing access to U.S. markets by the largest and most efficient ships, with a 50 percent more efficient offload process. By partnering with private industry, we may find that offshore ports also protect the environment, invigorate the domestic economy, and protect critical infrastructure from attack.

By providing a way to inspect and sort freight simultaneously, assess tariffs accurately, and create an economy of scale for new technologies in shipping and freight handling, offshore ports may enable the U.S. to be the world leader in efficient goods movement. Most importantly, they can improve the nation’s defense by enabling the deterrent of 100 percent scanning without placing our ports at risk or relying on foreign governments for our security.

Offshore ports themselves are not a new concept and can be traced back a couple of millennia. Today, offshore ports exist in several countries and are highly successful. For instance, the world’s largest port—China’s Yangshan Offshore Port—sits 27km off the coast of Shanghai and handled over 35 million TEU in 2014 alone, as reported by the World Maritime News. In comparison, MARAD reports that in that same year, the total amount of containerized freight handled by all U.S. ports combined was about 32 million TEU. This clearly demonstrates the economic viability of large offshore ports.

THE ECONOMICS OF OFFSHORE PORTS

It is important to evaluate security opportunities soon for offshore ports since the market has already begun to develop construction proposals for U.S. offshore ports. The international shipping fleet is transitioning to larger vessels that are more economical to operate and decrease the cost per shipped container. This has spurred massive investments across the globe.  Both the Panama and Suez Canals have moved to expand capacity. The Panama Canal now allows a 12,500 TEU ship to traverse between the Caribbean and Pacific Ocean, up from 4,400 TEU.  The Suez Canal has completed an expansion project that allows the larger ships to utilize two-way traffic, practically eliminating dwell times due to traffic restrictions.

These improvements are designed to allow the larger ships better access to the world’s biggest ports. However, because the U.S. lags behind the world in port efficiency, we continue to pay a premium for our freight (as shown in Table 1).

The reason for this “premium” that doubles our freight cost is complicated but includes factors such as port congestion, labor issues, ballast water treatment system requirements, fuel and air emission requirements, slower handling and turnaround times, and an inability to accommodate the largest and most efficient ships.

The American Association of Port Authorities (AAPA) reports that in recent years U.S. ports have spent over $46 billion to improve port access, intermodal connectivity, security and efficiency. Even with this massive investment, U.S. ports cannot routinely service the world’s most efficient ships. In late 2016, two West Coast ports managed to bring in the CMA CGM Benjamin Franklin, an 18,000 TEU ship. The ports worked for months in planning and scheduled the visit for the winter holidays so appropriate freight handling resources were plentiful. In short, this event, although important, was not seen as a sustainable business model.

Approximately 70 percent of the U.S. population lives east of the Mississippi River. About 50 percent of all goods come into the country through Southern California ports alone. The result is that freight moves from the West Coast eastward either by rail or truck. If more efficient ships can access eastern ports via the expanded Suez Canal, then freight may move more economically from Asia to the Eastern U.S. via a waterborne route. However, until this occurs, freight continues to move across the country by truck and rail.

Industry has been increasingly interested in offshore ports as these hubs eliminate many of the factors that increase costs for shipped goods to the U.S. If utilized, a system of offshore ports may garnish more competitive rates, possibly lowering shipping costs as outlined in Table 1 above by half. With projected 20MTEU of imports, this change can result in $6 billion per year in revenue generation, more than enough to pay for the capitalization of the platforms and their operations over their useful life. Add an additional $2 bilion tariff revenue per year due to accurate 100 percent scanning and factor in domestic economic growth, Jones Act revitalization, and reduced congestion on highways to name only a few of the benefits. Many see enough positives on the economic side to consider offshore ports a potential solution.

Downstream economic impacts such as domestic job growth though Jones Act compliance, decreased highway maintenance due to less long-haul truck traffic, decreased traffic congestion, minimization of invasive species threats and others only add to the economic benefits of offshore ports.

The Portunus Concept recommends up to five offshore port locations to service the United States, two on each coast and one in the Gulf of Mexico. Each port will respond uniquely to the natural environment and the market it will serve. Offshore ports, designed with security in mind at the offset, offer the potential to scan up to 100 percent of containerized freight, bulk freight, and private transoceanic craft. The Concept suggests a Portunus port can offload an 18,000 TEU ship in 36 hours compared with 4 to 7 days for the ports of Los Angeles and Long Beach.

In the illustrated port (Figure 3) the main platform handles mostly containerized freight. The wing on the left is the international section. Large ships offload all inbound freight utilizing modern cranes and automated guided vehicles (AGV) as shown in the figure below. The freight then moves by AGV to the center security section for imaging, scanning and inspection.

Containers moved by AGVs enter a detection bay and are surrounded by sequential detection systems. Each container can be imaged to detect human and contraband trafficking. Additional subsequent scans for radiological/nuclear material can be performed. As technology develops, chemical and biological detection can be added with very little impact on throughput requirements. The scanning design optimizes time, distance and shielding relationships. Low background offshore and the ability to employ active interrogation techniques may also enhance detection capabilities. Because the security scanning is designed to be in the pathway of all goods movement, 100 percent scanning can occur with the minimum amount of disruption and maximum efficiency.

Data from all the images and scans taken are compiled and compared to the electronic manifests then stored in a learning database to minimize false positives and negatives. Any concerns will result in the container being diverted for additional screening, inspection and/or intervention. Since each container is imaged, scanned and compared to the manifest, the opportunity to use this as a customs point is apparent.

A logistics program determines the destination of each container and assigns a location in the stacks on the domestic side of the platform for subsequent loading onto a domestic carrier. The location is transmitted to the AGV carrying the container and the AGV takes the container to an automated stacking crane for placement in the right wing of the main platform, or domestic section. Scanned and sorted freight is then transshipped and loaded onto a domestic carrier. Because smaller domestic ships can be used (revitalizing critical shipbuilding and maritime industries), freight goes directly to regional ports (improving regional economies), bypassing congested highways that are under-maintained.

The Portunus Concept was developed with the understanding that the 100 percent scanning strategy had to make sense for business. A preliminary economic analysis was conducted by Northwestern, Dartmouth, and Berkeley’s graduate business schools that highlighted economic viability, but a full economic analysis is still needed.

Over the last several years, LLNL has learned from economists, industry, consultants, engineering firms, labor unions and port authorities, incorporating their recommendations. For this reason, in addition to the obvious national security benefits that offshore scanning provides, the Portunus Concept may offer benefits to the economy and environment.

Finally, a lesson from the collapse of the Soviet Union shows that security spending can be an unsustainable economic burden. It takes very little money for a terrorist organization to attack the U.S., but vast amounts of money in comparison to protect our citizenry and interests. The Portunus Concept turns this dynamic on its head, putting in place a security system that not only improves security, but also strengthens our economy. In this way, Portunus can help the U.S. win the war on terrorism by strengthening cargo monitoring and border security while enhancing economic competitiveness.

Hank Glauser
Hank Glauser currently holds a matrixed position with the Global Security Directorate as Principal Investigator for the Portunus Project at LLNL under the Critical Infrastructure Protection Program. Hank received his B.S. degree in Environmental Studies from San Jose State University and earned his MBA degree from the Haas School of Business at the University of California, Berkeley. A US Navy veteran, Hank served in Operations Earnest Will and Desert Storm. He joined the Lawrence Livermore National Laboratory (LLNL) in 1992 and has over 25 years of experience with various national security efforts. Hank also is a member of the Northern California Maritime Security Committee.