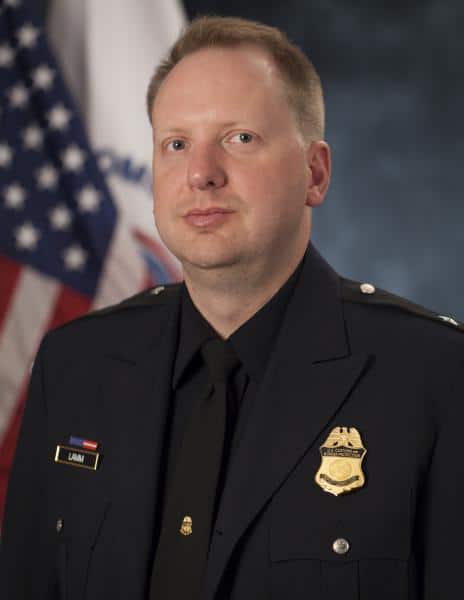 U.S. Customs and Border Protection (CBP) held a change of command ceremony today at Toronto Pearson International Airport to officially introduce Clint A. Lamm as the Director of Field Operations, Preclearance, within the Office of Field Operations.

Preclearance is the process by which CBP officers stationed abroad inspect and make admissibility decisions about passengers and their accompanying goods or baggage heading to the United States before they leave a foreign port. Preclearance operations began in 1952 at Toronto Pearson International Airport.

Owen presented Lamm with the Preclearance guidon. The change of command ceremony is rooted in military history, dating back to at least the 18th century, and the presentation of the guidon symbolically represents the establishment of a new command authority.

Lamm began his Federal career in 1998 as an Immigration Inspector in Fort Lauderdale, Florida. Since then, he has served in numerous leadership positions, including Deputy Director, Preclearance Field Office; as Director, Alternative Funding Programs; and as Executive Advisor to the Assistant Commissioner and Acting Executive Director, Labor and Employee Relations, in the CBP Office of Human Resources Management.

Most recently, from 2016 to 2018, Lamm served as the Area Port Director, Boston, where he oversaw air, cargo, and sea operations; and directed a workforce of over 280 employees.