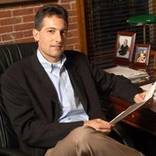 The worldwide cybersecurity market is defined by market sizing estimates that range from $71 billion in 2014, to $155+ billion by 2019.

Cybersecurity Ventures Q2 2015 Cybersecurity Market Report said one of the key federal sector highlights is that the aerospace, defense and intelligence vertical continues to be the largest contributor to cybersecurity solutions, according to a report from Markets and Markets.

Demand for vendor furnished information security products and services by the federal government willincrease from $7.8 billion in Fiscal Year 2014 to $10.0 billion in FY 2019 at a compound annual growth rate (CAGR) of 5.2 percent, according to Deltek’s Federal Information Security Market Report (published October 2014) – which examined the trends and drivers shaping the federal information security marketplace, and provided a forecast for the next five years.

In the 2014 US State of Cybercrime Survey – co-sponsors included Carnegie Mellon University and the Secret Service – 28 percent of cybersecurity incidents were blamed on current or former employees, contractors and other trusted parties. Nearly a third of respondents said such incidents cost more or inflict more damage than outside attacks.

Cyber crime is also on the rise and costing the world economy hundreds of billions of dollars annually. Federal agencies are investing heavily into cybersecurity personnel and resources to combat cyber crime.

The Department of Justice recently created a dedicated cybersecurity unit within its criminal division.

Investigating cyber crimes—such as website hacks, intrusions, data theft, botnets and denial of service attacks—is a top priority for the FBI. To keep pace with the evolving threat, the Bureau is appealing to experienced and certified cyber experts to consider joining the FBI to apply their well-honed tradecraft as cyber special agents.

Channel Partners reported the Pentagon plans to triple its cyber workforce, while the FBI’s Cyber Division plans to hire 1,000 agents and 1,000 analysts. The Department of Homeland Security (DHS) is hiring 1,000 cybersecurity professionals.