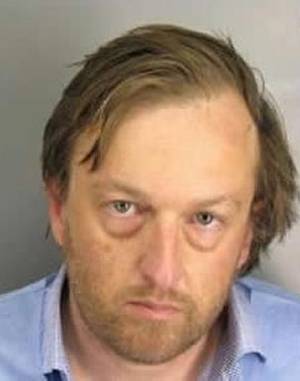 New child sexual exploitation charges were handed down by a grand jury against a San Francisco area man investigators said they now suspect of obtaining sexually explicit images of more than 300 underage victims from across the US and around the world.

Blake Robert Johnston, 41, of Martinez, was originally charged in October 2014 with traveling to another state with the intent to engage in illicit sexual conduct with a minor, according to Immigration and Customs Enforcement (ICE). Johnston is scheduled for his next district court appearance April 7. He has been held without bond in federal custody since October 17, 2014, when he appeared following the original federal criminal complaint.

Malfroid was charged by criminal complaint for production of child pornography in October 2014, but he absconded during the investigation.

According to court documents, investigators with the Franklin County Internet Crimes Against Children (ICAC) task force connected files containing child pornography to Malfroid’s computer. While executing a search warrant and forensic examination of Malfroid’s computer, investigators discovered 281 files of child pornography, 77 of which depicted children who have been identified by the National Center for Missing and Exploited Children (NCMEC).

Numerous additional images on Malfroid’s computer depicted Malfroid sexually abusing a female child. It also was confirmed Malfroid had access to the juvenile female between approximately 2007 and 2013 when the child was three to nine years old, ICE said.

Malfroid turned himself in to local authorities in California in December 2014 after being profiled on the ICE Operation Predator smartphone app. A user-generated Facebook post indicating Malfroid’s fugitive status had been created the same month and shared nearly 200,000 times.

“This investigation,” ICE announced, “was conducted under HSI’s Operation Predator, an international initiative to protect children from sexual predators. Since the launch of Operation Predator in 2003, HSI has arrested more than 10,000 individuals for crimes against children, including the production and distribution of online child pornography, traveling overseas for sex with minors, and sex trafficking of children. In fiscal year 2014, more than 2,300 individuals were arrested by HSI special agents under this initiative and more than 1000 victims identified or rescued.”

The indictment of Johnston and capture of Malfroid came on the heels of ICE having joined forces with Europol’s Focal Point Checkpoint, an initiative that’s targeting human smuggling networks. To officially ink the agreement to join the network, ICE director Sarah R. Saldaña traveled to The Hague last month to formally sign the accord.

ICE’s work with Europol’s Operations Department has already led to various successes, including the seizure of 292 Internet domain names used for selling counterfeit products and the recent rescue of a sex abuse victim, ICE said.

In a statement, ICE said, the seven-count “superseding indictment” against Johnston included a charge of transporting a minor with intent to engage in criminal sexual activity; one count of online coercion and sexual exploitation involving a second underage female; two counts of production of child pornography pertaining to two additional minor victims; and charges stemming from the possession and distribution of child pornography.”

The case is being prosecuted by the US Attorney’s Office for the Northern District of California.

The latest charges are the result of a probe by ICE Homeland Security Investigations (HSI) and the Martinez Police Department with additional assistance provided by the Contra Costa District Attorney’s Office and Salem, Oregon police. Given the existence of victims overseas, ICE said HSI is also working closely with its attaché offices in multiple foreign countries and with authorities in Australia, Ireland and the United Kingdom.

Following Johnston’s arrest, HSI special agents also seized multiple cell phones, computers and digital storage devices belonging to the defendant. Forensic analysis of those devices, which is ongoing, has led to the positive identification of 31 possible underage victims in 12 states and overseas, including three minor females who allegedly had physical contact with the defendant.

“Based on the analysis of Johnston’s devices, investigators now estimate there could be more than 300 other potential underage victims in this case, both domestically and worldwide,” ICE said, noting that, “HSI is working closely with the National Center for Missing & Exploited Children (NCMEC) in an effort to identify the minors whose images have been encountered during the investigation, but authorities say most of the victims are not in existing databases.”

“We’re appealing to anyone who has awareness about this defendant’s activities or his past contacts to come forward,” said Tatum King, acting special agent in charge of HSI San Francisco. “Those leads could be vital to helping us put together the pieces of this puzzle and most important, to ensuring that any underage victims receive the assistanceand support they may need.”

Based on forensics examinations, investigators believe the defendant used multiple mobile applications to communicate with his underage contacts, including Kik, Skype, Omegle, ooVoo and Facebook, and employed a variety of user names such as “sivaston,” “deadleafecho,” “moonage_daydream” and “lethal.loyal.”

HSI also encourages the public to report suspected child predators and any suspicious activity through its toll-free Tip Line at 1-866-DHS-2-ICE or by completing its online tip form. Both are staffed around theclock by investigators.

From outside the US and Canada, callers should dial 802-872-6199. Hearing impaired users can call TTY 802-872-6196.Suspected child sexual exploitation or missing children may be reported to the National Center for Missing & Exploited Children, an Operation Predator partner, via its toll-free 24-hour hotline, 1-800-THE-LOST.