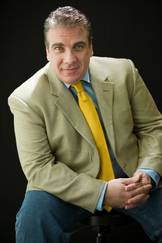 Traditionally, Automatic License Plate Recognition (ALPR) has been considered almost exclusively a law enforcement tool. ALPR refers to any technology that “reads” the license plate numbers from vehicles that pass in front of a video camera. That data is usually compared to a law enforcement database to check for active wants or warrants, triggering an alert to the user if a “hit” is found.

Indeed, in the technology’s almost 40 years of existence, law enforcement has been the primary purpose for which it has been deployed, although today it’s used to enhance security in many other industries. Originally invented for traffic management purposes in the UK and evolving into a method for fighting crime, the technology spread to many parts of Europe, eventually expanding to North America and beyond. In that time, ALPR has become one of the most sought-after tools by law enforcement agencies all over the globe.

The prohibitive cost of older, European-based ALPR technology—upon which most industry players still base their solutions—has made ALPR little more than an impossible dream for all but the most affluent agencies. This “old-school” technology has also made ALPR impractical for most private interests such as banks, factories, schools or any other facility that could benefit tremendously from having ALPR as part of their video surveillance. The high price tag stems from the fact that the aforementioned European-based solutions require dedicated proprietary cameras and processing hardware as an integral and unchangeable part of the system.

Fortunately, for prospective ALPR users there has been a major paradigm shift in the technology. The rise of a “new school” of ALPR has resulted in software-based solutions that are far more cost-effective and flexible due to their ability to work with existing off-the-shelf surveillance cameras without the aid of external processing boxes.

This makes ALPR affordable for even the smallest law enforcement agencies, especially if they already have surveillance cameras in place. It also brings the technology within reach of many agencies and organizations that would not previously have been considered as prospective ALPR users, such as hospitals, maritime ports, college campuses and casinos, to name a few.

Software-based, hardware-agnostic ALPR has also become more attractive for a wide range of applications due to the many video analytic features that have been added to it. These applications include private physical security, counterterrorism, business intelligence and more.

Because of the introduction of the software-only approach, ALPR can now be deployed in situations where it would not have been previously. In many, if not most of these cases, the technology can be implemented utilizing security cameras already in place, often by simply downloading and installing the software.

In health care, for example, both the administrators of large hospitals and the managers of small clinics have a responsibility to protect the safety of patients, visitors and staff.

A single ALPR-based video analytics solution can be the key answer to all of these goals.

First, ALPR can provide monitoring and license plate capture in high-traffic areas where security personnel cannot always be. If a plate on a local hotlist of troublemakers is detected, alerts immediately go out via text message and/or email to the designated staff. Law enforcement can even be alerted directly if such an arrangement has been made. Because all license plate captures are compiled along with full-color images, time and date stamps and location, finding video of the unwanted entry is a matter of a few mouse clicks instead of scanning hours of footage.

In addition to checking hotlists, an ALPR solution can be programmed to recognize suspicious vehicle movement patterns such as circling and alert security personnel as well. Finally, the same software can automatically control entry to parking structures on campuses based solely on license plates, thus eliminating the need for ID badges or decals that may need to be verified by security guards. The process becomes automated and the need for human intervention is minimized. Again, all of these processes can be accomplished with a single ALPR software solution, which would not have been possible with older hardware-dependent technology.

Consider another example—maritime ports. Our ports are a border zone that provide an entry and exit point for people and goods arriving from and departing to foreign destinations. As such, they must be managed with the same degree of caution appropriate to any border crossing into our country. This is especially true in light of the ongoing terror threat, and applies not only to ports, but also to power plants, military bases or any similarly sensitive sites. A successful attack on any of these places could touch off a chain reaction that would spell disaster for our infrastructure.

In addition to the basic need to know who is coming and going from a port at any given time, port personnel need reliable methods for accurate traffic counts and for differentiating commercial vehicles from private vehicles. It is also helpful to be able to identify incoming cargo containers from their ID numbers and help determine whether they have been in the possession of hostile parties before reaching our shores.

The technology exists to perform all of these protections for ports now. A flexible software-only ALPR analytics solution can be trained to recognize numbers other than just license plates. The technology can also use ALPR techniques to distinguish between commercial and private vehicles.

It should also be noted that arrangements can usually be made to connect the system directly to local law enforcement so police can be automatically notified if a wanted person enters the property. This holds true for most situations where private businesses or industries make use of ALPR for physical security.

A number of recent examples from law enforcement show this to be an invaluable technology for ensuring that criminal perpetrators do not go undetected.

Probably the best-known recent example of this is the case of Vester Lee Flanagan, better known as the Virginia “On-Air” shooter. After killing two people and wounding another, all of whom were performing live television interviews, Flanagan fled the scene and was stopped by Virginia State Police approximately five hours later. He was immediately captured because a State Trooper’s ALPR system detected his vehicle’s license plate as it passed by her parked patrol car.

More recently, an ALPR system was used to detect the vehicle of Shannon Lamb, a professor at Mississippi’s Delta State University who was on the run after allegedly shooting  his live-in girlfriend and a colleague. Both Flanagan and Lamb took their own lives before they could be taken into custody.

Because ALPR is capable of reading, recognizing and checking for wants and warrants for up to thousands of license plates on a daily basis, some advocacy groups such as the American Civil Liberties Union (ACLU) have raised concerns over what they say are violations of personal privacy. According to these groups, because ALPR can store every single plate capture for as long as the user wishes and as technology allows, it effectively gives police the ability to track the movements of every motorist on the road, which they say is a violation of personal privacy rights under the Fourth Amendment.

But the argument is somewhat misleading. While it is true ALPR can store massive amounts of license plate capture data, and even provide analytics that show vehicles’ movements over time, there are typically hundreds— if not thousands— of vehicles on the road in any given patrol area at any given time. Thus it would be impractical for any law enforcement agency, even if it wanted to, to actively follow the movements of every motorist in its jurisdiction. The reality is that if an ALPR unit captures your license plate, the chances of anyone ever looking at that data again are slim to none unless you are involved in criminal activity.

The ACLU and other privacy advocates also fail to point out that the Fourth Amendment argument is weak from a legal standpoint. The established precedent in United States Case Law is that there is no expectation of privacy with regard to a license plate (refer to U.S. vs. Ellison 2006 for an example). In fact, all ALPR truly does is “run” plates in much the same way law enforcement officers have been able to do manually for decades—it just does so a lot faster and in greater quantities.

In principle, there is no difference.

While the protection of personal privacy rights is of great importance, the draconian restrictions often proposed by the ACLU and its adherents in government are completely unnecessary to accomplish that goal and would unavoidably hamper the ability of the technology to do its job effectively. The best of all outcomes can be accomplished through collaboration between government, which can implement reasonable regulations on the use of ALPR, and the makers of ALPR, who can design safeguards to prevent unauthorized access to data.

With a proper collaboration between government and manufacturers to properly implement these amazing technologies, we can look forward to a new era of safety for our nation. This is, after all, the reason surveillance technology, including ALPR, was created. There are those who would like to see all such technology done away with, but the fact is it’s not going away.

The proverbial genie is out of the bottle and can’t be put back. It is also important to remember that our enemies will not hesitate to use the most advanced technology they can find against us. We must therefore be prepared to protect ourselves with every means at our disposal, or, at the end of the day, none of the other issues will matter.

John Chigos is CEO of PlateSmart Technologies, a leading developer of video analytics security technology. His goal was to develop a camera-agnostic license plate capture solution that incorporates a data analytics backbone for both security/law enforcement and business intelligence uses. Since 9/11, Chigos has established himself as an expert in LPR and video analytics in the areas of terrorism and counterterrorism.