SPECIAL – How Can Analytics Change the World of ‘Narcos’? 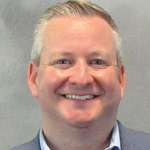 You won’t hear analytics or data management mentioned in the hit Netflix show “Narcos.” Spanning 1975 to the early 1990’s, the show depicts the rise of Medellin Cartel kingpin Pablo Escobar and the efforts by Colombian authorities, the US Drug Enforcement Agency (DEA) and others to bring him down.

The story is narrated by a DEA agent character and details many of the strategies the agency used to attempt to infiltrate and dismantle Escobar’s complex networks. Of course, as a television show it takes dramatic liberties with how things actually went down, but does depict some tried and true investigative approaches.

Surveillance, wire-taps, interrogations, informants—these are all valuable intelligence gathering techniques that are still in use today. But modern law enforcement and federal agents are aided by a new technology: analytics. Since the September 11, 2001 attacks, federal, state and local agencies have stepped up information sharing, as data analysis technologies have dramatically increased in sophistication and scalability.

Unfortunately, drug trafficking has also become more sophisticated. Drug cartels function similarly to the Islamic State of Iraq and Syria (ISIS) and Al Qaeda. There are disconnected cells of operatives working in locations across the United States and the world. While arresting and interrogating one of the members may bring down that cell, it doesn’t provide useful intelligence to use against the network.

Much like during Escobar’s reign of terror, there are few in a trafficking network that have full visibility of the operations. Then, as now, a highly-placed confidential informant (CI) is the golden goose of anti-trafficking efforts. Working a CI involves a complex relationship. Agents can’t always be sure of the intelligence value a CI provides, but at the same time, the CI is putting himself at tremendous risk.

Perhaps the most famous CI related to the Medellin Cartel was Barry Seal, an American aircraft pilot, drug dealer and frequent smuggler for the cartel. As an informant for the DEA, he testified against many conspirators in the drug trade, including members of the Medellin Cartel. He was part of an operation to implicate Nicaragua’s Sandinista government, a thread investigative journalists followed that led to the Iran-Contra Affair. Seal, with a $500K bounty on his head, was later gunned down by a Medellin assassin.

While a highly-placed informant remains a most desired asset, what can be done in lieu of a CI? Analytics technologies can reveal hidden relationships between entities, helping to fill intelligence gaps and expose the larger criminal network.

It can start with just one person or entity—a lead. Once a lead involved in the trade is identified, it becomes a locus in a possible network. By applying techniques such as entity resolution and network analysis to real estate and telephone records, social services data, arrest records, case notes from other law enforcement agencies, and other sources, we can begin to use analytics to uncover the relationships and activities comprising a criminal network.

Of course, this is easier said than done. Before advanced analytics can become as valuable as a confidential informant, we have to use data management to integrate and clean the data. That can’t happen until law enforcement agencies and local, state and federal governments share data more effectively. Ironically, one area that would remain rightfully siloed within intelligence communities is information on confidential informants.

While our federal law enforcement agencies have taken many steps to break down siloes by forming units like the Joint Terrorist Task Force—co-located federal agents working within the Federal Bureau of Investigation—a gap remains in data and systems communication to produce more effective, actionable leads. FBI and ATF agents may sit side by side, but their respective agency’s databases do not have the capability of sharing information in the same office, much less nationally or internationally. Nor do their systems tap into local law enforcements’ information or data housed by organizations like the State Department or Homeland Security Fusion Centers.

There is a whole platform of intelligence that state, local and federal agencies store within their databases that could help bring down drug trafficking networks but, because it’s not organized together, we have millions of pieces of information that do not connect. Some regionalized fusion centers focus on drugs, but still, it’s just the right players working together, not the systems.

This is a worldwide fight that has grown exponentially more complex as drug trafficking intertwines with terrorism, international trade and the underground economy. Some international policing entities are investigating the problem globally, pulling in interesting data on drug trafficking routes and transport methods.

The threads we pull on in the United States can unravel networks that span the globe. We just need to find them. With better data management and information sharing, analytics is ready to do that.

Michael Davis is a former Special Agent in the FBI with a focus on national security, terrorism finance investigations and intelligence. As a security intelligence expert at SAS, he helps government tackle fraud and abuse in health care, Medicaid and other areas.