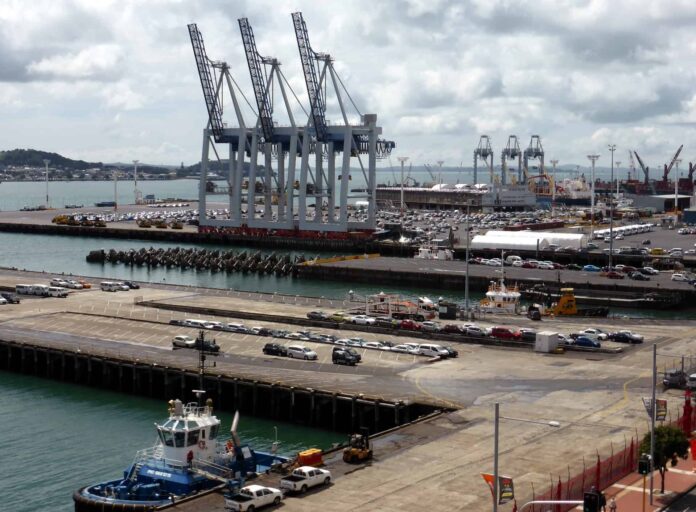 New Zealand has the world’s fourth-largest economic exposure zone and 10th-largest coastline, and its heavy reliance on agriculture, aquaculture and international trade make biosecurity a priority.

Martyn Dunne, director of New Zealand’s Ministry for Primary Industries, which oversees biosecurity efforts, fisheries, food safety, operational responses to health concerns and regulation for forestry, argued that protecting against biothreats is as big of a concern as other threats to national security.

“In New Zealand, it has become one of the top five higher-risk issues for our country,” said Dunne, who moderated a biosecurity panel at the 2018 International Summit on Borders in Washington last month. “And because our country very much depends on the importance of agriculture, the threat to biosecurity is fundamental.”

With weak biosecurity controls, significant bioterror can occur whether due to corruption in supply chains or deliberate sabotage of products, Dunne said.

In 2015, packages containing powdered milk laced with 1080 poison and threats to unleash it on a wider scale were sent to the Fonterra and Federal Farmers companies and an undisclosed politician.

The controversial animal extermination product is typically used for control of possums in Australia and New Zealand and is banned in most countries, according to the World League for Protection of Animals.

“The threat was that in three months’ time, if we didn’t discontinue the use of 1080 poison to wipe out pests, the individual would put 1080 poison into infant meal formula, both in the country and in an optional market,” Dunne said.

New Zealand’s government first worked privately to identify the source of the threat. The prime minister’s office informed the infant formula industry of the threat, and global suppliers and formula manufacturers developed methods for testing the product to ensure it was safe for consumption.

The nation’s leaders eventually went public in early March 2015, one week short of the timeline to resolve the threat.

Short on options to prevent contamination in stores, New Zealand’s government ordered infant formula to be pulled from supermarket shelves and stored in secure locations guarded by pairs of soldiers from the NZDF.

“That’s how seriously [the threat] had to be taken,” Dunne said. “I always remember [former] Prime Minister [John Key] saying to the senior people in the industry who didn’t want us to go public, he said, ‘Well, gentlemen, what happens if a child dies?’”

The room was silent, Dunne recalled. “You couldn’t hear a pin drop. He said, ‘If so, I would have to resign and, gentlemen, so would you.’”

As a result of that conversation and the government’s response over several months, Dunne said the threat did not materialize because the suspect had gone underground. In October 2015, a 60-year-old businessman from Auckland was arrested. It was later reported that the suspect’s actions were financially motivated.

Threats to biosecurity can be increased by a growing tourism industry or global trade.

“The increase in people crossing our borders leads to a higher risk in pests and diseases,” Dunne said. New Zealand saw six million passenger arrivals in 2016, an increase of about 50 percent from 4.5 million visitors in previous years. “Twelve thousand passengers were issued with infringement notices last year after they were found to have undeclared biosecurity-risk goods.”

Stinkbugs have caused problems for the nation’s agriculture industry. Nearly 600 vessels found to be unwittingly transporting stinkbug populations have been stopped by New Zealand’s authorities before entering the country, in an effort to prevent further spread.

New Zealand is one of two countries that does not have confirmed cases of hand, foot and mouth disease – the other being Norway.

To combat the potential spread of the disease, officials and animal-control experts have put down more than 150,000 animals, such as cattle or goats, which can contract the airborne disease and transmit it to humans.

Australia has also struggled to contain biosecurity threats. In 2015 and 2016, outbreaks of E. coli shut down some food industries and caused ripples in the nation’s agricultural economy. Such diseases, in some cases, pose the risk of wiping out entire farms within 72 hours.

The price tags on dealing with such outbreaks is significant. Biological threats cost billions of dollars to contain and research, and in some cases airborne diseases can spread quickly without physical barriers to contain them.

But many countries choose not to immediately report because of the widespread ramifications that can have on their economies or international trade partnerships.

“This is something that all the countries in the world are committed to,” Ugarte said. “They have to report on what they are having in their countries beforehand so other countries can be protected … the impact we’ve heard of those diseases is very low, medically, but very big on economies, politically and on social impact. That is why many countries will delay or will prevent on reporting several things that are happening within their countries because it will cause huge impact.”

This applies to many global diseases, such as Ebola or cholera outbreaks in Africa.

While borders are not necessarily physical barriers to disease or other biosecurity hazards, Ugarte said health officials can act as a sort of border by being the first to administer aid.

“Looking beyond our borders, harvesting science and technology will transform the way we work,” Dunne said. “Countries cannot achieve this alone … many of our deadliest threats are impervious to national borders. As agencies and countries, we also have to look beyond political to ensure better collaboration and information-sharing with like-minded countries.”

Many of the nation’s global trade partners have been cooperative in helping prevent the spread of the disease by subjecting to a policy of using canine units to inspect shipments entering New Zealand’s economic zone to determine threats and identify measures to deter them.