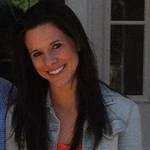 The Obama Administration on Tuesday announced plans to expand an initiative providing protection for minors fleeing violence in El Salvador, Guatemala, and Honduras. The expansion allows thousands of Central American children and their relatives to apply for refugee status.

The Central American Minors program was launched by the Department of State and Department of Homeland Security (DHS) in December 2014 to provide qualified children in Central America with a safe alternative pathway to the dangerous journey that thousands of minors have undertaken to enter the United States. The program has received more than 9,500 applications.

The United States has reached an agreement with Costa Rica where applicants from the region deemed most in need of immediate protection will be transferred to Costa Rica for safe harbor after undergoing pre-screening by the US government.

The United States is also establishing an in-country referral program to enable applicants to be considered for refugee protection in the United States after being screened and interviewed by DHS officers in their countries of origin.

“Through the Central American Minors program, the US government offers an alternative, safe, and legal path to the United States for children seeking protection from harm or persecution in El Salvador, Guatemala and Honduras,” said Secretary of Homeland Security Jeh Johnson.

Johnson continued, “Today, we are expanding these resettlement opportunities to additional vulnerable individuals within the region. This will increase the number of individuals to whom we are able to provide humanitarian protection while combating human smuggling operations.”

The announcement arrives on the heels of the Supreme Court’s decision to block President Obama’s plan to grant amnesty to millions of illegal immigrants. The Administration has spent several years grappling with the humanitarian crisis resulting from the surge of men, women, and children fleeing Central America to migrate in the United States.

US officials do not expect the expansion of the program alone to solve the problem, but believe it does represent a step in the right direction.

However, the program has also received sharp criticism. Bob Goodlatte (R-VA), Chairman of the House Judiciary Committee, said the Administration’s expansion of the program is “simply a continuation of the government-sanctioned border surge,” and it rewards individuals who have no lawful presence in the United States.

“Tens of thousands of unlawful immigrants continue to arrive at the Southwest border to benefit from the President’s lax immigration enforcement,and now many more can simply use this government-run program to come here,” said Goodlatte.“By allowing unlawful immigrants to benefit from this program, the Obama Administration undermines the integrity of our immigration system and the rule of law, and makes the system unfair for those who seek to come to the United States legally.”

Goodlatte continued, “Rather than take the steps necessary to end the ongoing crisis at the border, the Obama Administration perpetuates it by abusing a legal tool meant to be used sparingly to bring people to the United States and instead applying it to the masses in Central America.”