Are Facebook and Google Turning a Blind Eye to Climate Misinformation?

In a new report, the Center for Countering Digital Hate (CCDH) calls on Facebook and Google to stop promoting and funding climate denial, start labeling it as misinformation, and stop giving the advantages of their enormous platforms to lies and misinformation. 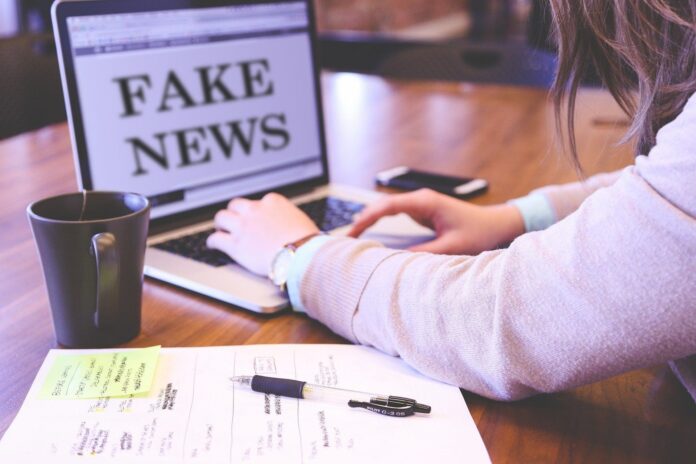 Scientific evidence continues to prove that human activity is warming the planet at an ever-accelerating rate and leading to catastrophic climate change.

​Yet, ten publishers – dubbed the Toxic Ten –  are spreading baseless, unscientific climate denial on their own websites and across social media. They are responsible for 69% of all interactions with climate denial content on Facebook and reach 186 million followers on mainstream social media platforms.

It’s a climate denial propaganda machine funded in part by Google via ad revenue, and spread across the world via social media, in particular Facebook, who allow them to pay to promote their denial. Together, the Toxic Ten generated up to $5.3 million in Google Ads revenue in just six months.

The Toxic Ten are part of an efficient climate denial disinformation industry (some having previously been known for election and COVID-19 misinformation, for example) and some have links to oil and gas companies. Two publications have links to the Russian state.

In a new report, the Center for Countering Digital Hate (CCDH) calls on Facebook and Google to stop promoting and funding climate denial, start labeling it as misinformation, and stop giving the advantages of their enormous platforms to lies and misinformation.

CCDH found that despite Facebook’s promises in March 2021 to begin labeling posts featuring climate denial with links to correct information, the platform has failed to follow through. Just 8% of the most popular posts on Facebook containing the Toxic Ten’s misinformation carried labels.

The Toxic Ten are particularly influential on Facebook, where eight of them have paid the platform to advertise their content to its users.

Although the majority of the 10 are in the U.S., people from Brazil, India, Poland, Haiti, Mexico, Thailand, Russia, France and Germany were among their top viewers.

CCDH’s analysis is based on a sample of 6,983 climate denial articles published between October 12 2020 and October 11 2021 that featured in posts that received a total of 709,057 Facebook interactions, which includes likes, comments and shares. The analysis shows that interactions with climate denial content peaked between February 15-21 this year, with posts receiving 328,906 user interactions in that period.

In a statement to the media, Facebook said this represented only a small fraction of its site’s interactions on climate change.

As well as profiting from Google’s AdSense platform, researchers found that eight of the Toxic Ten have paid Facebook to advertise their content to its users. CCDH says Facebook should refuse to profit from publishers who are major spreaders of climate denial and other misinformation that seeks to obstruct action to halt climate change. The Center is calling for Facebook to introduce a policy to refuse payment for ads if a publisher has repeatedly spread clear climate change misinformation.

As for Google, CCDH says the tech giant must stop placing their clients’ ads on these sites. Google has already acknowledged this is an important issue, having promoted its supposed new policy to no longer profit from ads on climate denial content. However, CCDH is concerned that this new policy was not implemented prior to COP26, when the amount of climate misinformation and disinformation is likely to be very high.

Meanwhile, analysts at the Institute for Strategic Dialogue (ISD) have been monitoring online discussion about climate change in eastern Europe. The analysts found that anti-climate debate is dominated by attempts to smear those lobbying for action, be it international personalities like Greta Thunberg or local activists, rather than a discussion on climate policy itself. Generally, the tactics adopted are to highlight negative stories, spread half-truths or false information, twist verifiable facts and exaggerate traits of the targeted person.

ISD also points to the example of “Greenpiss”, an outlet since renamed “Hnutí Ducha” (“Spirit Movement”), which has targeted local organizations like the Czech branch of Greenpeace and the Czech environmental group Hnutí Dúha (Rainbow Movement), even deriving its own name(s) from them. “Greenpiss” first became active in the autumn of 2016 when they launched a YouTube channel and website, on which they ran a petition demanding the “end of ecoterrorism” and began posting articles ridiculing green activists and policies. The website’s content was amplified by a “Greenpiss” Facebook page, established in February 2017, and a Twitter account established in May 2019. Facebook has since become the primary channel for their online activities, which center around trying to discredit pro-climate policy actors and sharing climate-related news articles and framing them in a negative or misleading way.

Another study by ISD during the 2021 German election discovered that most of the top shared posts relating to renewable energy on Facebook either doubted climate change or criticized climate action. They found a similar trend on conversations around fossil fuels, with most of the top shared posts on Facebook (19 out of 25) arguing against climate action. It was a different story on Twitter however, with most post on these two subjects promoting the scientific evidence or in support of climate action.

ISD found that although climate-positive messages on social media tend to have a higher volume, anti-climate posts, and especially ad-hominem attacks on individuals or groups, receive markedly more engagement, further polarizing the digital community and fueling the growing global pandemic of online hate.

Share
Facebook
Twitter
Linkedin
Email
Previous articleGreeks Fear Megafires Could be the New Normal for Mediterranean
Next articleHeather A. Conley Named Next President of the German Marshall Fund