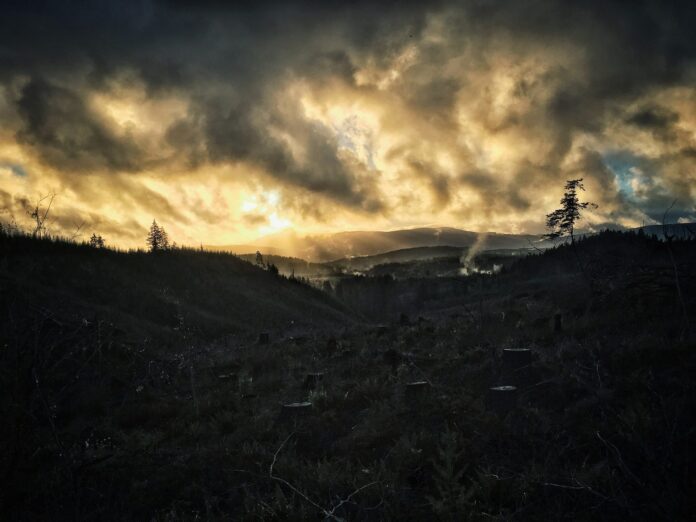 The Converging Risks Lab of the Council on Strategic Risks (CSR) has released a landmark report, The Security Threat That Binds Us, that identifies ecological disruption as a major and underappreciated security threat and calls on the United States to reboot its national security architecture and doctrine to better respond to this evolving threat landscape.

Dr. Rod Schoonover, lead author of the report, Advisor at the Council on Strategic Risks, and former Director of Environment and Natural Resources at the National Intelligence Council, noted: “The past decade has seen a lot of deserved attention on the security implications of climate change, but the fraying of the ecological networks on which humanity depends, which is both interconnected with and distinct from climate change, poses a commensurate security threat. The U.S. and international security communities need to treat ecological disruption and climate change as conduits of serious security threats, rather than mere environmental concerns.”

The report focuses on the security ramifications from large-scale destabilization and transformation of the biosphere, and ecosystems shifting to new baseline states. It offers recommendations based on three fundamental precepts: heightened action from both the U.S. Congress and the Executive Branch to combat ecological and natural security disruptions; a greater infusion of science and scientific expertise into the national security communities; and a reboot of U.S. national security doctrine and architecture to tackle the modern threats presented by a changing planet and degradation of its embedded socio-ecological systems.

The report’s authors call for eight pillars of recommended actions by the United States:

Ratify the UN Convention on Biological Diversity and the Law of the Sea; infuse ecological and natural security into climate change efforts; integrate sustainable agriculture and food supply into policy and science; and promote actions that combat overexploitation of natural resources.

Deploy effective security advocates; convene high-level ecological and natural security conferences, with the participation of security, foreign policy and intelligence leaders; and expand the aperture of natural security to include the broader ecological security framework described in the report.

President Biden has already started to show his hand with regard to climate change and its links to national and international security. But this report goes much further than linking climate change to security concerns, instead warning of a broad range of ecological disruptions and their consequences.

“Since the emergence of COVID and the new focus that has been placed on non-nation-state security threats, few reports have made me think so deeply about the complex web of policy issues upon which our own national interests depend. Climate change is a piece of this story, but the authors illustrate the broader ecological narrative in a way that is both compelling and illuminating.”

Population growth, demographic shifts, globalization, urbanization and other socioeconomic forces have all reconfigured the Earth’s natural systems. For more than three decades, scholars and practitioners have studied and debated how these planetary changes affect human, national, and global security. It is now time to fully recognize the role of a destabilizing biosphere in security – and to act. The report notes that without transformative actions on both climate change and ecological disruption, the future portends a dangerous period ahead of ecological, political, and socioeconomic collapse, punctuated with conflict, political instability, loss of social cohesion, infectious disease, migration, and many dimensions of human suffering.

The U.S. national security apparatus is designed to protect Americans against malign actors. Actorless security threats, like infectious disease outbreaks and climate change, present problems that national security agencies are not institutionally, educationally, or doctrinally prepared to address. The report recommends the U.S. rethinks which federal agencies get a seat at the national security table, which could help offset the tendency of the United States to view national security through a narrow defense or military lens. Congress, meanwhile, will be challenged to reframe ecological threats beyond low-priority environmental concerns and to resource them at levels more appropriate for the serious security implications for people and nations, including the United States, that these ecological threats and environmental concerns pose.

Scientists have been warning for some time that the situation is dire. President Biden has pledged to be led and driven by science. His early actions against COVID-19 support this, time will tell if the new administration will also tackle climate and ecological threats with the same commitment.

Read the full report at the Council on Strategic Risks