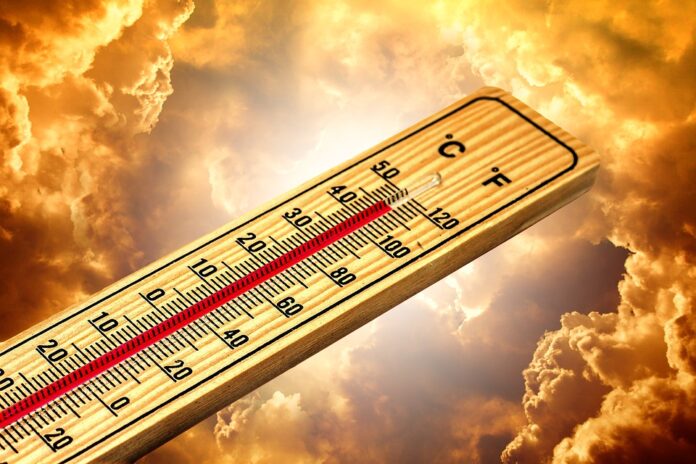 President Biden has announced new executive actions to tackle the climate crisis, as extreme heat impacts many communities. The climate crisis is making heat waves more intense and frequent, taking a toll on health across the country.

The funding will help communities increase resilience to heat waves, drought, wildfires, flood, hurricanes, and other hazards by preparing before disaster strikes.

Last year alone, the United States faced 20 extreme weather and climate related disaster events with losses exceeding $1 billion each – a cumulative price tag of more than $145 billion. All aspects of U.S. life and business can be impacted by extreme weather events, including underserved communities which can be at increased risk and critical infrastructure which could bring the country to a standstill if severely impacted.

Biden announced the measures at a former coal-fired power plant in Brayton Point, Massachusetts that will host a cable manufacturing facility to support the offshore wind industry, signaling a shift in U.S. energy security. As part of Biden’s executive actions, the Department of the Interior is proposing the first Wind Energy Areas in the Gulf of Mexico, a step toward expanding offshore wind opportunities to another region of the United States. These areas cover 700,000 acres and have the potential to power over three million homes. President Biden is also directing the Secretary of the Interior to advance wind energy development in the waters off the mid- and southern Atlantic Coast and Florida’s Gulf Coast.

“The health of our citizens and our communities is literally at stake,” Biden said warning of the impacts of climate degradation. “The U.N.’s leading international climate scientists called the latest climate report nothing less than, quote, “code red for humanity.”  Let me say it again: “Code red for humanity.”  It’s not a group of political official — elected officials.  These are the scientists.”

The President added that America’s national security is at stake, too. “Extreme weather is already damaging our military installations here in the States.  And our economy is at risk.  So we have to act. Extreme weather disrupts supply chains, causing delays and shortages for consumers and businesses. Climate change is literally an existential threat to our nation and to the world.”

Biden emphasized the potential for new energy jobs and said he is already seeing some support in but needs more. “While so many governors and mayors have been strong partners in this fight to tackle climate change, we need all governors and mayors.  We need public utility commissioners and state agency heads.  We need electric utilities and developers to stand up and be part of the solution.  Don’t be a road block.

Biden’s climate plans have been somewhat delayed and diluted by Congress with strong Republican opposition. This has prompted the President to use his executive powers, saying “this is an emergency and I will look at it that way.” Consequently, we can expect to see further executive actions to fight climate change announced in the coming weeks.