Climate Security and the U.S.-Russia Summit 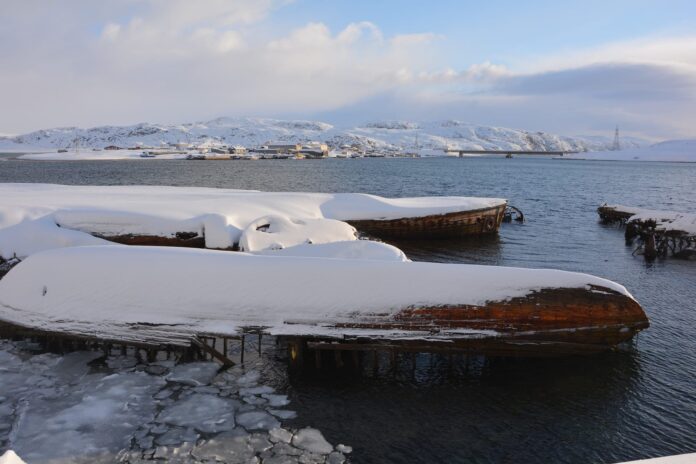 Writing for the Center for Climate and Security ahead of the U.S.-Russia summit, Steve Brock and Roger Ullman consider whether climate security could offer some common ground and even potential collaboration for the two nations, or whether it will only drive competition and highlight differences:

When Presidents Biden and Putin meet today on the shores of Lake Geneva they won’t be short of contentious topics to discuss. With the bilateral relationship at its lowest point since the Cold War, many have pointed to cooperation on climate change as rare common ground worth exploring in a meeting that will be dominated by multiple areas of serious disagreement.  The emergence of climate as an unlikely bridge is largely based on Putin’s surprising participation and cooperative tone at President Biden’s April Leaders Summit on Climate. Over the weekend, Putin told Russian State TV that there were “issues where we can work together” with the United States, including climate change. Posturing aside, a frank discussion about the importance of addressing climate change merits a place on their crowded agenda given the urgency of the global security implications outlined in the recent World Climate and Security Report 2021 from the Expert Group of the International Military Council on Climate and Security. Establishing discourse on climate security can serve both sides’ summit objective to find paths of de-escalation in a relationship that’s precariously close to rock bottom. To the world, it would also signal that even adversaries locked in bitter, wide-ranging disputes can recognize there is no longer time to waste in finding ways to come together to meet a global existential threat.

Despite these potentially positive signs, the imperative to adapt and build resilience to climate change risks fueling greater geopolitical competition between Moscow and Washington. The edge in threat-based capabilities planning will go to the side that not only most accurately assesses its adversary’s capabilities but also effectively integrates climate dynamics and its adversary’s choices to cope with them. Moscow undoubtedly noted signals from Monday’s NATO Summit in Brussels that climate adaptation is now considered vital to achieving the core mission of the Alliance. The development of a first NATO Climate Action Plan will influence Russian thinking on climate security steps it can take to keep pace with the military alliance arrayed against it.

Russia occupies a fairly unique position at the intersection of climate and security, due to its geographic location, topography and unconventional approach to geopolitics. This explains, more than is traditionally recognized, the country’s historically uninspiring engagement to address climate change. The Western perception of inherent mutual benefit as a sufficiently compelling argument for collective action may not register with President Putin – an interlocutor for whom chaos or conflict are acceptable, as long as he retains a position of relative advantage. Climate change, like virtually everything else in the Kremlin, is viewed through a security lens. As noted in a New York Times report:

“Russia has been explicit about its intention to come out ahead as the climate changes; in its national action plan on climate released in January, it called on the country to ‘use the advantages’ of warming and listed Arctic shipping and extended growing seasons among things that would shower ‘additional benefits’ on the nation.”

Further, food insecurity and water scarcity can lead to geopolitical instability – a condition which Russian leadership has proven all-too-willing to exploit.

Receding Arctic ice is probably the most commonly cited climate security impact and one from which the Russians could be seen to quickly and directly benefit due to their long history and familiarity with military operations in the region.   Russia has moved aggressively to position itself advantageously for future competition over fish, oil, gas, rare earth metals and shipping routes, but also to establish a strategic security footprint to defend those interests.  The Russian military is well aware that the opening Arctic also exposes its vast northern flank in new and challenging ways already informing the strategic calculus of its adversaries. Moscow has begun requiring merchant vessels transiting the northern sea route to hire Russian military escorts. Beyond the military sphere, the Kremlin is also growing concerned with detrimental climate-related economic and environmental developments in the Arctic.  Dialogue on those mutual concerns in Geneva can set the stage for productive U.S. engagement at the Arctic Council as Russia is beginning a two-year term chairing the eight-nation body.

Cursory analysis could lead one to assume that Russia will be spared the most nefarious aspects of climate change, as Russia’s largest cities and most important military bases are far less vulnerable to inundation from sea-level rise than those elsewhere, including in China and the United States. Further, rising temperatures are expected to increase the volume of Russian arable land. However, this ignores the rapidly thawing permafrost which not only threatens significant Russian infrastructure (i.e. networks of roads, bridges, factories and pipelines), but also the release of enormous quantities of trapped greenhouse gases (including methane, an extreme climate “forcer”) which could have dramatic consequences for the atmosphere and global climate system.

One obstacle to Russian efforts to take advantage of more arable land is its declining population. Situated adjacent to enormous Asian population centers, climate-catalyzed migration might permit Russia to address its demographic crisis and populate its eastern lands. Again in the New York Times:

“…for a few nations, climate change will present an unparalleled opportunity, as the planet’s coldest regions become more temperate. There is plenty of reason to think that those places will also receive an extraordinary influx of people displaced from the hottest parts of the world as the climate warms.”

However, such population flows could precipitate domestic tensions, particularly given the rise of ultranationalist political forces who often exploit such dynamics for political gain.

Russia’s overreliance on hydrocarbon production and mineral export is likewise a considerable vulnerability, as the world shifts toward low-carbon sources of energy and carbon-neutrality. Some Russian officials express concern about the impact of climate change on their economy and more internationally exposed firms are responding to international financial institutions’ and investors’ requirements for adherence to environmental, social, and governance (ESG) metrics.

The Kremlin will likely continue to hamstring international climate efforts. The EU announced in mid-2020 that it was investigating the imposition of a carbon border tax that would penalize trading partners that are climate policy laggards. Russia responded that it is “extremely concerned” by the proposed measure, and believes that it contravenes WTO rules, indicating a likely future challenge to the global trade body. The weakness inherent in Russia’s commodity-based economy in a world in transition to low-carbon energy sources has always been a key driver of Moscow’s resistance to multilateral cooperation on carbon neutrality.

Moscow’s history of intransigence on global climate action is rooted in its perception that such cooperation is not in its national interest. President Biden should seize on Putin’s recent opening to deploy both the cooperative and competitive security dimensions of climate change as a compelling argument for Russia’s active engagement on the issue. Highlighting the mutual security threats posed by climate change impacts (and tempering the Kremlin’s misplaced optimism) may be the best approach to involving Russia in future multilateral efforts. Russian security, rather than the common good and compassion for those around the globe most affected by our changing climate, is an argument that will resonate in the Kremlin. Putin has signaled a willingness to discuss climate cooperation at today’s summit and, as he told Russain State TV, “If we can create mechanism for working on those issues, then I think we can say the summit was not in vain.” President Biden should hold him to those words, not just for the sake of a thaw in bilateral relations but to plant a seed that if mutually nurtured could bear mutual climate security interests and action.

Read the article at the Center for Climate and Security