Earth Day and the Security Community – Why Should We Care? 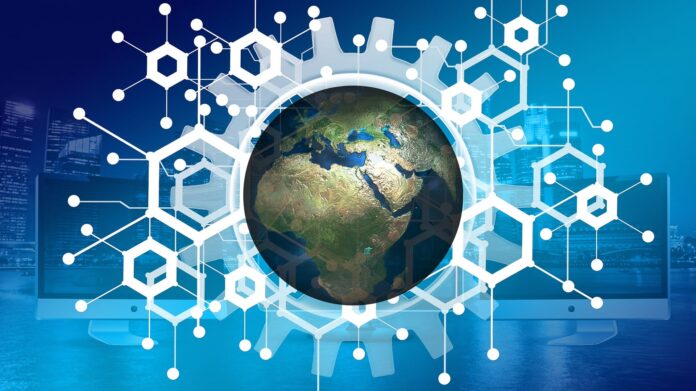 Earth Day (April 22) might sound like some sort of hippy celebration around a bonfire, but thinking about the security issues related to the environment in the broadest way possible is useful for both national and global security.

The first celebration of Earth Day in 1970 was a bipartisan creation that had a tremendous impact, both in the U.S. and around the world. In the months and years following the first Earth Day major environmental legislation like the Clean Air and Clean Water acts were passed and the Environmental Protection Agency (EPA), was created. Today the holiday is actively marked by 1 billion people across the world.

The very fact that you’re reading an article about Earth Day here at Homeland Security Today is a reflection of how far our understanding has reached since the first Earth Day in 1970. When this holiday started, the American public’s awareness of environmental issues was just beginning to emerge. Fifty years later we observe Earth Day with a much greater understanding of the wide range and scope of the ecological issues we’re facing and their direct connection to the health and safety of everyone. Given the nature and number of the threats, effective – and urgent – solutions can only be implemented through the cooperation of multiple countries, both at citizen and leadership level.

When thinking about the security risks, it can be helpful to think about the Earth as a single living unit. Just like our bodies, when something goes wrong it often affects other aspects of our health. A broken hip or lung infection can increase the risk of stroke or worsen diabetes, for example.

After half a century of technological development and research we have developed a solid understanding of the mechanisms through which human activity is impacting the ecosystem and how the degradation of the environment is threatening our infrastructure, economic productivity and political stability. The initial focus of Earth Day was mainly on pollution, but today the list of ecological issues is long and the threats are well studied and understood.

From global warming to plastic pollution, each ecological crisis is creating risks that intersect with the effects of other crises. For instance, poor forestry management increases the risk of infrastructure damage due to wildfires. The real trouble comes when this risk is amplified by a particularly intense drought fueled by global warming, creating the necessary conditions for far greater damage . Plastic pollution is a considerable threat to the ocean ecosystems, but when we consider the effects of oceans acidification and overfishing we realize that we face a much greater risk of pushing many marine ecosystems over the edge. Considering that many millions of people around the world rely on fish for their income and that billions get a major chunk of their protein intake from fish, there are severe security and economic concerns related to the health of the ocean.

And this is what the experts are warning us about, the highest risks are found at the intersection of threats posed by one or multiple threats. It is absolutely crucial to keep this in mind when designing an optimal strategy to mitigate the security risks associated with any environmental issue. What is needed is a holistic perspective that takes into consideration the different levels of cost, efficiency and feasibility for each mitigation policy that we put in place.

The Earth is an incredibly complex, highly interrelated system and human activity is impacting pretty much every large-scale process. For instance, developing a carbon capture technology or phasing out fossil fuels are without doubt  necessary steps towards limiting the negative effects of global warming. But when we decide where to put our money and energy we have to consider the fact that investing in the preservation of tropical forests on the other side of the planet is actually an inexpensive way of urgently reducing our carbon emissions.

The causes and consequences of many of the environmental challenges we’re facing are global. This makes it harder for a single country, even those as powerful as the U.S. to single-handedly solve any particular issue. But this also implies that progress made on the other side of the world can have a direct positive impact in the U.S. Every solution aimed at mitigating further warming, pollution or deforestation is simultaneously contributing to the alleviation of numerous security risks on every continent and reduces the likelihood of major crisis intersections.

As the National Security, Military and Intelligence Panel of the Center for Climate and Security recently warned, it is becoming abundantly clear that very high or catastrophic security risks with environmental factors and/or causes will be witnessed during the first and especially second part of the century. The question then should not be why should we care, but what are we doing about it? The world will be looking to America to see how it reacts to scientific evidence and whether it can offer leadership and innovation to meet the challenges head on.

Aleks Evtimov
Aleks Evtimov is a freelancer blogger and social media manager. In 2013 he decided to put his legal background and tech skills at the service of the environment. He manages English and French online communities and blogs focused on disseminating information about the various facets of the ongoing ecological crises. He writes primarily on the subjects of deforestation, climate change and international environmental law.