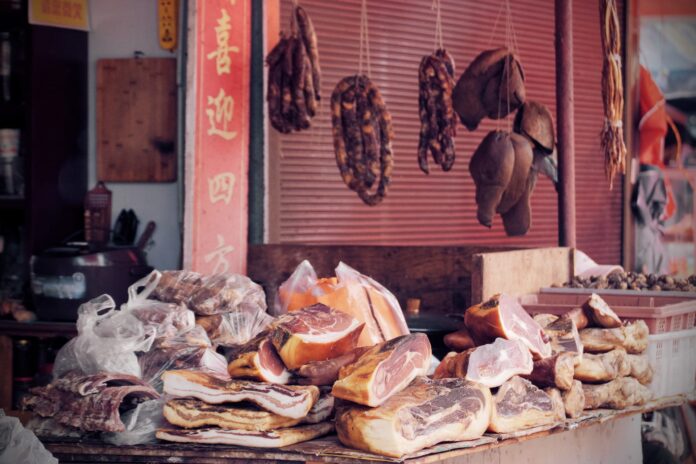 The International Atomic Energy Agency (IAEA) has opened a new facility to address diseases like COVID-19 as well as food safety and climate change. The Director General of the IAEA, Rafael Mariano Grossi, officially opened the building named after his predecessor Yukiya Amano.

The new building, located in Austria, will house three of the five laboratories run jointly by the IAEA and the Food and Agriculture Organization of the United Nations (FAO): the Animal Production and Health Laboratory, the Food and Environmental Protection Laboratory and the Soil and Water Management and Crop Nutrition Laboratory. They will have twice the space in the new facility than they currently have. The purpose-built infrastructure will house cutting-edge equipment, including mass spectrometers and next generation gene sequencing platforms, and enhance the IAEA’s capacity for collaborative research and for the provision of training opportunities to scientists in its member states.

Grossi unveiled a plaque in honour of Director General Amano, who passed away in July last year. He said naming the new facility was a fitting tribute “in honour of the man who did more than anyone else” to make the modernization of the IAEA nuclear applications laboratories a reality under the Renovation of the Nuclear Applications Laboratories (ReNuAL) initiative. Yukiya Amano served as IAEA Director General from December 2009 until his death in July 2019. Last September, the IAEA General Conference unanimously adopted a resolution to name the new IAEA facility after him.

The opening of the facility was especially relevant in view of the COVID-19 outbreak, said Grossi. “The pandemic has brought into sharp focus the threat that zoonotic diseases pose to human health and well-being. It has also underscored the importance of the IAEA nuclear applications laboratories in helping our member states.”

The IAEA is providing emergency assistance to some 120 countries in the use of a nuclear-derived test to rapidly detect the COVID-19 virus.

“It is a great pleasure to see how the IAEA is making concrete contributions to global peace and development here in Seibersdorf. The laboratories impressively showcase that atomic energy can be used for many purposes other than nuclear weapons or power plants,”  Austrian Federal Minister for European and International Affairs Alexander Schallenberg said. “The ReNuAL project and the opening of the Yukiya Amano Laboratories make an essential contribution to further strengthening this top level research. Guaranteeing an optimal environment for all international organizations and their employees in Austria remains one of the government’s goals,” he added.

The three-floor facility offers more than 1,500 sqm in laboratory space. It was designed and constructed with the help of several Austrian firms at a cost of €19.2 million, funded through contributions from several IAEA member states, individuals, and institutional partners. In total, 42 IAEA Member States contributed over €39 million in extrabudgetary funds and in-kind contributions for the renovation of all its nuclear applications laboratories in Seibersdorf.

The modernized laboratories will increase the IAEA’s ability to support countries in addressing zoonotic diseases. These include diseases such as COVID-19, avian influenza, Ebola and Zika. The Animal Production and Health Laboratory at the centre of the IAEA pandemic response also coordinates a network of veterinary laboratories known as VETLAB, which helps countries safeguard the health of livestock that contribute to the livelihood of around 70 per cent of the world’s rural poor. The two other laboratories carry out applied research and training in the use of nuclear techniques to ensure food safety and prevent food fraud, improve soil and water management and increase crop productivity, among others.