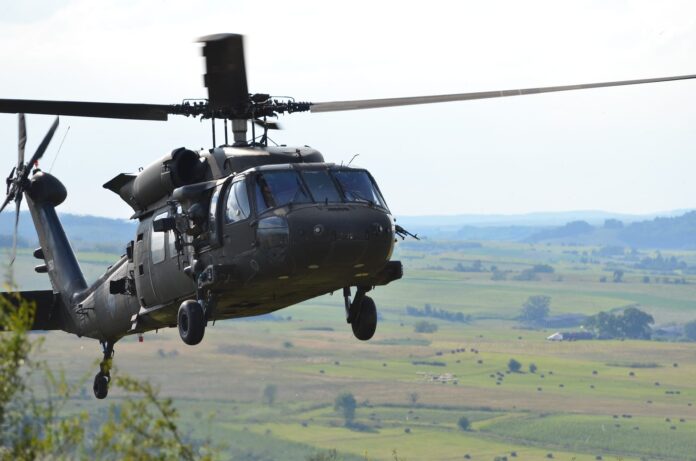 Dr. Marc Kodack, a Senior Fellow at the Center for Climate and Security and former Sustainability and Water Program Manager in the Office of the Deputy Assistant Secretary of the Army for Energy and Sustainability, examines the direct consequences of climate change for critical military infrastructure:

The deleterious effects of high temperatures and humidity on the performance of aircraft are exacerbated in many places around the world under climate change. Last year, in a Center for Climate and Security briefer, these effects were discussed for both rotary and fixed wing aircraft. They include reductions in take-off weight because of reduced lift and, longer take-off and landing distances. The result will be that military operations will be at higher risk of disruption or outright failure, particularly in those locations where longer over-water distances need to be traversed. Complementing the briefer is a recent study by Gratton et al. (2020) that collected and analyzed climate change effects on the operation of two types of commercial, civilian aircraft that are commonly used at Greek airports.

Gratton et al. examined changes in nighttime temperature and wind conditions at 10 Greek airports and how they affected the performance of two different aircraft—a twin-engine turboprop (de Havilland Canada DHC-8-400) and a twin-engine turbofan (Airbus A320-231). Nighttime weather data were collected because these data show the greatest effects of local climate change and minimize day-to-day variation. Weather data were available for individual airports over different time spans that varied from 28 to 62 years. Gratton et al. did not examine changes in humidity.

Based on the results of the analysis, the turboprop had a mean increase in take-off distance of 1.4 m (4.6 ft), whereas the turbofan had a mean increase of 2.7 m (8.9 ft). For those airports with longer runways, these changes in take-off distances are not significant, although that may change with higher temperatures in the future. However, with those airports with shorter runways, and for both types of planes, take-off distances have increased to the point where airlines have had to reduce payloads and reduce  revenue. For more remote communities and/or those that depend on tourism, reductions in cargo and/or passengers could cause disruptions in the local economy.

The Gratton et al. study should be seen as a test of principle whereby data for specific climate change effects, temperature and wind, were collected and analyzed for existing airports to determine their effects on different commercial aircraft performance. While the examined aircraft are not in the U.S. military’s inventory, the principle tested with actual real-world data has great utility for the performance of airframes that are in the current inventory, e.g., C-17, C-130, Blackhawk. Humidity should be added as another climate change variable that will affect aircraft performance.

Gratton et al. focused on the mobile portion of aviation, the aircraft, but not the physical infrastructure of the airports which will also be affected by climate change. While the U.S. military’s ability to affect design changes at airports or airfields overseas is limited, it can directly update its airfield facilities criteria and guidelines for those facilities that are designed and constructed in the U.S., e.g., Airfield and Heliport Planning and Design. The current version of these criteria does not mention climate change as a variable for a designer to incorporate into their design, e.g., runway length. If neither the aircraft nor the facilities designers currently include climate change considerations in their respective U.S. located end products, then the performance of both will be sub-optimal for the variety of missions that the military will be asked to undertake around the world.

Read the article at The Center for Climate and Security