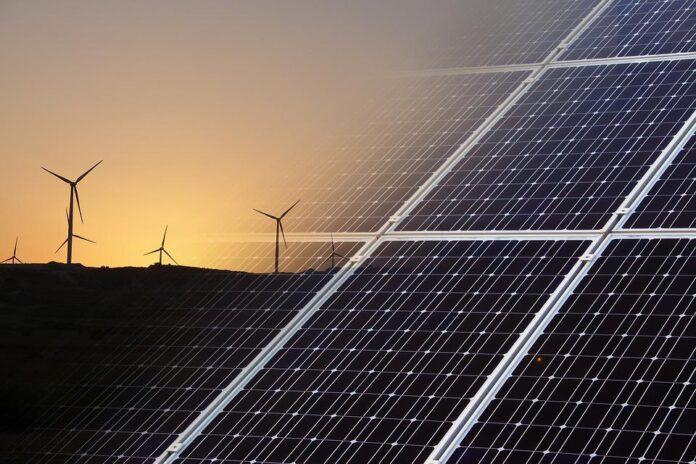 Senate Democrats have passed a bill that would enable the United States to substantially reduce its emissions thanks to a $369 billion investment in climate solutions.

“By a wide margin, this legislation will be the greatest pro-climate legislation that has ever been passed by Congress,” Senate Majority Leader Chuck Schumer said. “This legislation fights the climate crisis with the urgency the situation demands and puts the U.S. on a path to roughly 40% emissions reductions by 2030, all while creating new good-paying jobs in the near and long-term.”

The Inflation Reduction Act of 2022 does not meet all of President Biden’s early climate promises, particularly on fossil fuel. The original Build Back Better Act, was more ambitious but failed to garner support from Democratic Senator Joe Manchin as well as Republicans.

Manchin supports the revised legislation however and said on July 27 that the bill would ensure the U.S. invests in the energy security and climate change solutions needed to remain a global superpower through innovation rather than elimination.

“In addition to fighting inflation, we must stop pretending that there is only one way to combat global climate change or achieve American energy independence,” Manchin said. “The Inflation Reduction Act of 2022 addresses our nation’s energy and climate crisis by adopting common sense solutions through strategic and historic investments that allow us to decarbonize while ensuring American energy is affordable, reliable, clean and secure. The need to balance all of these critical energy priorities is no longer open to debate given the energy threats we face.”

Some dilution to Build Back better was always going to be on the cards to get enough support for climate action. But this is still a significant piece of legislation for environmental and energy security.

It would also invest in decarbonizing all sectors of the economy through targeted federal support of innovative climate solutions. This would include tax credits for clean sources of electricity and energy storage and roughly $30 billion in targeted grant and loan programs for states and electric utilities to accelerate the transition to clean electricity. A further $27 billion would fund a clean energy technology accelerator.

Rural communities would be supported by investing in farmers and forestland owners to be part of growing climate solutions, and by ensuring rural and communities are able to better adapt to a rapidly changing climate. More than $20 billion would be made available to support climate-smart agriculture practices. Other measures would include forest and coastal conservation, wildfire prevention, and tax credits and grants to support the domestic production of biofuels.

Investments would also be focused into disadvantaged communities to ensure that communities that are too-often left behind will share in the benefits of the transition to a clean economy. For example, the Environmental and Climate Justice Block Grants, funded at $3 billion, would invest in community led projects in disadvantaged communities and community capacity building centers to address disproportionate environmental and public health harms related to pollution and climate change. A further $3 billion would support the purchase and installation of zero-emission equipment and technology at ports.

President Joe Biden, answering a question often asked of world leaders when making spending announcements, said: “We will pay for all of this by requiring big corporations to pay their fair share of taxes, with no tax increases at all for families making under $400,000 a year.”

The Senate is expected to vote on the legislation next week.