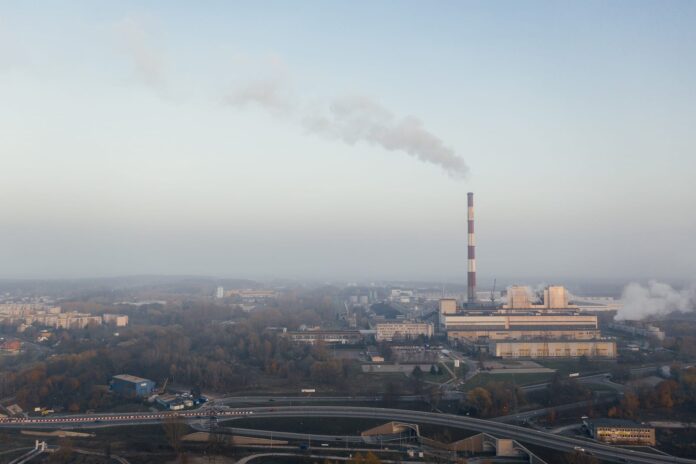 More than 8 million people died in 2018 from fossil fuel pollution, significantly higher than previous research suggested, according to new research from Harvard University, in collaboration with the University of Birmingham, the University of Leicester and University College London. Researchers estimated that exposure to particulate matter from fossil fuel emissions accounted for 18 percent of total global deaths in 2018  — a little less than 1 out of 5.

Regions with the highest concentrations of fossil fuel-related air pollution — including Eastern North America, Europe, and South-East Asia — have the highest rates of mortality, according to the study published in the journal Environmental Research.

The study greatly increases estimates of the numbers killed by air pollution. The most recent Global Burden of Disease Study, the largest and most comprehensive study on the causes of global mortality, put the total number of global deaths from all outdoor airborne particulate matter — including dust and smoke from wildfires and agricultural burns — at 4.2 million.  The findings underscore the detrimental impact of fossil fuels on global health.

How did the researchers arrive at such a high number of fossil-fuel-caused deaths?

“With satellite data, you’re seeing only pieces of the puzzle,” said Loretta J. Mickley, Senior Research Fellow in Chemistry-Climate Interactions at the Harvard John A. Paulson School of Engineering and Applied Sciences (SEAS) and co-author of the study. “It is challenging for satellites to distinguish between types of particles, and there can be gaps in the data.”

To overcome this challenge, the Harvard researchers turned to GEOS-Chem, a global 3-D model of atmospheric chemistry led at SEAS by Daniel Jacob, the Vasco McCoy Family Professor of Atmospheric Chemistry and Environmental Engineering. Previous studies have used GEOS-Chem to model the health impacts of particulate matter, and its results have been validated against surface, aircraft, and space-based observations around the world.

For a global model, GEOS-Chem has high spatial resolution, meaning the researchers could divide the globe into a grid with boxes as small as 50 km x 60 km and look at pollution levels in each box individually.

“Rather than rely on averages spread across large regions, we wanted to map where the pollution is and where people live, so we could know more exactly what people are breathing,” said Karn Vohra, a graduate student at University of Birmingham and first author of the study. Vohra is advised by coauthor Eloise Marais, a former postdoctoral fellow at Harvard, now Associate Professor in the Department of Geography at UCL.

To model PM2.5 generated by fossil fuel combustion, the researchers plugged into GEOS-Chem estimates of emissions from multiple sectors, including power, industry, ships, aircraft and ground transportation and simulated detailed oxidant-aerosol chemistry driven by meteorology from the NASA Global Modeling and Assimilation Office. The researchers used emission and meteorology data primarily from 2012 because it was a year not influenced by El Niño, which can worsen or ameliorate air pollution, depending on the region. The researchers updated the data to reflect the significant change in fossil fuel emissions from China, which fell by about half between 2012 and 2018.

“While emission rates are dynamic, increasing with industrial development or decreasing with successful air quality policies, China’s air quality changes from 2012 to 2018 are the most dramatic because population and air pollution there are both large,” said Marais. “Similar cuts in other countries during that time period would not have had as large an impact on the global mortality number.”

The combination of 2012 and 2018 data from China gave the researchers a clearer picture of global fossil fuel emission rates in 2018.

Once they had the concentration of outdoor fossil-fuel PM2.5, the researchers needed to figure out how those levels impacted human health.  While it’s been known for decades that airborne particles are a danger to public health, there have been few epidemiological studies to quantify the health impacts at very high levels of exposure such as those found in China or India. Previous research converted health risks of indoor second-hand smoke exposures to estimate the risks of outdoor PM2.5 at these high levels. However, recent studies from Asia found that this approach substantially underestimates the risk at high concentrations of outdoor air pollution.

This new model found a higher mortality rate for long-term exposure to fossil fuel emissions, including at lower concentrations.

“Often, when we discuss the dangers of fossil fuel combustion, it’s in the context of CO2 and climate change and overlook the potential health impact of the pollutants co-emitted with greenhouse gases,” said Schwartz. “We hope that by quantifying the health consequences of fossil fuel combustion, we can send a clear message to policymakers and stakeholders of the benefits of a transition to alternative energy sources.”

The research underscores the importance of policy decisions, said Vohra.

The researchers estimated that China’s decision to cut its fossil fuels emissions nearly in half saved 2.4 million lives worldwide, including 1.5 million lives in China, in 2018.

“Our study adds to the mounting evidence that air pollution from ongoing dependence on fossil fuels is detrimental to global health,” said Marais. “We can’t in good conscience continue to rely on fossil fuels, when we know that there are such severe effects on health and viable, cleaner alternatives.”

This research was supported by the Wallace Global Fund, the Environment and Health Fund (EHF) Israel, The Environmental Protection Agency, and University of Birmingham Global Challenges PhD studentship.