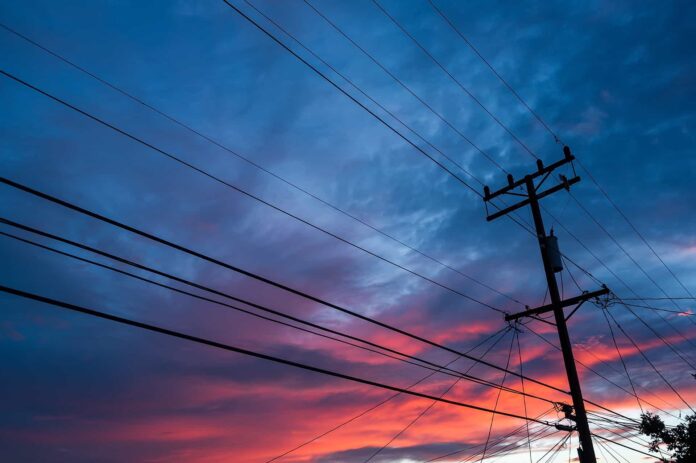 The following is an extract from Climate Risk in the Electricity Sector: Legal Obligations to Advance Climate Resilience Planning by Electric Utilities:

The electric system is significantly affected by weather conditions. High temperatures increase demand for electricity, while simultaneously reducing the operating efficiency of thermoelectric generating facilities and the carrying capacity of transmission and distribution lines. Droughts can force the curtailment or shutdown of hydroelectric and other water-dependent generation, as can storms and flooding, which can also damage or destroy transmission and distribution infrastructure. Seeking to reduce these and other risks, electric system operators have designed their infrastructure in the context of historic weather patterns, with the goal of ensuring reliability and quick recovery following extreme weather events. However, with climate change now causing major shifts in historic weather patterns and more frequent and severe extremes, electric system operators must fundamentally rethink their approach.

The Fourth National Climate Assessment, published in 2018, concluded that “[a]nnual average temperature over the contiguous United States has increased by 1.2ºF (0.7ºC) over the last few decades and by 1.8ºF (1ºC) relative to the beginning of the last century.” This temperature increase has led to more frequent and intense heat waves, droughts, storms, and other extremes, as well as environmental changes such as sea level rise, all of which are negatively affecting the electric system.

The number and severity of weather-related electricity outages have increased in recent years as system operators grapple with multiple compounding climate impacts. One example occurred in Washington state in summer 2015, when higher than average temperatures led to a spike in demand at the same time as a wildfire forced the shutdown of a transmission line, which in turn necessitated the curtailment of output from a hydroelectric generating facility. This led to a twenty-percent shortfall in electricity supply, which cost the local utility—Seattle City Light—approximately $100,000 per day to replace. More recently, what may be the hottest terrestrial temperature ever reliably recorded in California, along with severe wildfires, contributed to a grid operator forced blackout in August 2020.7

As these experiences demonstrate, the consequences of climate change already present a significant physical risk to electricity infrastructure, with that risk expected to increase in coming years as climate change worsens. The Chief Executive Officer of investment giant BlackRock, Larry Fink, recently observed that climate risk is “driving a profound reassessment of risk and asset values.” The U.S. Commodity Futures Trading Commission’s report, Managing Climate Risk in the U.S. Financial System, similarly found that “awareness is growing across infrastructure sectors, including energy . . . that physical risks do not just impact particular sites and locations, but also shorten the lifecycle of infrastructure and degrade its operational reliability.”

A number of electric utilities have acknowledged climate risk in general terms in their corporate filings with the U.S. Securities and Exchange Commission and other documents. Most electric utilities are, however, yet to integrate climate considerations into system planning, design, operation, and other decisions. Indeed, only a handful of electric utilities have conducted a comprehensive assessment of where and under what conditions their systems are vulnerable to the impacts of climate change, and fewer still have identified and implemented measures to reduce those vulnerabilities.

This paper argues that electric utilities are legally obligated to plan for climate risks to protect already made investments and proactively improve future investment decisions. We identify two separate legal bases for such an obligation, though others almost certainly exist. The first is found in state public utility law, which requires electric utilities to provide customers with continuous, reliable service at just and reasonable rates—something that will not be possible unless electric utilities plan for future climate impacts. The second arises from tort law principles, under which electric utilities may be held liable for negligence if they breach an owed duty of care, which we argue here extends to failure to plan for reasonably foreseeable climate impacts.

This paper explores how public utility law and tort law can be used to drive climate resilience planning by electric utilities. We consider the feasibility of each approach and discuss relevant legal considerations, doctrines, and precedents. This paper should not be read, however, to endorse a particular litigation strategy or offer recommendations as to when, where, or how a particular approach should be pursued.