Security Highlights from the Leaders Summit on Climate 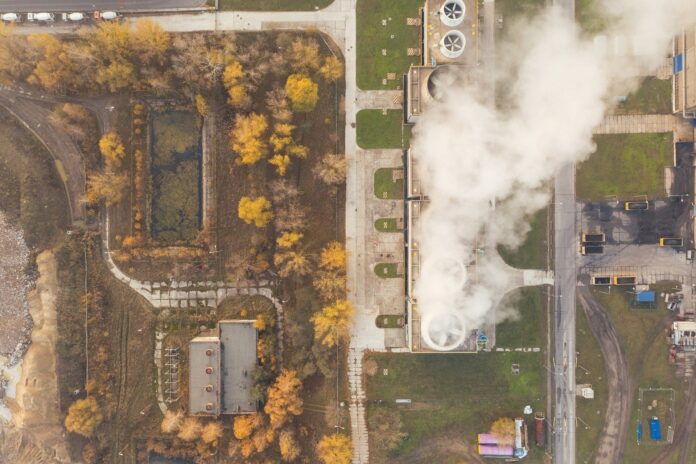 Last week’s Leaders Summit on Climate made history for many reasons — because of the number of new commitments on cutting emissions, its virtual nature, the focus on environmental justice, and that climate security was included at a level never before seen on the global stage. The big news out of the summit was President Biden’s announcement of a new target for the United States to achieve a 50 to 52 percent reduction from 2005 levels in economy-wide net greenhouse gas pollution in 2030. This step is in line with our call in the 2019 A Security Threat Assessment of Global Climate Change for “the world to achieve net-zero emissions as soon as possible in a manner that is ambitious, safe, equitable, and well governed, in order to avoid severe and catastrophic security futures.”

More specific to climate security risks already underway, US Secretary of Defense Austin led a session focused on identifying climate security risks and reiterating existing promises for combating them. While this administration has done more than any other towards elevating climate security as a foreign policy priority, it’s now time to move from talk to action–toward realigning priorities, strategies and missions to meet the climate security threat. The discussion led by Secretary Austin revealed multiple pathways to do so — and an international community that welcomes US leadership on the topic. Three of the key takeaways on which to build are as follows:

The US vision for climate security goes beyond the Pentagon: Though Secretary Austin kicked off the conversation noting the climate crisis makes, “it more difficult for us to carry out our mission of defending the United States and our allies,” the framing remarks from US Director of National Intelligence Avril Haines and US Ambassador to the UN Linda Thomas-Greenfield set the stage for a whole-of-government approach to climate security. In her opening statement, Ambassador Thomas-Greenfield noted President Biden was using all of the “…tools in the multilateral toolkit. You can see that represented here today…we have a military strategy, an intelligence strategy, and a diplomatic strategy.” For her part, DNI Haines gave the strongest endorsement yet from the US intelligence community for a more integrated approach to analyzing risks posed by climate change, saying such an approach would “allow [the IC] to not only monitor the threat but also, critically, to ensure that policymakers understand the implications of climate change on seemingly unrelated policies and in identifying opportunities to mitigate the challenge we face.”

The UK and NATO are a climate security vanguard: Among the presenters, UK Secretary of Defense Ben Wallace and NATO Secretary General Jens Stoltenberg promised the most concrete, comprehensive strategies for their respective organizations. Wallace outlined three strategic goals for the UK Ministry of Defense by 2050: adapt operations to a more hostile environment, reduce emissions in support of the UK net-zero commitment, and act as a global leader to address geopolitical and conflict threats exacerbated by climate change. His remarks built on the momentum from the UK chair of the climate security session at the UN Security Council (UNSC) in February, and reflecting findings from the UK Ministry of Defense Climate Change and Sustainability Strategic Approach released in March. For his part, Secretary Stoltenberg presented a similar vision for the NATO alliance, noting that he, “expect[s] NATO Leaders to approve an ambitious action plan on the security impact of climate change at our Summit on the 14th of June.” Like Wallace, he focused on the importance of adaptation as well as getting NATO emissions to net-zero, saying, “It makes little sense to have more and more electric vehicles on our streets, while our armed forces still rely only on fossil fuels.”

Understanding of climate security risks differs among countries: The geographic diversity of the panel participants underscored that all countries face some level of climate security risk. It was especially heartening to see participation from countries previously not involved on the climate security topic. It was clear from the range of remarks, however, that not every country has the same level of understanding or depth of expertise on climate security. On the one hand, the Kenyan Minister of Defense provided a detailed description of actions the UN could take to make climate security part of its “core and standing” mission, and the Japanese Minister of Defense crisply outlined the risks facing Japan and its plan to stand-up a MoD “climate change task force”. On the other hand, the Minister of Finance from The Philippines focused primarily on new legislation regarding single-use plastics in his country. This range of experience presents an opportunity for the United States to help other countries increase their understanding and capacity to address climate security risks. As our Climate Security Plan for America outlined, the United States can and should engage allied and partner militaries on building climate resilience, and many of the tools in the US toolbox, such as the US DoD’s installation climate assessment tool, can be adapted for use by other countries.

Since President Biden entered office, his national security team has repeatedly stated the centrality of climate change for US foreign policy and security. There is widespread agreement that climate change poses security risks, and a growing body of analysis identifying those risks. Now is the time for the Biden Administration to lead the way on translating these words and analysis into action. As the world looks to COP26 this fall, the administration should capitalize on the global momentum of the summit to lead strong climate security action in the months to come.

Read this article at the Center for Climate and Security

Share
Facebook
Twitter
Linkedin
Email
Previous articleDrought is Leading to Instability and Water Weaponization in the Middle East and North Africa
Next articleChanges Announced After Customer Experience with DHS.gov ‘How to Do Business Webpage’ AIR