U.S. and China Find Some Common Ground on Addressing the Climate Crisis 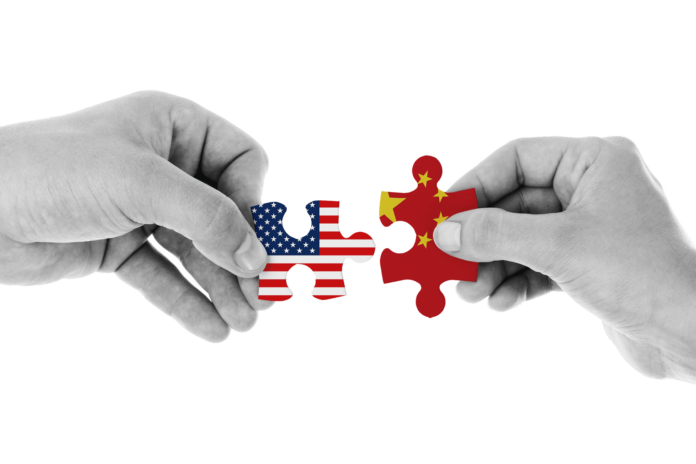 At the conclusion of the discussion, the two Special Envoys released a joint statement where they committed to work together on addressing the climate crisis.

“The United States and China are firmly committed to working together and with other Parties to strengthen implementation of the Paris Agreement,” the statement read. “The two sides recall the Agreement’s aim in accordance with Article 2 to hold the global average temperature increase to well below 2 degrees C and to pursue efforts to limit it to 1.5 degrees C. In that regard, they are committed to pursuing such efforts, including by taking enhanced climate actions that raise ambition in the 2020s in the context of the Paris Agreement with the aim of keeping the above temperature limit within reach and cooperating to identify and address related challenges and opportunities.”

Both countries said they are looking forward to the U.S.-hosted Leaders Summit on Climate on April 22/23 and that they share the Summit’s goal of raising global climate ambition on mitigation, adaptation, and support on the road to COP 26 in Glasgow.

The United States and China will take other actions in the short term to further contribute to addressing the climate crisis. According to the statement, “both countries intend to develop by COP 26 in Glasgow their respective long-term strategies aimed at net zero GHG emissions/carbon neutrality.” In addition, “both countries intend to take appropriate actions to maximize international investment and finance in support of the transition from carbon-intensive fossil fuel based energy to green, low-carbon and renewable energy in developing countries.” Each country has also committed to implementing the phasedown of hydrofluorocarbon production and consumption reflected in the Kigali Amendment to the Montreal Protocol.

The United States and China will continue to keep the communication channel open and will discuss policies, measures, and technologies to decarbonize industry and power, including through circular economy, energy storage and grid reliability, CCUS, and green hydrogen; increased deployment of renewable energy; green and climate resilient agriculture; energy efficient buildings; green, low-carbon transportation; cooperation on addressing emissions of methane and other non-CO2 greenhouse gases; cooperation on addressing emissions from international civil aviation and maritime activities; and other near-term policies and measures, including with respect to reducing emissions from coal, oil, and gas.

The statement concludes with a pledge by the two countries to “cooperate to promote a successful COP 26 in Glasgow, aiming to complete the implementation arrangements for the Paris Agreement (e.g., under Article 6 and Article 13) and to significantly advance global climate ambition on mitigation, adaptation, and support”. They will also cooperate to promote a successful COP 15 of the Convention on Biological Diversity in Kunming, noting the importance of the post-2020 Global Biodiversity Framework, including its relevance to climate mitigation and adaptation.

Read the joint statement at the Department of State