The U.S. and China aim to establish a “Working Group on Enhancing Climate Action in the 2020s,” which will meet regularly to address the climate crisis and advance the multilateral process, focusing on enhancing concrete actions in this decade. 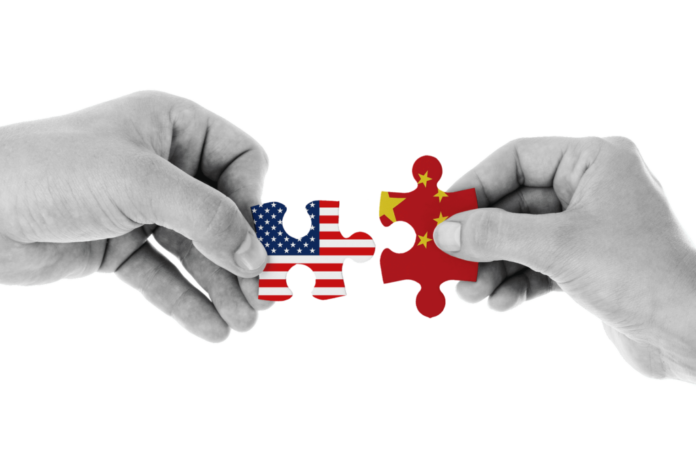 As first alluded to earlier this year, the United States and China have agreed to boost collaboration on climate action.

The two parties made a Joint Statement to address the climate crisis in April. The visit of Special Presidential Envoy for Climate, John Kerry, marked the first of a senior Biden official to China, which illustrated that both sides are prepared to put aside their differences for the common goal of climate resilience.

Alarmed by this summer’s IPCC report, the countries have now released a statement to further recognize the seriousness and urgency of the climate crisis. They state that they are committed to tackling it through their respective accelerated actions, as well as through cooperation in multilateral processes, including the UNFCCC process, to avoid catastrophic impacts.

Crucially, China said it will phase down coal consumption during the 15th Five Year Plan and make best efforts to accelerate this work. Coal consumption has long been a sticking point between the two nations with regard to climate action.

The U.S. and China aim to establish a “Working Group on Enhancing Climate Action in the 2020s,” which will meet regularly to address the climate crisis and advance the multilateral process, focusing on enhancing concrete actions in this decade.

They intend to cooperate on regulatory frameworks and environmental standards related to reducing emissions of greenhouse gases in the 2020s; maximizing the societal benefits of the clean energy transition; policies to encourage decarbonization and electrification of end-use sectors; key areas related to the circular economy, such as green design and renewable resource utilization; and deployment and application of technology.

In order to hold the global average temperature increase to well below 2 degrees C and to pursue efforts to limit it to 1.5 degrees C, the U.S. and China will be taking enhanced climate actions that raise ambition in the 2020s in the context of the Paris Agreement, with the aim of keeping the above temperature limit within reach and cooperating to identify and address related challenges and opportunities.

Recognizing the significant role that emissions of methane play in increasing temperatures, both countries consider increased action to control and reduce such emissions to be a matter of necessity in the 2020s. To this end, they will cooperate to enhance the measurement of methane emissions; to exchange information on their respective policies and programs for strengthening management and control of methane; and to foster joint research into methane emission reduction challenges and solutions.

Both countries recognized the importance of the commitment made by developed countries to the goal of mobilizing jointly $100b per year by 2020 and annually through 2025 to address the needs of developing countries, in the context of meaningful mitigation actions and transparency on implementation, and stress the importance of meeting that goal as soon as possible. This issue has been a primary theme at the COP26 conference in recent days, with many countries committing to assist those in developing regions meet climate goals.

Announcing the declaration, Kerry called it “a step in the right direction” and “a mark of progress”. He said it represents a solid foundation for continued cooperation on climate between the two countries, adding that “the world can only achieve its climate goals if our countries are pulling in the same direction”.

Read the joint declaration at the Department of State