What Can the Military Teach Us About Keeping the Lights On? 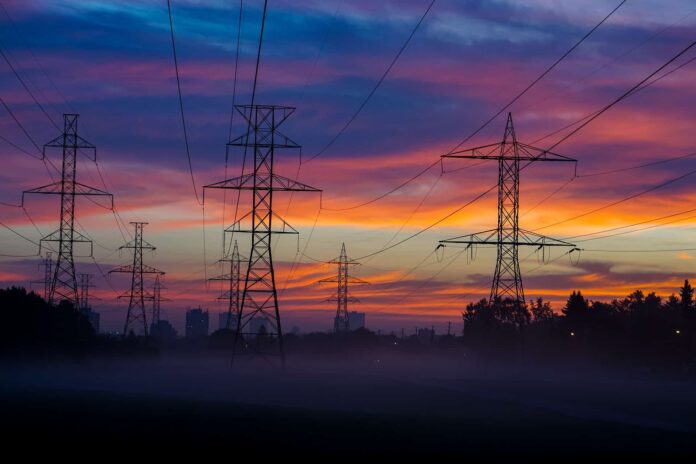 Whether it’s Florida during hurricane season, California during fire season, or Texas during, erm… ice season, one thing is certain: Mother Nature’s threats are growing in impact. They’re no longer black swan events, either.

Electricity infrastructure planners around the globe can learn from the U.S. military, whose mission requires planning for low-frequency, high-impact threats, and which has increasingly focused on energy resilience as foundational to their global peacekeeping and war-fighting missions.

After the catastrophic power outages in Texas in February, politicized finger-pointing started immediately. Some blamed frozen wind turbines, others faulted the state’s over-reliance on natural gas (which was stymied by frozen well-heads and pipelines), and yet others said the islanded transmission system and price-focused market structure used by the Electric Reliability Council of Texas (ERCOT), the independent operator of Texas’ grid, were most culpable.

Let’s face it, though: failure to plan for extreme weather affects every type of power generation and any type of market structure.

This is really a story about a widespread failure to take climate change-induced weather scenarios into account when planning for, recovering from, and rebuilding after extreme weather events.

In the U.S. and around the world, every type of power system within every regulatory structure has faced catastrophic power failures due to increasingly severe weather.

There have been many assessments of what, precisely, froze or failed in Texas, and since the full postmortem will take months to untangle, I’ll spare you another recap. Suffice it to say that, end-to-end, there was a good-old-fashioned lack of infrastructure weatherization for the polar vortex freeze that pushed south into Texas in February, despite the strong recommendations of US electricity regulators following the 1989 and 2011 polar freezes.

All of us – whether we are energy customers who depend on a reliable and resilient grid, or energy suppliers in charge of providing such – must change the way we think about (and what we’re willing to pay for) high-impact, low-frequency attacks on our power grid.

In the private sector, reliable energy is equally important, and the same approach can be used by infrastructure planners. This is P2R2. Prevent. Plan. Recover. Rebuild. Here’s how it works:

Prevention. While we may have some ability to prevent human attacks on our power system (like cyber incursions or theft of substation components), preventing Mother Nature’s increasingly volatile weather attacks may be impossible. It bears repeating that, according to the U.S.’ most recent Federal Government Climate Threat Assessment, released by the Trump Administration in 2019: “More frequent and intense extreme weather and climate-related events … are expected to continue to damage infrastructure, ecosystems, and social systems that provide essential benefits to communities.”

We need to reduce greenhouse gas pollution by accelerating the transition to zero-emission power sources to prevent further climate damage. At the same time, current and future extreme weather events need to be considered grey rhinos — a cousin to both the black swan and the elephant in the room — probable, low-frequency, high-impact (yet often neglected) threats.

Planning. Historical weather models are no longer accurate estimates of the future, yet most infrastructure planners still rely on them to determine the equipment necessary to provide vital services. Instead, planners need to use future-focused, climate-informed, predictive models to assess the “new normal” of uncommon, but extreme, weather events.

The U.S. Military has considered electricity to be critical to mission success since the cold war, when they hardened key substations for the possibility of high-altitude nuclear detonation that could cause electromagnetic pulse outages. In the last decade, the Pentagon has had a renewed focus, as cyberattacks and Mother Nature’s weather have again threatened power infrastructure. The Department of Defense now requires a range of desktop simulations as well as physical pull-the-plug stress-testing of systems.

Civilian electricity systems need a similar approach. The combination of climate-informed models and stress-testing will help grid operators determine how and where to shore up infrastructure to withstand extreme weather (or other risks to the power system). Likewise, given the significant costs associated with infrastructure upgrades and enhancements, as a society, we will need to decide how to pay for these improvements.

Recovery. Planning also requires recognizing that all generation sources fail sometimes, whatever the cause. Thus, how a power system recovers from a widespread outage must also evolve. An interconnected grid enables regions with excess power to serve regions in need.

Micro-grids for critical facilities, rolling outage protocols that ensure sufficient warmth and water supply for everyone, and strong transmission will be necessary for 21st century recovery.

Here, again, the private sector can take a lesson from the military.

Rebuilding. As pipelines and turbines thaw out and resume normal operations (it seems Texas was spared significant sustained damage in this regard), it may be easy to resume a business-as-usual approach and not see the next preventable grey rhino charging our way. Examining how New York and Puerto Rico are rebuilding after widespread, weather-induced damage to their grids is enlightening. Cascading blackouts during Tropical Storm Sandy resulted in the New York Power Authority re-building with much greater segmentation in their transmission system, allowing them to shut power to fewer residents in future storms.

Building robust, resilient power systems for 21st century threats is the name of the game.

This article by Miranda A. Ballentine, CEO, Renewable Energy Buyers Alliance, was published by the World Economic Forum