Winter Was the 6th Hottest on Record for U.S. 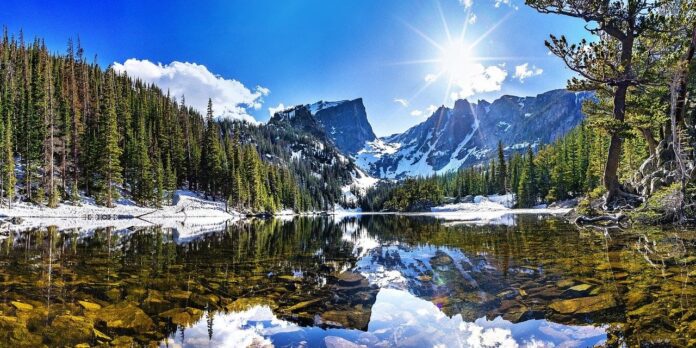 Winter? For some regions of the country it was as if it never happened at all.

In fact, the period from December through February was much warmer than normal across the contiguous United States, while precipitation remained above-average, according to NOAA’s National Centers for Environmental Information.

Not so for Alaska: The state shivered under its coldest February in more than 20 years.

The average February temperature across the contiguous U.S. was 36.2 degrees F (2.4 degrees above the 20th-century average), which ranked in the warmest third of the 126-year record.

Last month’s average precipitation was 2.40 inches (0.27 of an inch above average), ranking in the wettest third of the historical record.

Very wet conditions and flooding were seen across much of the Southeast during February. Georgia ranked second wettest, while Alabama and North Carolina ranked third wettest.

It was a very warm and relatively wet meteorological winter (December through February) across the contiguous U.S. The average winter temperature was 36.0 degrees F (3.8 degrees above average), which made it the sixth warmest winter on record.

Total winter precipitation was 7.71 inches — 0.92 of an inch above average — ranking in the wettest third of the historical record. Winter was also part of a very wet stretch of months since last year, with a 12-month period (March 2019 through February 2020) precipitation total of 34.12 inches — 4.16 inches above average. It was the sixth wettest such period on record.