In viewing COVID-19 as flu, the U.K. government initially decided that herd immunity by infection was the inevitable outcome. 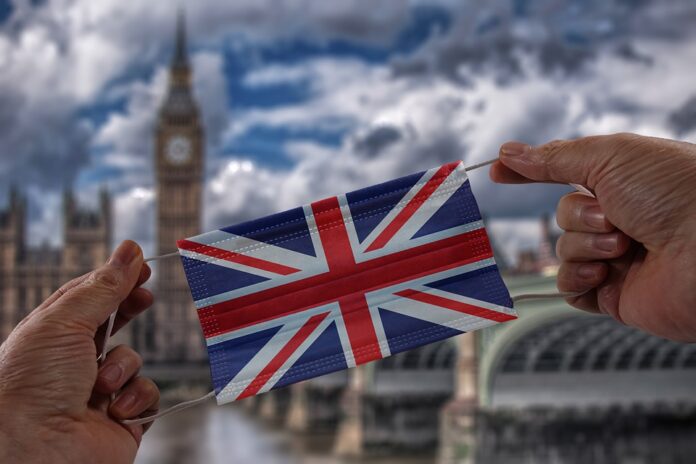 A new report that aims to highlight lessons learned from the response to the COVID-19 pandemic has been released by the U.K.’s Health and Social Care Committee and the Science and Technology Committee, which contain members of parliament from all parties.

As the report states, the U.K. fared “significantly worse” in terms of COVID-19 deaths than many other countries, including those in Asia who had less time to prepare after the outbreak became known.

The focus is predominantly on England, with the devolved administrations of Scotland, Wales and Northern Ireland able to take their own additional steps which continue to this day. For example, there are practically no pandemic restrictions to everyday life in England at the current time whereas Scotland still requires masks to be worn in most indoors setting and social distancing is also followed.

The Committees found that the U.K. response was “inflexibly” based on a flu epidemic response and did not consider lessons learned from SARS, MERS and Ebola outbreaks. In viewing COVID-19 as flu, the U.K. government initially decided that herd immunity by infection was the inevitable outcome, given that at the time the country had no firm prospect of a vaccine, limited testing capacity and there was a widespread view that the public would not accept a lockdown for a significant period.

The report said there was a desire to avoid a lockdown because of the immense harm it would entail to the economy, normal health services and society. “In the absence of other strategies such as rigorous case isolation, a meaningful test and trace operation, and robust border controls, a full lockdown was inevitable and should have come sooner.”

“The U.K., along with many other countries in Europe and North America made a serious early error in adopting this fatalistic approach and not considering a more emphatic and rigorous approach to stopping the spread of the virus,” the report said. “It was also a serious mistake to get to the point where community testing was stopped early in the pandemic. A country with a world-class expertise in data analysis should not have faced the biggest health crisis in a hundred years with virtually no data to analyze. This problem was compounded by a failure of national public bodies involved in the response to share such data as was available with each other, including between national and local government.”

In addition, the Committees said that the initial response to the crisis also exposed some major deficiencies in the machinery of the U.K. government. “The structures for offering scientific advice lacked transparency, international representation and structured challenge,” the report said, adding that protocols to share vital information between public bodies were absent.

When eventually the national policy on COVID-19 response changed, it was because of domestic concern about the National Health Service (NHS) being overwhelmed rather than a serious decision to follow emerging international best practice.

The report was also critical of the U.K.’s test, trace and isolate system, which it called “slow, uncertain, and often chaotic”. However, it also said that the U.K. does now appear to have sufficient testing and tracing capacity, indeed one of the largest such capabilities in Europe. However, the problem of compliance with isolation instructions remains a challenge.

The social care sector has been hit especially hard by COVID-19 due to a lack of advice, staff, testing, PPE, and the design of communal living spaces. The Committees found that the government and the NHS both failed adequately to recognize the significant risks to the social care sector at the beginning of the pandemic. The report condemned the rapid discharge of people from hospitals into care homes without adequate testing or rigorous isolation. “It is understandable that the government should move quickly to avoid hospitals being overwhelmed but it was a mistake to allow patients to be transferred to care homes without the rigour shown in places like Germany and Hong Kong,” the report said. “This, combined with untested staff bringing infection into homes from the community, led to many thousands of deaths which could have been avoided.”

The report revealed that the government failed to follow scientific advice, such as the implementation of a circuit breaker in Fall 2020 because the government believed that the country had by then seen the worst of the pandemic.

However, the Committees have highly praised the U.K.’s vaccination and treatment efforts. The U.K. government was one of the first to determine that a vaccine would be the way out of the pandemic and acted fast to secure doses for its population. Government investment in a vaccines network originally established in 2016 played a significant part in the success of the Oxford/AstraZeneca vaccine.

The report said that the full vaccination of over 80% of the adult population by September 2021 has been “one of the most effective initiatives in the history of U.K. science and public administration and which was delivered by the NHS”.

Read the full report at the U.K. Parliament