What COVID-19 Crisis Teaches About the Wisdom of Nuclear Energy 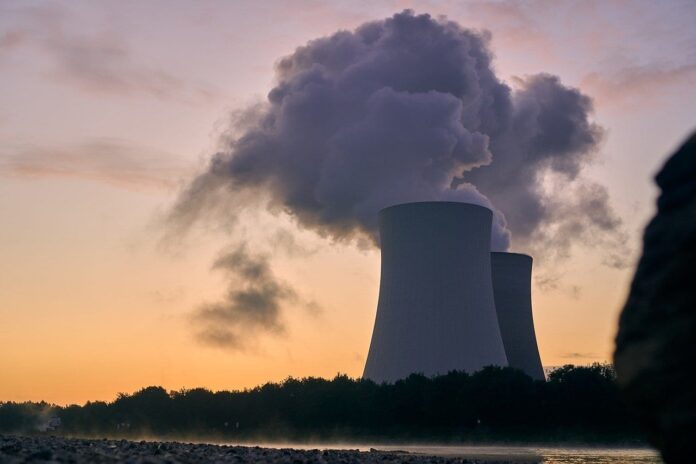 A decade ago, I co-authored a paper with a senior nuclear program manager at Sandia National Laboratories and then-president of the American Nuclear Society. The paper and subsequent briefing for the Defense Department’s Assistant to the Secretary of Defense for Nuclear Matters (ATSD-NM) was a sort of “warning” about how the U.S. was “selling off” its nuclear power industry, one of the very critical industries that we had invented.[i] It talked about how we were going to need nuclear power in the future, and questioned how our energy security would fare if all the nuclear suppliers in the industry were owned by foreign governments.

One of the options we proposed was that the Defense Department, one of the largest users of fossil fuels, might want to consider small, mobile nuclear reactors for uninterrupted power, especially on bases housing critical, special operations units that may need to deploy during a national security crisis, or even a natural disaster. This would allow uninterrupted power to those facilities deemed critical, and in the process the DoD could possibly kickstart a renewal of nuclear power. The briefing was met with a bit of skepticism, although the incumbent official was concerned over the regulatory delays; however, my colleague from Sandia was a former student and good friend of the then-chair of the U.S. Nuclear Regulatory Commission (NRC), and hoped to encourage his support for such future reactors.

At that time, the U.S. produced about 20 percent of its domestic electricity from nuclear energy, and 30 percent of worldwide nuclear generation,[ii] with over 100 nuclear power plants in operation.[iii] Currently that number is still close at 19 percent, but with only 98 plants operational[iv] it has been years since a new plant has been licensed. Over the past decade, several plants have been retired and new licenses were pretty much stalled due to regulatory delays and the high capital cost for utilities to license and build such a resource-intensive investment.[v] However, some positive movement is occurring as two new plants are planned to be built in Georgia in the near future.[vi] But is the progress, like coronavirus testing, way too slow?

As I telework during the ongoing COVID-19 crisis, I skim through my daily science and technology newsletters in my inbox. I came upon a recent article in the weekly World Nuclear News, a British online publication from the World Nuclear Association,[vii] that is timely and begs attention. In the March 23 issue, International Energy Agency (IEA) Executive Director Fatih Birol discusses why we need nuclear power now more than ever. Birol notes that the “huge disruption caused by the coronavirus crisis has highlighted how much modern societies rely on electricity.”[viii] Birol refers to the importance of “firm capacity” supplied by nuclear power – a term most commonly referred to in the U.S. as “baseload” power, or what the layman may consider uninterrupted, continuous power. In a time where we want to limit fossil fuel burning and increase use of renewables, baseload is a critical infrastructure issue. Wind and solar may be “free” in the sense that the “fuel” is readily available without cost (other than the equipment to harness it), but it is not, and never will be, continuous. The sun does not shine 24/7, nor does the wind blow all the time. Nuclear is probably the only carbon-free fuel that can currently support electrical baseload on a massive scale.[ix]

Birol states that now, in light of the coronavirus health crisis, as major industries and government workers move to telework, the need for uninterrupted power and energy security are greater than ever. Homebound employees are stressing IT systems and bored children and students streaming cat and music videos are burning up the electrons as fast as we can produce them. There are even online disco parties in light of nightclub closures and social distancing limitations.[x] [xi] What happens during a crisis like this if the internet “breaks” and electronic communications stall or are unavailable? What happens if the systems used to take calls and dispatch ambulances are overburdened, as we know the hospitals are now with limited ventilators and supplies? What will happen if the electricity goes off, or even limited power outages and brownouts occur – will those ventilators even work? And are all the backup diesel generators going to be workable so the hospital lights and power can stay on? What happens in a natural disaster if the National Guard bases or FEMA facilities don’t have power? Who will respond and how will they do it? And hurricane season will soon be upon us.

A few years after our briefing, the National Defense University proposed a similar pathway to energy security for the Defense Department in an effort to renew the nuclear industry.[xii] The DoD has looked into small mobile nuclear reactors for bases and expeditionary forces over the past decade. It seems to be taking a renewed interest in such possibilities, as reported in a recent Defense One article, although movement has been slow. [xiii] A recent report on the Oklo corporation (named after the ancient 2-billion-year-old natural reactor discovered by Francis Perrin in Gabon, Africa, in 1972[xiv]) notes that they are developing a reactor with a unique, recycled nuclear fuel that can limit waste and run for much longer core life, possibly several years.[xv] They are currently working with the Department of Energy’s Idaho National Laboratory to build and test their new Aurora micro-reactor concept.[xvi]

Using recycled nuclear fuel could be a game changer in the nuclear industry as waste disposal has been one of its largest drawbacks. However, the public and environmentalists have feared nuclear for years due to a lack of basic understanding of the science. After the reactor accidents of Three Mile Island, Chernobyl, and more recently Fukushima, public concerns over the safety of nuclear power remain. All these events had significant human and design flaws contributing to the accidents, and add on Mother Nature’s contribution to Fukushima. However, modern, well-designed nuclear reactors are inherently safe, carbon-free, and filled with redundant safety features (at least in the U.S. and the West). The public fear of anything nuclear seems to be based on a lack of education and understanding, and just like any new technology it comes along with its own inherent advantages and risks. (Consider the risks of artificial intelligence if you currently watch HBOs “Westworld”!)[xvii]

Historically, the understanding of nuclear energy by the public has been pretty limited. As a young, aspiring scientist, I remember that the old Atomic Energy Commission (AEC) [xviii] produced a series of short, paperback tutorials on nuclear technology, discussing how reactors worked, and the use of nuclear energy to create medical and industrial isotopes. These booklets were scientific, but very accessible for the general public, with easily understandable photographs and pictures. My friends and I used to check these pamphlets out of the public library, and found them informative and useful, especially as a sixth-grader doing my first science project on nuclear fission, which I depicted with colored Play-Doh,[xix] a toy that started out as a wallpaper cleaner.[xx]  A pencil with its eraser removed allowed me to make indentations in the Play-Doh to resemble, or what a sixth-grader thought resembled, a nucleus of protons and neutrons. And, it was easily fissionable in front of a science fair judge, who sadly remained unimpressed. Like most children, I was drawn to colored picture books, such as the beautifully illustrated Time-Life science series books in the library, with amazing photo collections at the end of each chapter. Where are these tutorials these days? Wikipedia entries on the web are a poor alternative to these enlightening books.

As I currently teach a nuclear science course for government analysts, I find myself needing to go back to the basics so students studying weapons of mass destruction still understand the primary scientific principles of nuclear structure, fission and fusion, and how reactors work, which seem to be puzzling or mysterious to many. I wish the current Energy Department was still as proactive about educating the general public about nuclear technology as they were decades ago. And although government science and technology agencies host informative articles on the web, we forget that not all young students have access to computers, or high-speed internet, especially in times of crisis and library closures.

Nuclear power still poses serious questions such as waste disposal and the potential for accidents or human error, but so do other industries as well. Those concerns must be addressed and resolved for the future of nuclear power to become more widely accepted. It would appear that Oklo’s new reactor design may be a start in addressing some of these issues. But every industry from coal mining, car manufacturing and chemical plants all operate under hazardous conditions in some parts of their process, and yet they have managed to do the risk assessments and control uncertainty in their processes. And the primary missions that any industry must address are how to do two main things: reduce uncertainty and manage risk.

And there’s little argument that we are now in a time of great uncertainty and, as we have seen, much risk, if we don’t anticipate the future. But in these uncertain times, and increasingly uncertain outcomes, one thing is clear: a growing, technologically savvy population will continue to be dependent on electricity, however it is made, especially the medical industry. What better place for a small micro-reactor than a hospital, special forces military base, or FEMA crisis command center? A major effort is needed by DoD and homeland security officials to make nuclear power a key pillar in future crisis planning and resilience. It will take time and willpower as well as education of the public and other government officials to make it a reality, if not a necessity. If and when this, or any other crisis occurs again, which one surely will, the grid will want to ensure that it has a safe, stable and secure baseload of electricity, provided by nuclear power. 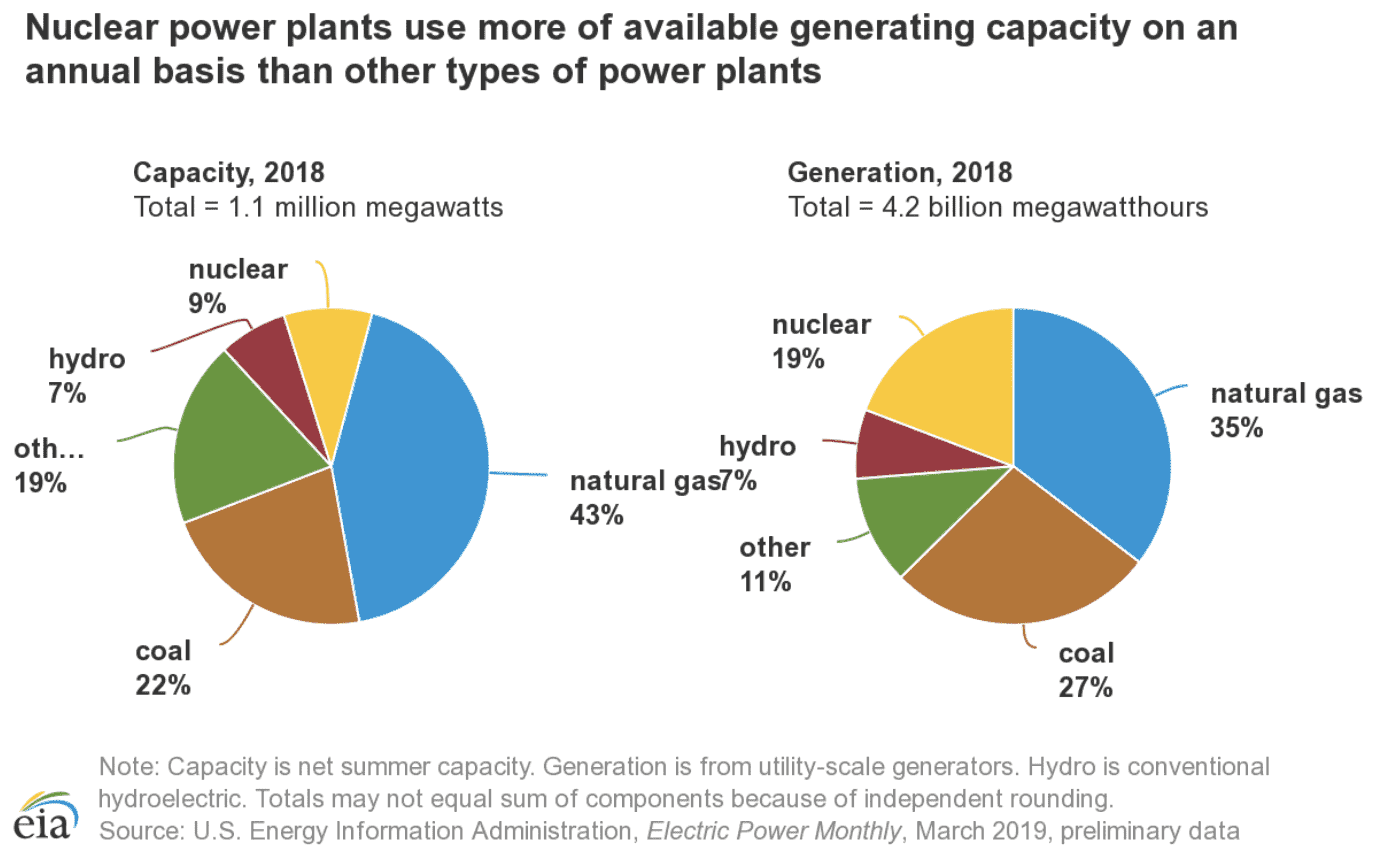 [i] DIA paper on Ownership of U.S. nuclear power industry by foreign countries, 2010.

Share
Facebook
Twitter
Linkedin
Email
Previous articleGaynor Shares with Emergency Managers Lessons Learned in First Month of FEMA’s COVID-19 Response
Next articlePERSPECTIVE: Preparing for COVID-19, from One Cop to Another

Beverly Barnhart
Beverly Barnhart, B.S., Heidelberg College, M.S, Purdue U., M,S., National Defense University, is the WMD Department Chair in the School of Science and Technology Intelligence at the National Intelligence University in Bethesda, MD. Ms. Barnhart has over 30 years experience in the defense and intelligence communities, supporting counterproliferation and emerging science and technology programs. Her prior expertise includes working space defense issues, emerging energy technologies and foreign and domestic nuclear programs. The author is responsible for the content of this article. The views expressed do not reflect the official policy or position of the National Intelligence University, the Department of Defense, the U.S. Intelligence Community, or the U.S. Government.