26 Years for Man Who Conspired to Murder U.S. Soldiers 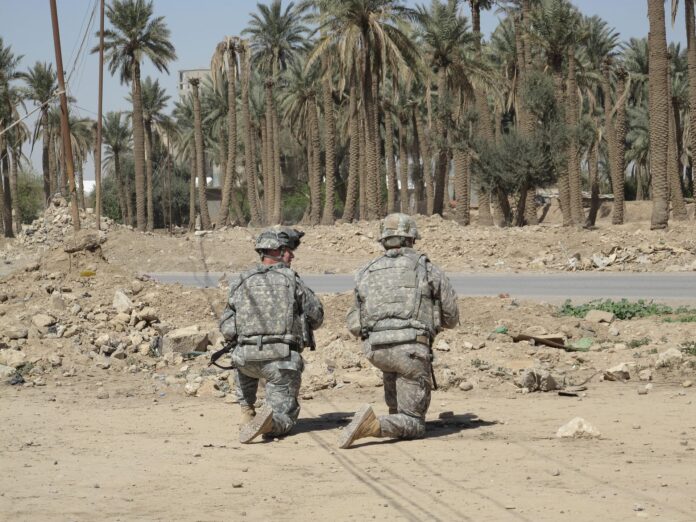 On June 18, in federal court in Brooklyn, Faruq Khalil Muhammad ‘Isa was sentenced to 26 years imprisonment to be followed by a lifetime of supervised release by United States District Judge Roslynn R. Mauskopf for his role in conspiring to murder U.S. soldiers in Iraq.  ‘Isa pleaded guilty to the charge of conspiring to kill Americans abroad in March 2018.  The Court entered a judicial order of removal to Canada.

“Today’s sentence brings some measure of earthly justice to an individual involved in the deaths of five service members, but it cannot begin to compensate for the evil he contributed to or alleviate the pain of those families whose lives he changed forever,” said Assistant Attorney General Demers.  “We in the National Security Division are inspired in our work by those who put their lives on the line to keep us safe.”

“With today’s sentence, ‘Isa has been held accountable for his role in a deadly conspiracy that resulted in the tragic loss of five U.S. soldiers in Iraq,” stated United States Attorney Donoghue.  “This Office, together with the FBI, the NYPD and all the members of the FBI Joint Terrorism Task Force, will take every step necessary to apprehend and prosecute terrorists, wherever they are located, in furtherance of our fundamental mission of protecting the American people.”

“Muhammad ‘Isa’s efforts to facilitate a suicide attack, one that ultimately resulted in the death of five young American soldiers in Iraq, has landed him a sentence of more than two decades behind bars,” said FBI Assistant Director-in-Charge Sweeney.  “While this sentence is significant, it doesn’t come close to mitigating the pain and suffering these soldiers’ families will face for the rest of their lives.  As this case comes to a close, let us remember the names of those who were murdered that day, and vow to never forget the daily sacrifices made by the brave men and women of the U.S. armed forces and their families.”

“The NYPD will do everything in its power to combat terror, and to support the brave men and women serving our country overseas,” said NYPD Commissioner O’Neill.  “This includes defeating deadly terrorist conspiracies that target U.S. troops.  I want to commend our partners in the U.S. Attorney’s Office and the FBI for helping to bring Mr. ‘Isa’s to justice for his role in this tragic and cowardly act.”

According to court documents, the defendant was a member of a multinational terrorist network that conducted multiple suicide bombings in Iraq.  The network orchestrated an attack on the United States Military’s Forward Operating Base Marez (FOB Marez) in Mosul, Iraq, on April 10, 2009.  A truck laden with explosives drove to the gate of FOB Marez and exchanged fire with Iraqi police officers guarding the base and then with an American convoy exiting the base.  The truck detonated alongside the last vehicle in the U.S. convoy, leaving a 60-foot crater in the ground.  Five American soldiers were killed in the blast.  They are:  Staff Sergeant Gary L. Woods, 24, of Lebanon Junction, Kentucky; Sergeant First Class Bryan E. Hall, 32, of Elk Grove, California; Sergeant Edward W. Forrest Jr., 25, of St. Louis, Missouri; Corporal Jason G. Pautsch, 20, of Davenport, Iowa; and Army Private First Class Bryce E. Gaultier, 22, from Cyprus, California.

While residing in Canada, the defendant was in communication with Syria- and Iraq-based members of the facilitation network, as well as certain individuals who conducted the April 10, 2009 attack, as well as a group of individuals whose efforts to travel to Iraq to conduct suicide attacks were ultimately unsuccessful.  The defendant knowingly undertook efforts to assist the prospective suicide bombers achieve their desired result by suggesting a contact to facilitate travel for the would-be attackers from Syria into Iraq, as well as by offering words of encouragement and religious guidance.

‘Isa has been incarcerated since his extradition from Canada in January 2015.