Crowdfunding network used Bitcoin wallets, GoFundMe and PayPal with the claim that funds were going to humanitarian causes. 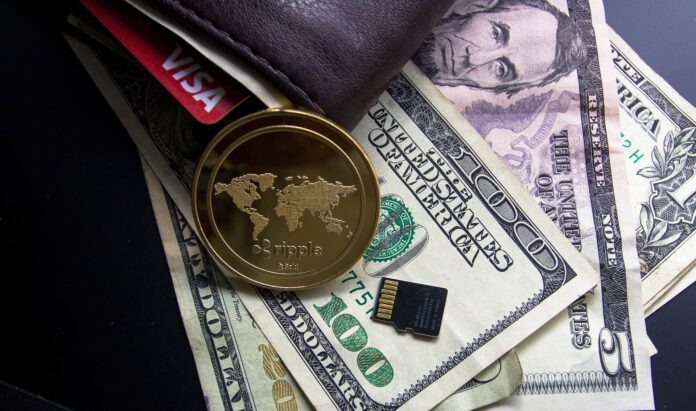 A criminal complaint was unsealed yesterday in federal court in Brooklyn charging Mohammad David Hashimi, 35, of Potomac Falls, Virginia; Abdullah At Taqi, 23, of East Elmhurst, Queens, New York; Khalilullah Yousuf, 34, of Ontario, Canada; and Seema Rahman, 25, of Edison, New Jersey, with conspiring to provide material support to the Islamic State of Iraq and al-Sham (ISIS). Hashimi, Taqi and Rahman were arrested on Dec. 14 in Virginia, New York and New Jersey, respectively. Yousuf was also arrested on Dec. 14 in Canada by Canadian law enforcement pursuant to a provisional arrest request from the United States. Taqi and Rahman made their initial appearances in federal court in Brooklyn before Chief U.S. Magistrate Judge Cheryl L. Pollak. Hashimi made his initial appearance in federal court in Alexandria, Virginia, before U.S. Magistrate Judge Ivan Davis and was ordered detained pending trial.

According to court documents, Hashimi and Yousuf were members of a group chat (referred to in the complaint as Group Chat-1) on an encrypted social media and mobile messaging electronic communication service that facilitated communication between and among supporters of ISIS and other groups that adhered to similar violent jihadist ideologies. In early April 2021, members of Group Chat-1 discussed posting donation links that purported to be for humanitarian causes but that were in fact intended to help the “mujahideen,” an Arabic term that translates to “holy warriors” that is used by ISIS supporters to refer to ISIS fighters. Yousuf provided a link to a specific Bitcoin address and another member of Group Chat-1 posted a link to a PayPal campaign, both of which were controlled by an individual identified in the Complaint as Facilitator-1.

“These defendants promoted the violent extremism of ISIS by pretending to raise money for humanitarian causes only to transfer the funds to cryptocurrency accounts tied to the group,” said Assistant Attorney General Matthew G. Olsen of the Justice Department’s National Security Division. “These arrests show the Justice Department’s unwavering commitment to bringing to justice all those who would help terrorist organization threaten harm to our people.”

“As alleged, this crowdfunding network used cryptocurrency, Bitcoin wallets, GoFundMe and PayPal to collect and raise blood money to support ISIS, not for needy families as they falsely claimed in their attempt to deceive law enforcement,” said U.S. Attorney Breon Peace for the Eastern District of New York. “I commend our prosecutors and the FBI’s New York Joint Terrorism Task Force for piercing the veil of secrecy to identify the perpetrators of this scheme, reveal the true evil nature of these virtual money transfers, and bring to justice those who seek to enable acts of violent extremism.”

“These arrests show the FBI and our partners will not tolerate those who attempt to raise money to fund ISIS or any other terrorist group,” said Assistant Director Robert R. Wells of the FBI’s Counterterrorism Division. “According to the complaint, these individuals allegedly made fundraising appeals for charitable donations to humanitarian causes and did not reveal how they planned to use the money. The FBI will continue to aggressively investigate and hold accountable those who try to assist terrorists.”

Facilitator-1 also told the confidential source that the charitable descriptions in the fundraising campaigns were in fact a “deception for the infidels” and the “words that are in the link are fake in order to deceive.”

Hashimi has also made statements suggesting his desire to die in combat or in a terrorist attack on behalf of, a foreign terrorist organization. For example, in November 2020, Hashimi told another confidential source over encrypted communications that “I have made up my mind I want to make Hijra to Afghanistan. To join dawla,” in other words, travel to join ISIS. In or about September 2021, Hashimi told another individual through a direct message that “I just want Jannah,” i.e., paradise or the after-life, “And to die on the battlefield.”

The defendants are each charged with conspiring to provide material support to a foreign terrorist organization, which carries a maximum statutory penalty of up to 20 years in prison. A federal district court judge will determine any sentence after considering the U.S. Sentencing Guidelines and other statutory factors.

The FBI is investigating the case.