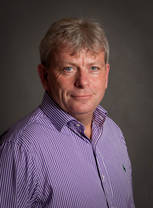 The latest video from Al Qaeda leader Dr. Ayman Al Zawahiri last week is notable not so much for its content as for the speed with which it appeared on social media after being recorded.  The clue is the currency of the remarks he makes hailing recent knife attacks in Palestine against Jews and Israel.

The speed with which this video appeared shows that far from being on the run, Zawahiri has now found a new sanctuary from which to try and establish control over what is an increasingly difficult situation for Al Qaeda. This location is probably far away from what was thought to be his lastoperating area around Miram Shah in North Waziristan where he was increasingly exposed to the combination of threats from American drone strikes and a Pakistani Army operation on the ground in North Waziristan.

The military incursion into North Waziristan, code name Operation Zarb E Azb, started on June 15, 2014, in the wake of the terrorist atrocity at Jinnah International Airport in Karachi where 36 people died and eighteen were wounded when ten terrorists attacked the airport with a mix of automatic weapons, a rocket launcher, grenades and suicide bombs.

Since then, it is widely acknowledged that the Pakistani Army has made good progress in tackling the threat from the Pakistani Taliban and eliminating elements of the remaining Al Qaeda leadership that had long been recognised as having sought sanctuary in the region.

Maps of the drone strikes conducted by America also show the degree to which the area around Miram Shah was a focus for their strikes. While the rate of drone attacks has subsided in recent years from its peak of 117 in 2010, the quality of intelligence that was being obtained to facilitate the strikes was clearly improving. Levels of collateral damage were down, and when attacks took place, the frequency with which they were able to kill terrorists on the CIA Disposition Matrix increased. For Al Zawahiri, the situation in Miram Shah was clearly becoming uncomfortable.

For Al Qaeda, the need to relocate their leader came at a really bad time. The group known as Islamic State were undergoing a meteoric rise. A number of high profile defections of groups formerly allied to Al Qaeda were hitting the media. Perhaps of all of these decisions, the decision by Boko Haram in Nigeria to align themselves with the Islamic State was arguably the most significant.

Other groups previously loyal to Osama Bin Laden also announced defection as they sensed Zawahiri was no longer able to provide any sense of leadership to Al Qaeda. His plaintiff attempts to claim some responsibility for the Charlie Hebdo attacks in France simply did not measure up to the achievements of his predecessor.

The tempo of operations that Al Qaeda was mounting against the West simply did not provide evidence that the organisation had a future. Meanwhile, the Islamic State was getting all the media attention … and creating what it calls a Caliphate that was something Al Qaeda had promised to do but singularly failed to achieve, even despite the chaos emerging from the “Arab Spring.”

While Zawahiri was being re-located, his ability to generate and get published his latest thoughts and ideas were clearly disrupted. He must also have been nervous as to the ways in which Bin Laden was tracked by American intelligence agencies through monitoring the activities of one of his trusted couriers. For Zawahiri, a similar fate awaited him through a single betrayal or a mistake being made by one of his closest advisors.

His move to his new sanctuary clearly occurred around August when a spate of videos started to emerge from Al Qaeda. Some were dated, possibly recorded while the Al Qaeda leader was on the move. One obvious indication of the precarious position Zawahiri found himself at the time was the delay between the attacks in France and his video in August where he praises those who carried them out.

At this point, a series of announcements then started to emerge from Al Qaeda — Zawahiri clearly had a lot of catching up to do. One focus was on the struggle for the leadership of the Taliban in Afghanistan. Another was the on-going disagreements with Islamic State with Zawahiri, even venturing to suggest the caliphate that had been declared was “illegal” as it had not been defined according to Islamictraditions. Zawahiri also questioned the legitimacy of the leader of ISIS – Abu Bakr Al Baghdadi – to lead the caliphate, arguing his theological credentials were questionable.

Zawahiri’s latest pronouncements, however, still show the fundamentally weak position from which he is operating. The momentum he has lost over the last nine months is not readily capable of being re-established despite the near-flood of videos and content now emerging from Al Qaeda’s media machine. Another notable point about Zawahiri’s latest video is its release on Twitter – presumably aiming to give it the widest possible readership as quickly as possible.

The central narrative in the video is not specifically new. Zawahiri reiterated past calls for lone wolf attacks, citing the Boston bombers as examples. His call to arms against America “at home and attacking their interests everywhere,” is one he has made on many occasions in the past. He also revisited the need for jihadists from North Africa to Turkey to unite against the West. Given the degree Zawahiri’s current support base is haemorrhaging, this is a call unlikely to gain much traction or resonance with his target audience. It is a tired message that lacks the vibrancy and newness of those messages and videos from the Islamic State.

Do not write off Al Qaeda

Given this situation, it would not be difficult for political and military leaders to be tempted to write off Zawahiri and the remnants of Al Qaeda as an organisation that is in terminal decline. But that would be very unwise. Terrorist groups that are under threat of extinction have a habit of not going quietly into the night. The passage of recent events does not spell the sound of the death-knell for Al Qaeda. Instead, it could, in fact, presage a new beginning.

One of the reasons for Zawahiri’s current lack of popularity is the failure of Al Qaeda to achieve any kind of follow-up to the events of 9/11. It is just possible that while his leadership has been in a state of flux, other planning has been underway — perhaps focused on the Khorasan Group in Syria that he is known to have charged with developing new ways of attacking the West.

His call in the latest video to repeat attacks of that magnitude might just be a little more than a hopeful appeal for someone to rescue Al Qaeda from the ignominy of irrelevance. But it also just may be an activation signal that sees the next attack being conducted. If it is, then Zawahiri is now clearly well placed to exploit it and to try and use it to turn the tables on ISIS.

Dr. Dave Sloggett has more than 40 years’ experience analyzing international security issues. His most recent books are, Focus on the Taliban, and, Drone Warfare. His article, Kenyan Fault Lines: An Unstable Divide Ideal for Terrorist Exploitation, appeared in the June/July, 2014 Homeland Security Today. He also wrote, Better the Devil You Know? Jihadism Without Al Zawahiri, and, The End of Al Qaeda — and the Emergence of a More Dangerous Jihad?