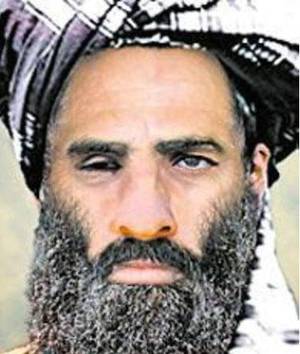 Recent reports confirming the death of Taliban Supreme Commander and founder, Mullah Mohamad Omar, are disconcerting for a number of reasons. Though rumors of his death have circulated for years since he fled his ancestral home in Kandahar, Afghanistan and went into hiding in Pakistan, the latest report of his death was finally confirmed by American authorities.

But what’s so disconcerting about the confirmation is the fact Omar died two years ago.

Omar reportedly died in a hospital in Pakistan after battling tuberculosis, a disease common in that part of the world. The report came from an unofficial source in Afghanistan which was later confirmed by US authorities.

There are several important questions about the announcement — and although they will probably go unanswered, they raise concerns about America’s involvement in that part of the world. The most important question is: why didn’t the American government announce Omar’s death at the time he actually died?

When Usama Bin Laden was killed, it was perceived as a glorious victory for the Obama administration, and, was, of course, announced with celebrated fanfare and jubilation – even though the groundwork for the on-going search for him occurred under President Bush. Furthermore, in many intelligence circles, Omar was believed to have been much more of a threat to America than Bin Laden. Although Omar wasn’t killed in a Special Operations mission like Bin Laden, his death is certainly a step in the right direction for Operation Enduring Freedom.

The assumption that America didn’t know about Omar’s death is just too ludicrous to even cogitate. Pakistan’s intelligence service, ISI – which is more of an enforcement arm rather than an intelligence arm – isn’t known for keeping secrets. In fact, it gets much of their intelligence from us. It’s nearly impossible, therefore, that they did not known about his death, or could have kept confirmation of his death concealed from US intelligence.

The more viable assumption for why Omar’s death several years ago only now has been acknowledged is that Obama administration policy makers wanted Omar’s death kept secret as long as possible.

But “Why?” That’s the real question. In attempting to discern the answer, it’s imperative to understand Omar and his value to the Taliban – then, and now.

To begin with, it’s necessary to understand that our real enemy from day one in Operation Enduring Freedom was, and still is, the Taliban. Al Qaeda planned, coordinated and orchestrated the attack on 9/11 from its Taliban protected safe haven in Afghanistan, but they had virtually disappeared when we arrived in country. Our efforts then and now are directed toward defeating the organization that allowed Al Qaeda to operate from Afghanistan — the Taliban.

Omar was originally successful in organizing the Taliban primarily because American politicians abandoned war ravaged Afghanistan after they’d helped the Afghanis defeat the Soviets, which occupied the country for a decade. As a result, disillusionment settled over the beleaguered nation and an atmosphere developed that encouraged the rise of Omar and the Taliban in the south, and former warlord Rashid Dostum and the anti-Taliban Northern Alliance leadership in the north. It also allowed for an atmosphere conducive to allowing the training and mission planning undertaken by a young Osama Bin Laden and his youthful Al Qaeda.

Bin Laden and his Al Qaeda fighters were not initially welcomed by the Taliban, which saw the jihadi group’s members as aloof elitists. But Bin Laden lobbied Omar and took one of Omar’s daughters as a wife in order to cement the two groups’ relationship and secure Al Qaeda’s protection and safe haven. The two leaders eventually became close, but they definitely didn’t start out that way.

The key to not admitting that their leader was dead all theseyears is he’s been a unifying force for the Taliban. In terms of a leadership hierarchy, directly below Omar is the Jalaluddin Haqqani structure which operates mainly in Eastern Afghanistan around the Kwost Province. The demeanor of the two men also has played a significant role. Omar has always been seen as someone America and the Afghan government could negotiate with. But the senior Haqqani leader is just the opposite. He is a “fight to the death” leader who abhors any consideration of peace.

In light of this, and considering the fact that peace with the Taliban — though not necessarily the best thing for Afghanistan nor the Afghans themselves — would be a more positive legacy for President Obama than a deal with Iran, then hiding the fact that Omar is dead would be of immense importance.

Virtually all Special Operations soldiers who’ve operated in Afghanistan can tell at least one story about when they had a near perfect mission planned to take out Omar, but it was cancelled at the last minute by someone higher up in the command structure. In this community, it was common for Omar sightings and electronic intercepts identifying his voice and location to be ordered ignored by higher command authorities.

An underlying premise has always been that having a live “Mullah Omar” – who, being a known entity — would at some point be of insurmountable value. At the same time, however, the proven demise of Omar would lead to an extremely fractured Taliban, and, in the wake of his death being acknowledged, the remnants would almost certainly coalesce under the leadership of the Haqqani’s, and undoubtedly signaling the end of hopes for peace and hopes for a bonus positive legacy for Obama.

Most experts see the push for a negotiated peace with the Taliban as the one issue that will result in a breakup of the country. These same analysts are also of the consensus that such efforts have contributed to the low morale and lack of fighting spirit that plagues the Afghan Security Forces. It’s virtually impossible to convince soldiers to commit themselves to an effort that carries a high probability of death for them as the government is simultaneously opening the door to the legitimization of their enemy.

In addition, Afghan First Vice President Rashid Dostum, along with former Northern Alliance leaders Mohammad Mohaqiq and Atta Mohammad, have signaled their intention to reorganize and rearm the old Northern Alliance to fight to the death to stop a peace agreement. Few can attempt to argue against the next logical step — a breakaway movement by these leaders in the north.

Mullah Omar’s death signals the end of a workable peace agreement between the Afghan government and the Taliban. Any attempt to force it — in order to reinforce President Obama’s legacy — will result in disaster for Afghanistan.

America must reinvest in Afghanistan. It can’t afford a repeat of its retreat following the defeat of the Soviets, despite the few CIA regional analysts and Sen. Charlie Wilson’s warnings that the “crazies” were rollinginto Kandahar.

No, we must redouble our efforts to bolster the central government until it can be made strong and independent. And that means assisting them in defeating the counterinsurgency that is the Taliban and stop looking for a quick fix in so-called peace negotiations which would allow Obama to tout a successful agreement and pull out.

Contributing Writer Godfrey Garner is a veteran special operations counterintelligence officer who retired from US Special Forces in 2006. He served two military tours and six civilian government related tours in Afghanistan. His work there most recently was as a counter-corruption analyst. Garner is author of, Danny Kane and the Hunt for Mullah Omar, and, The Balance of Exodus.