BY THE NUMBERS: The Strength of ISIS and the Kurds’ Fight 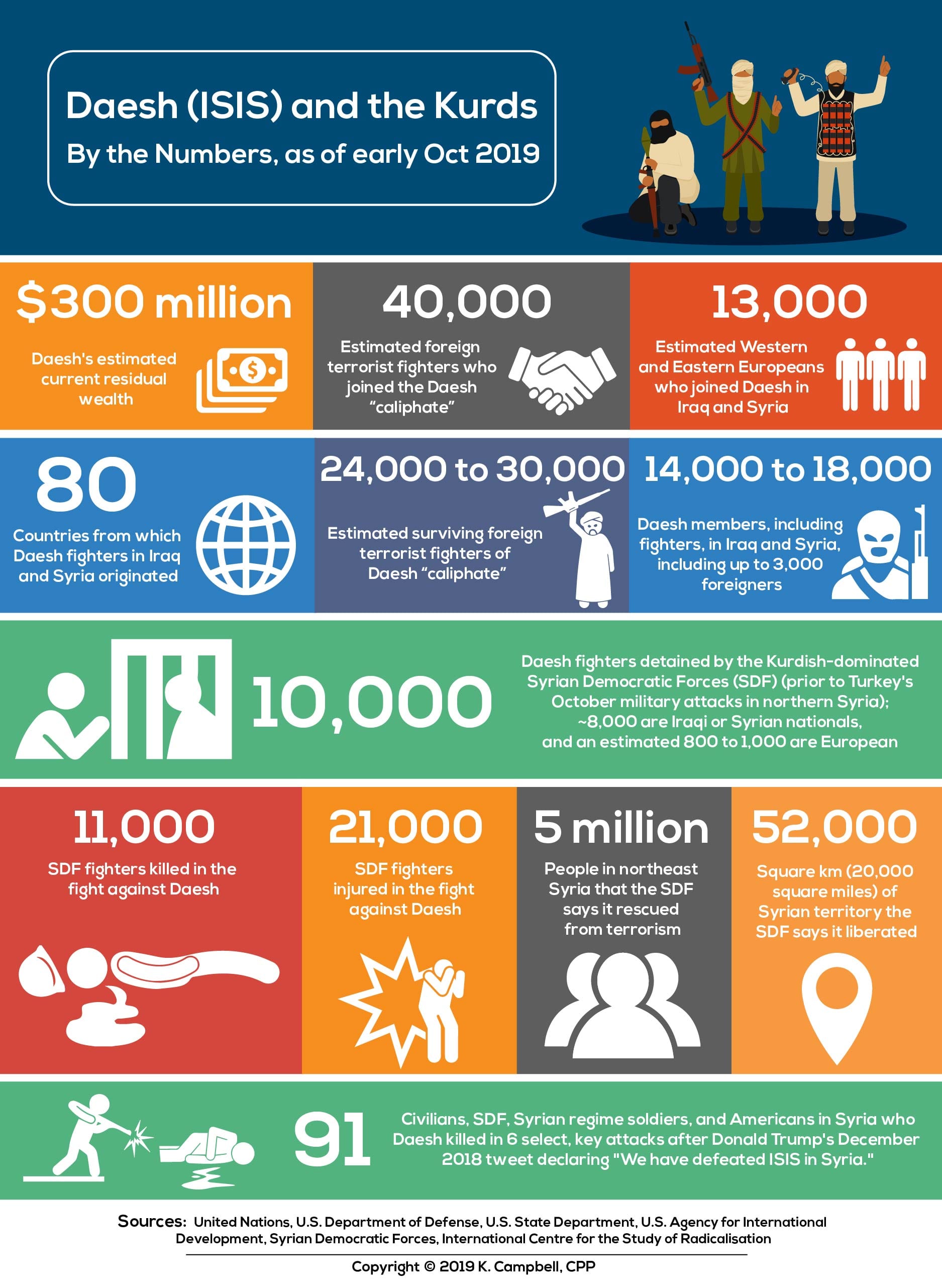 K. Campbell
K. Campbell, CPP®, is a security and intelligence professional with experience and training in intelligence; risk, threat, and vulnerability assessments; executive protection; counterterrorism; and business continuity. He is a Certified Protection Professional, board certified in security management by the ASIS International. In his past experience as a U.S. military intelligence officer, his responsibilities included classified and protective intelligence; degrade, disrupt, and destroy recommendations against various state and non-state entities; and establishing and managing military-to-military classified intelligence sharing with other governments. His counterterrorism experience includes identifying the need to, and orchestrating, an overhaul of a major U.S. counterterrorism plan for the Middle East; establishing and leading collaboration with the U.S. Customs & Border Protection, resulting in the placement of 79 terrorists on the No-Fly List; prioritizing 1,000+ names for U.S. Customs & Border Protection to mitigate against terrorist entry into the U.S.; and initiating and leading production of one of the U.S. Intelligence Community’s first analyses on the Islamic State’s financial vulnerabilities. He also predicted the arrests and terrorist attacks in Belgium that occurred in 2015 and 2016. His executive protection experience includes a foreign government dignitary, a corporate client at both 2016 presidential conventions, and high-profile Hollywood celebrities. He has also conducted risk assessments for the U.S. government and the private sector. Mr. Campbell’s previous articles in Homeland Security Today include “Negligence Bleeds: The Catastrophic Results of Dismissing Counterterrorism Intelligence” and “3 Keys to Hardening Concerts, Event Venues Against Inevitable Attack Attempts.” He presented on “The 2020 Olympics: Red Teaming Enterprise Security Risks” at the Global Security Exchange (GSX) 2019, the 20,000-attendee flagship conference for the international security industry. At GSX 2018 he presented on “Hardening Concerts & Special Events in a New Era”. He also presented on risk assessments at the 2018 Domestic Violence Safety and Security Conference in Washington, D.C. Mr. Campbell obtained a Master of Arts degree in global risk from Johns Hopkins University’s School of Advanced International Studies, a Master of Arts degree in military operational art and science from the Air Command & Staff College at the U.S. Air Force’s Air University, and a Bachelor of Arts degree in political science from Virginia Tech. He’s a member of the Armed Forces Communications and Electronics Association, ASIS International, the Baltimore Council on Foreign Affairs, the Association of Certified Sanctions Specialists, the Association Of Threat Assessment Professionals, InfraGard, and the International CPTED (Crime Prevention Through Environmental Design) Association.