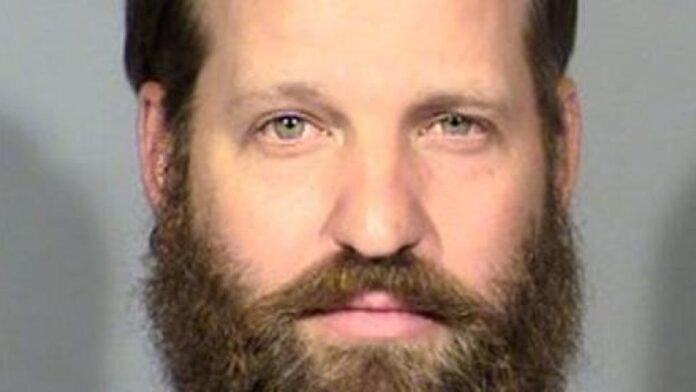 Stephen Thomas Parshall, aka “Kiwi,” 35, of Las Vegas — who was charged last month with violations of federal and state law for conspiracy to cause destruction during protests in Las Vegas, and possession of an unregistered destructive device (specifically, an improvised incendiary device commonly known as a Molotov cocktail) — was charged earlier today by a separate criminal complaint with one count of sexual exploitation of children, announced U.S. Attorney Nicholas A. Trutanich for the District of Nevada, Special Agent in Charge Aaron C. Rouse of the FBI, and Sheriff Joseph Lombardo of the Las Vegas Metropolitan Police Department. Parshall’s initial appearance in federal court on the new criminal complaint has not yet been scheduled.

According to court documents, Parshall was arrested on May 30, 2020. Law enforcement had learned of Parshall’s alleged participation in a conspiracy to cause destruction during protests that evening in Las Vegas, and of his alleged membership in the “Boogaloo” movement, a term used by extremists to signify a coming civil war and/or collapse of society. When law enforcement officers executed search warrants after the arrest, they located 10 images of child pornography, as well as numerous images of child erotica, on Parshall’s cellular phone.

A criminal complaint is merely an allegation and a defendant is presumed innocent until proven guilty beyond a reasonable doubt in a court of law.

The case was investigated by the FBI and Las Vegas Metropolitan Police Department. Assistant U.S. Attorney Bianca Pucci is prosecuting the case.

If you have information regarding possible child sexual exploitation, please make a report to the National Center for Missing and Exploited Children by calling the 24-hour hotline at 1-800-THE-LOST (1-800-843-5678) or by making a report at www.cybertipline.com.