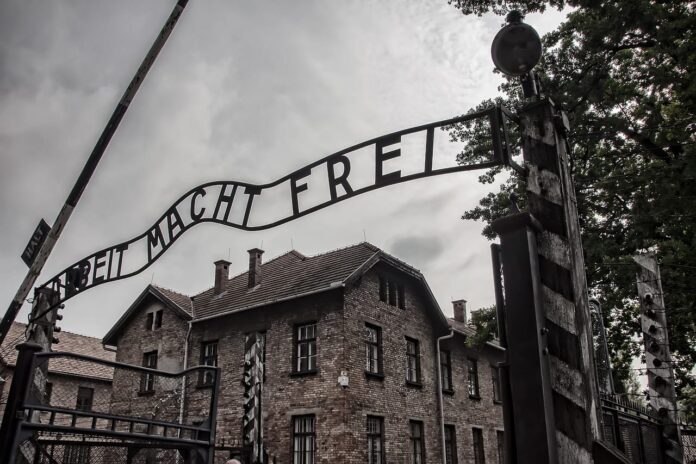 Gideon Taylor, President of the Conference on Jewish Material Claims Against Germany (Claims Conference), today announced the release of the U.S. Millennial Holocaust Knowledge and Awareness Survey, the first-ever 50-state survey on Holocaust knowledge among Millennials and Gen Z. The surprising state-by-state results highlight a worrying lack of basic Holocaust knowledge, a growing problem as fewer and fewer Holocaust survivors – eyewitnesses to a state-sponsored genocide – are alive to share the lessons of the Holocaust.

Nationally, there is a clear lack of awareness of key historical facts; 63 percent of all national survey respondents do not know that six million Jews were murdered and 36 percent thought that “two million or fewer Jews” were killed during the Holocaust. Additionally, although there were more than 40,000 camps and ghettos in Europe during the Holocaust, 48 percent of national survey respondents cannot name a single one.

The state-by-state analysis yielded a particularly disquieting finding that nearly 20 percent of Millennials and Gen Z in New York feel the Jews caused the Holocaust.

“The results are both shocking and saddening and they underscore why we must act now while Holocaust survivors are still with us to voice their stories,” said Gideon Taylor. “We need to understand why we aren’t doing better in educating a younger generation about the Holocaust and the lessons of the past. This needs to serve as a wake-up call to us all, and as a road map of where government officials need to act.”

We calculated our Holocaust “knowledge score” by using the percentage of Millennials and Gen Z adults who met all three of the following criteria: 1) have “Definitively heard about the Holocaust,” AND 2) can name at least one concentration camp, death camp, or ghetto, AND 3) know that 6 million Jews were killed in the Holocaust.

Responsibility for the Holocaust

“We came to realize that, although a number of states already mandate Holocaust education which is an excellent first step,” said Claims Conference Holocaust task force leader Matthew Bronfman. “For the mandates to have a significant effect in classrooms there must be state funding to support the mandates. The Holocaust is a broad topic. Specialized teacher training and thoughtfully developed curriculum are needed for students to benefit.”

Claims Conference Executive Vice President Greg Schneider said of the survey, “Not only was their overall lack of Holocaust knowledge troubling, but combined with the number of Millennials and Gen Z who have seen Holocaust denial on social media, it is clear that we must fight this distortion of history and do all we can to ensure that the social media giants stop allowing this harmful content on their platforms. Survivors lost their families, friends, homes and communities; we cannot deny their history.” The Claims Conference recently launched #NoDenyingIt, a digital campaign in which survivors, in personal and moving videos appeal directly to Facebook CEO Mark Zuckerberg – imploring him to remove Holocaust denial from his platform. The survey findings underscore the importance the urgent need to understand the Holocaust denial is hate speech and to remove denial of this critical historic event.

A U.S. Millennial Holocaust Knowledge and Awareness Survey task force led by Claims Conference Board member Matthew Bronfman, was comprised of Holocaust survivors as well as historians and subject matter experts from museums, educational institutions and leading nonprofits in the field of Holocaust education, including Yad Vashem, the United States Holocaust Memorial Museum, the Claims Conference and George Washington University.