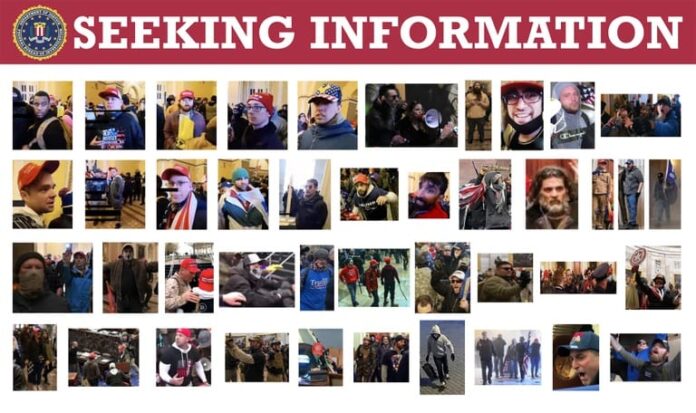 The FBI’s Washington Field Office has released 11 new videos of suspects in violent assaults on federal officers during the riots at the U.S. Capitol on January 6, 2021, and is seeking the public’s help to identify them. The 11 new videos depict suspects seen forcefully attacking law enforcement officers.

Investigating the violent assaults on law enforcement officers committed during the January 6 attack on the Capitol has been a priority for the FBI. With the assistance of hundreds of thousands of tips from the American people, the FBI has arrested more than 500 individuals who took part in the Capitol riots. Of those, more than 100 were arrested for assaulting law enforcement officers. However, some of the most violent offenders have yet to be identified, including the 11 individuals seen assaulting officers in the video footage released Tuesday.

“As we mark six months since the violence at our nation’s Capitol, we continue to encourage the public to send tips to the FBI. As we have seen with dozens of cases so far, the tips matter,” said Steven M. D’Antuono, assistant director in charge of the FBI’s Washington Field Office. “Tipsters should rest assured that the FBI is working diligently behind the scenes to follow all investigative leads to verify tips from the public and bring these criminals to justice. To date, the FBI has arrested more than 500 individuals for criminal activity on January 6. The public has provided tremendous assistance to this investigation, and we are asking for additional help to identify other individuals for their role in the violence at the U.S. Capitol.”

To view photos and videos of additional individuals the FBI is seeking to identify, visit fbi.gov/capitolviolence. If you have any information on the individuals depicted in the videos or the photo gallery, please call 1-800-CALL-FBI or submit a tip online at tips.fbi.gov. Please reference the AFO number when calling or submitting information online.

Suspects in previously released videos have been arrested because of valuable assistance from the public. They are Reed Christensen (AFO #191), Jonathan Munafo (AFO #170), Nicholas Brockhoff (AFO #255), and Geoffrey Sills (AFO #153). More information on those arrested and charged is available at the Department of Justice’s Capitol Breach Cases site.