This week, suspicious packages were received at multiple locations in the New York and Washington, D.C., areas, Delaware, California and Florida. The packages are being analyzed at the FBI Laboratory in Quantico, Va.

“This investigation is of the highest priority for the FBI. We have committed the full strength of the FBI’s resources and, together with our partners on our Joint Terrorism Task Forces, we will continue to work to identify and arrest whoever is responsible for sending these packages,” said FBI Director Christopher Wray. “We ask anyone who may have information to contact the FBI. Do not hesitate to call; no piece of information is too small to help us in this investigation.”

The packages are similar in appearance, as depicted in the below photograph, and contain potentially destructive devices.

The packages were mailed in manila envelopes with bubble wrap interior. The packages were affixed with computer-printed address labels and six Forever stamps. All packages had a return address of “DEBBIE WASSERMAN SHULTZ” [sic] in Florida. Packages identified to date were addressed to:

The package addressed to former Attorney General Holder did not reach its intended destination, but was rerouted to the return address in Florida.

It is possible that additional packages were mailed to other locations. The FBI advises the public to remain vigilant and not touch, move or handle any suspicious or unknown packages.

If you have information about these packages, please contact the FBI at 1-800-CALL-FBI or tips.fbi.gov. If you observe any suspicious activity that requires an immediate response, please call 911 or contact your local law enforcement. 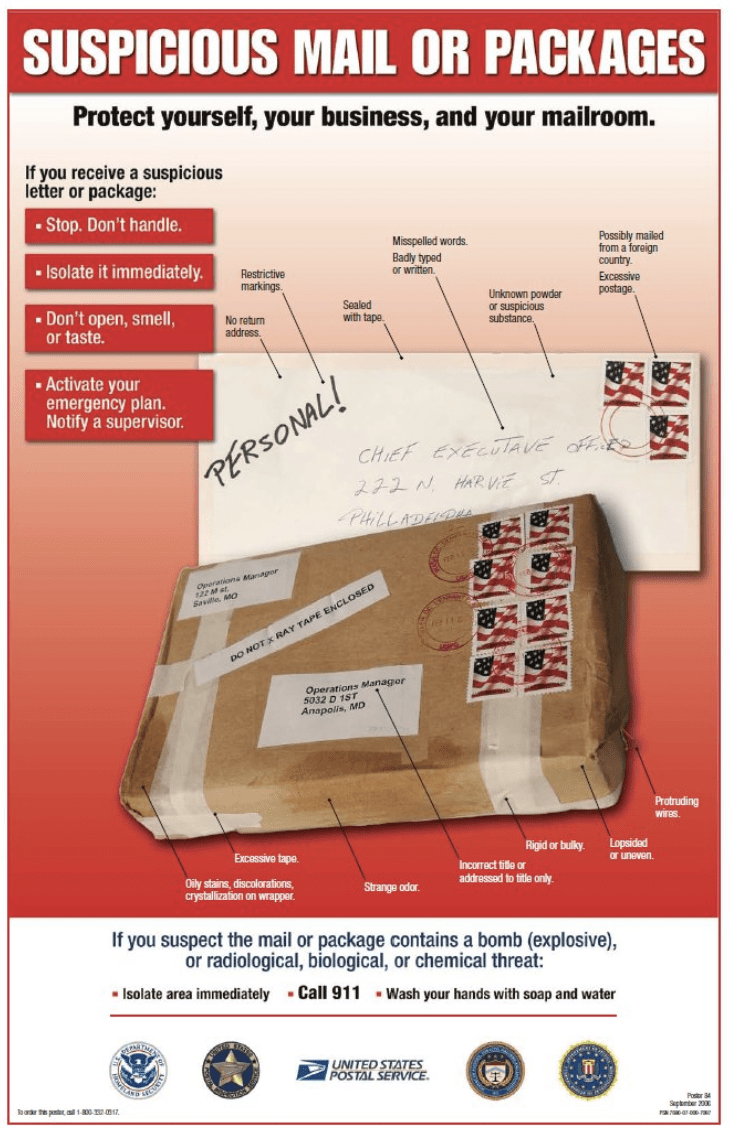