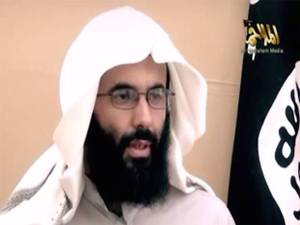 On April 14, 2015, Al Qaeda in the Arabian Peninsula (AQAP) released a statement claiming that former GITMO detainee Sheikh Ibrahim Al Rubaish – also known as Ibrahim Sulayman Muhammad Al Rubaysh — a top religious figure in the group, who, AQAP said, was killed the previous night in a US drone strike.

The Obama administration hasn’t commented on whether the former GITMO detainee was in fact killed, or whether if he was, his whereabouts was divulged by someone seeking the $5 million bounty the US had put on his head.

AQAP said Al Rubaish, along with a number of other AQAP jihadists, died in a "Crusader airstrike.”

Rubaysh was captured in 2001 and spent five years at GITMO before the Bush administration released him into Saudi custody on December 13, 2006 – only weeks after Joint Task Force GITMO (JTF-GITMO) declared for the second time that he should remain in “detention under DoD control.” He escaped from the Saudis and became AQAP’s spiritual leader, jihadi recruiter, and, some counterterrorism intelligence officials believe, Islamic State (ISIS) Caliph Abu Bakr Al Baghdadi’s link to AQAP in Yemen.

Indeed, according to Western counterterrorism intelligence officials, Rubaysh was instrumental in being a conduit between Al Qaeda and Al Baghdadi.

Last year in a video recording, Rubaysh openly welcomed ISIS’s seizure of huge swaths of Iraq and Syria, saying, "I ask God that efforts are united to target the enemies of the religion.”

In 2013, Rubaysh called for jihad against Americans, saying, “It is my duty to spur the Muslims to kill the Americans, to get them out of the Muslims’ land.”

Following his return to jihad, the Department of State’s Rewards for Justice program put a $5 million bounty on his head and classified him a Specially Designated Global Terrorist.

When Rubaysh was captured, according to his leaked classified JTF-GITMO file, he had a “bank receipt” from Saudi Arabia’s largest private bank, Al Rajhi Banking and Investment Corporation, which changed its name to Al Rajhi Bank in February 2006. In its July 2012 investigative report, US Vulnerabilities to Money Laundering, Drugs, and Terrorist Financing: HSBC Case History, the Senate Committee on Homeland Security and Governmental Affairs Permanent Subcommittee on Investigations stated a “2003 CIA report allegedly stated [Islamist] extremists ‘ordered operatives in Afghanistan, Indonesia, Pakistan, Saudi Arabia, Turkey and Yemen’ to use Al Rajhi Bank.”

And many jihadis released from GITMO did, too, as Homeland Security Today in January reported in a lengthy investigative report on the vilest of the vile who’ve been released from GITMO, or who otherwise had been in Defense Department custody, including the leader of the Islamic State (ISIS), who’ve either returned to jihad or are expected to soon rejoin the ranks of jihadis.

“After the 9/11 terrorist attack in 2001,” the committee report stated, “evidence began to emerge that Al Rajhi Bank and some of its owners had links to financing organizations associated with terrorism, including evidence that the bank’s key founder was an early financial benefactor of Al Qaeda.”

According to the 339-page report, “In 2007, additional information surfaced about Al Rajhi Bank’s possible links to terrorism, including articles on a 2003 report by the CIA titled, Al Rajhi Bank: Conduit for Extremist Finance, which found that ‘[s]enior Al Rajhi family members have long supported Islamic extremists and probably know that terrorists use their bank.”

According to AQAP’s statement about Rubaysh’s death, he’d made a jihad journey that was nearly two decades long in which he fought the US and its agents and spent time incarcerated at GITMO.

AQAP’s statement “termed the latter a period of preparation and a break for a mujahid,’” said the Middle East Media Research Institute (MEMRI).

Following his release from GITMO, the statement said, Rubaysh joined AQAP and insisted on leading the lines in jihadi battles against the "enemies of Allah."

“Besides fighting in battles, the statement underlined Rubaysh’s leading role as an educator and a caller for Islam,” MEMRI said. “His work in that area [AQAP’s statement] said, made him one of the pillars of jihad in the Arabian Peninsula. He also, according to the statement, ensured that thejihad there would remain in the middle path, without going to either extreme.”

"Sheikh Ibrahim Al Rubaish … taught us how the hijra for Allah’s path, the jihad [for his sake], and da’wa, should [all] be," AQAP’s statement emphasized.

MEMRI said, “The statement also urged other Islamic scholars to follow in Al Rubaish’s footsteps, and noted that Al Rubaish’s blood should serve as a call for them to join the ‘arenas of sacrifice and jihad … education and da’wa.’”

“Addressing mujahideen everywhere, the statement reaffirmed that the death of jihad figures would not affect the jihad, and urged them to remain steadfast,” MEMRI said AQAP’s message read.

Homeland Security Today‘s investigative report details the vilest of the vile who’ve been released from GITMO, or who otherwise had been in Defense Department custody.

As pointed out in the report, detainees known to have returned to jihad are those who’ve made it perfectly clear they have — the most savage of whom is the former leader of Al Qaeda in Iraq, the proclaimed Islamic State Caliph Abu Bakr Al Baghdadi. While he wasn’t detained at GITMO, he was a detainee at the largest US run detention facility in Iraq, Camp Bucca near Umm Qasr, which was named in memory of FDNY Fire Marshal Ronald Bucca who was killed in the 9/11 attack.

Al Baghdadi was among prisoners the administration freed in 2009 as Obama wound down the US’s presence in Iraq.

Army Col. Kenneth King, the commanding officer of Camp Bucca when Al Baghdadi was released, has said he remembers Al Baghdadi saying, ‘I’ll see you guys in New York.’” King noted Al Baghdadi was aware many of his captors were reservists with the 306 Military Police Battalion based in Long Island, New York that included members of the New York police and fire departments.