Funder of ISIS Foreign Fighter Sentenced to 15 Years in Prison 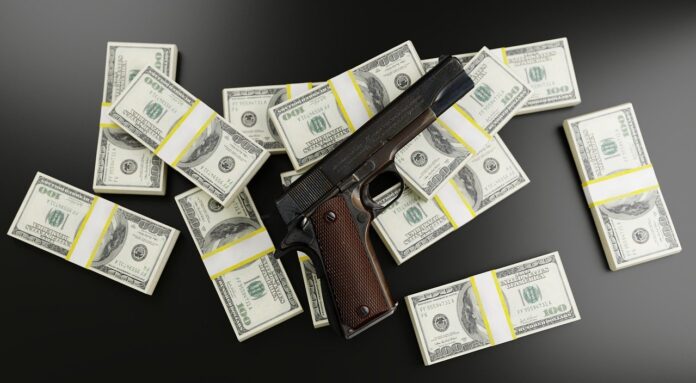 A citizen of Uzbekistan and resident of Brooklyn was sentenced Friday to 15 years in prison for conspiring to and attempting to provide material support to a designated foreign terrorist organization, the Islamic State of Iraq and al-Sham (ISIS).

Dilkhayot Kasimov, 34, was convicted of both counts following a one-week trial in September 2019. According to court documents, in 2015, Kasimov’s co-conspirators Abdurasul Juraboev and Akhror Saidakhmetov planned to travel to Syria to fight on behalf of ISIS. Kasimov provided money – his own and cash collected by others – to help fund Saidakhmetov’s travel and expenses. On the evening of Saidakhmetov’s scheduled departure in February 2015, Kasimov drove to John F. Kennedy International Airport, met Saidakhmetov at the terminal and handed him $1,600 in cash on behalf of himself, co-conspirator Abror Habibov and others.

“Kasimov is an ISIS supporter who collected and gave money to another individual to fund his travel to join the terrorist group. With this sentence, Kasimov is being held accountable for his crimes,” said Assistant Attorney General for National Security Matthew G. Olsen. “The National Security Division is committed to identifying and holding accountable those who seek to provide material support to foreign terrorist organizations. I would like to thank all of the agents, analysts and prosecutors who are responsible for this case.”

“Today’s sentence demonstrates the significant consequences for those who help terrorist groups, including by facilitating travel of others to join ISIS,” said U.S. Attorney Breon Peace for the Eastern District of New York. “Kasimov was part of a group of individuals who sought to travel to Syria to join ISIS or to fund others who sought to become foreign fighters for ISIS. The Department of Justice and our law enforcement partners will continue working relentlessly to protect our country from terrorists and those who would provide support to them.”

“Providing financial support to potential ISIS-inspired foreign fighters comes with a stiff penalty,” said Assistant Director in Charge Michael J. Driscoll of the FBI New York Field Office. “As Kasimov learned today, his actions will cost him 15 years behind bars. The FBI continues to make every effort to protect Americans at home and abroad and to bring other like-minded criminals to justice.”

Co-defendants Juraboev and Saidakahmetov were each sentenced to 15 years’ imprisonment, while co-defendant Azizjon Rakhmatov was sentenced to 12.5 years’ imprisonment. Habibov and co-defendant Akmal Zakirov are awaiting sentencing. A seventh co-conspirator, Dilshod Khusanov, who was charged in a separate indictment, pleaded guilty to conspiracy to provide material support to designated foreign terrorist organizations and is scheduled to be sentenced on July 5.

The FBI investigated the case, with valuable assistance provided by the New York City Police Department.