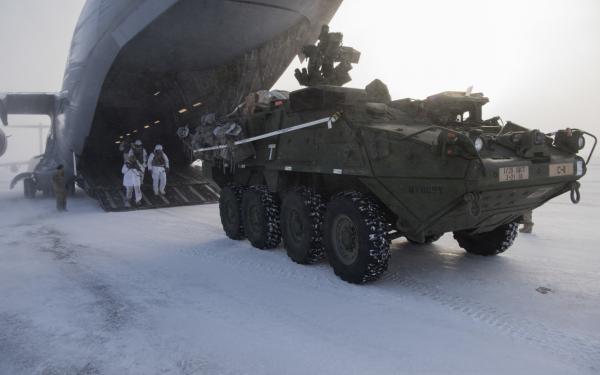 A GAO report has found that the Defense Department should fully address security assistance planning elements in global train and equip projects, in order to counter terrorism.

The department obligated $3.7 billion of $4.1 billion allocated for the Global Train and Equip program between 2009 and 2017 to build partner nations’ capacity to counter terrorism. DoD increased allocations for the program in 2016, responding to an influx of funding from appropriations to the Counterterrorism Partnerships Fund. As of December 2017, DoD had disbursed about $2.5 billion of the obligated funds.

Global train and equip project proposals for 2016 and 2017 consistently addressed only one of four elements of security assistance planning outlined in Presidential Policy Directive 23. GAO found all 72 proposals in those years included the first element, project objectives. From 2016 to 2017, the percentage of proposals addressing the second element — absorptive capacity — rose from 32 percent to 84 percent. Most 2016 and 2017 proposals included the third element, baseline assessments, but fewer than three-quarters included complete sustainment plans, the fourth element.

DoD guidance for 2016 and 2017 did not include instructions for addressing project sustainment when sustainment was not anticipated, though the 2017 guidance included instructions for addressing the other three planning elements. According to DoD officials, they have developed an informal quality review process to better ensure that 2018 project proposals address all four planning elements. However, DoD has not formalized this informal process as written policy.Standards for Internal Control in the Federal Government calls for documenting internal control activities and policies. Formalizing the proposal review process would help DOD provide consistent oversight of project development and ensure access to complete information about each planning element, including sustainment needs. Such information is critical in helping decision-makers ensure efficient use of funding to build partners’ capacity.

DoD reporting for 2016 and 2017 indicates progress in building partner capacity to combat terrorism and conduct stability operations as well as factors affecting the progress achieved. According to DoD documents, partner nation recipient units’ overall capabilities were greater after implementation of eight of 21 global train and equip projects, and some of the remaining 13 projects produced some positive results. DoD documents and officials also identified factors — such as equipment suitability and procurement issues — that may have limited the achievement of project objectives.

GAO recommends that the director of the Defense Security Cooperation Agency update guidance for project proposal packages to require an explanation when sustainment plans are not documented for projects for which sustainment is not intended or anticipated, and should formalize as written policy its informal process for ensuring that project proposal packages fully address and document all four required security assistance planning elements.